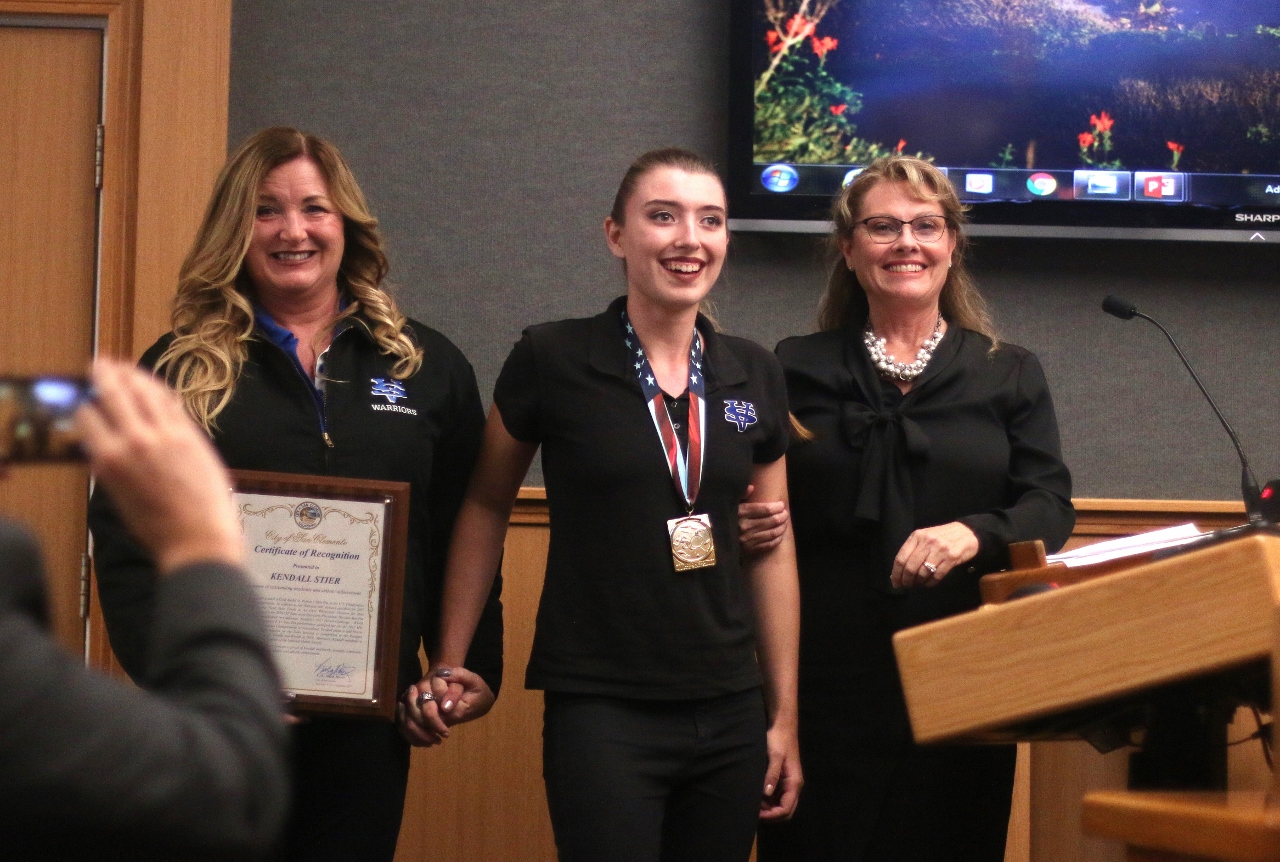 Stier was born with cerebral palsy and advocates for awareness of the condition as well as help inform other students with disabilities that there are sports available to them.

“While I am proud to hold the state and national championship titles, I am more passionate about informing other disabled high school students, who are often rejected when it comes to sports,” Stier said during her acceptance speech of the city’s plaque.

Stier also mentioned athletic scholarships are now available at some colleges for student athletes with disabilities.