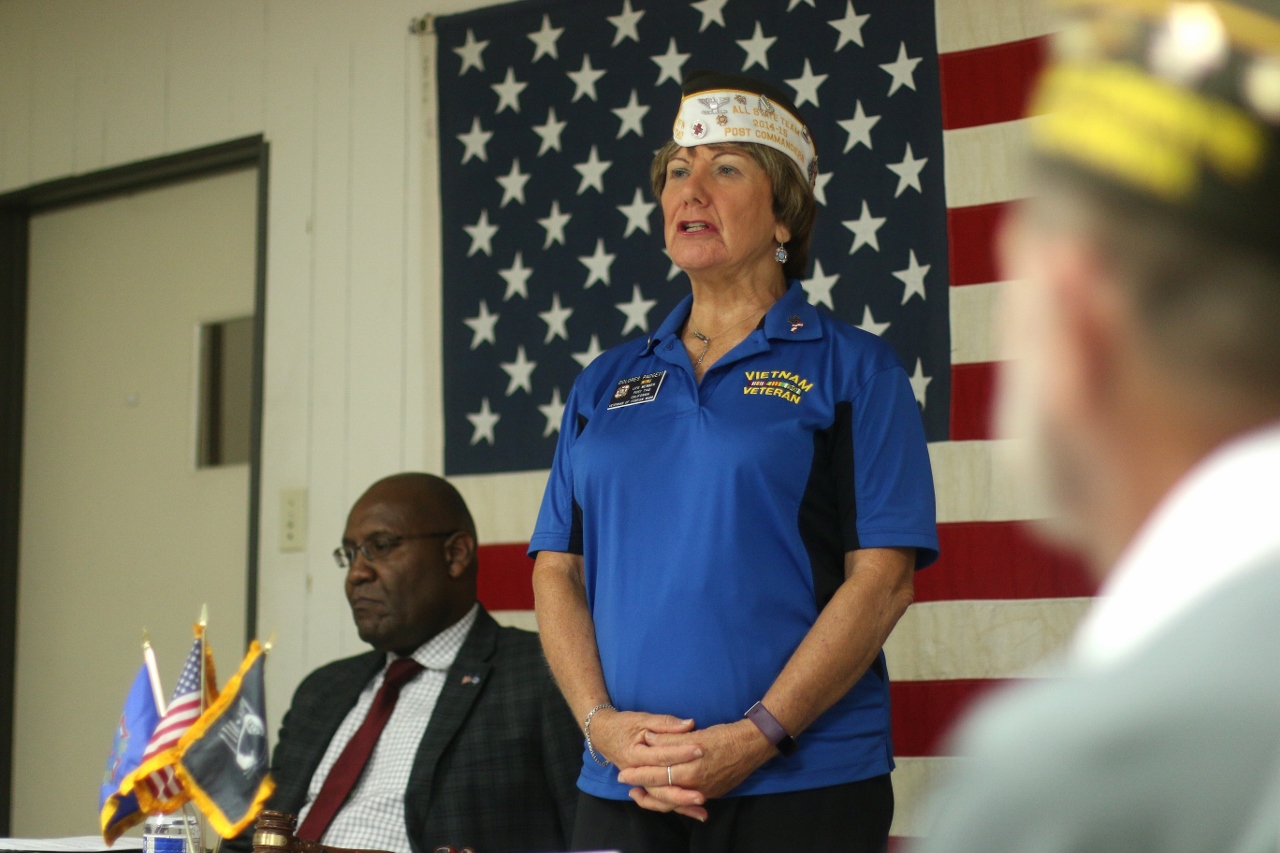 A group of U.S. military veterans gathered around brown picnic tables and a wall-size American flag in the background on Aug. 9 at the Elks Lodge in San Clemente.

All of them wearing their Veterans of Foreign Wars (VFW) caps, the consortium of VFW Post 7142 in San Clemente contemplated the best strategy for going forward.

“We need everyone to sign up for at least one shift for the Buddy Poppies,” Wayne Greenleaf announced during the meeting. Greenleaf was in the Navy for 30 years. He now serves as the Sr. Vice Commander of the 7142 post.
“As you know, we normally do four stores. This past Memorial Day, we were unable to man four stores, we did three. The Sea Cadets were very helpful to us.”

According to tax forms as well as the VFW Board of Trustees minutes, Post 7142 has been operating at a five-figure deficit for the last 10 years, if not longer. The post had to sell its headquarters years ago in order to make up the difference.

Investments were made starting in 2006 with the money it had and some of the $250,000 it received from the sale of the headquarters, but those investments haven’t generated much in returns, officials said.

VFW Post 7142 Commander Dolores Padgett speaks during a board of trustees meeting on Aug. 9, at the Elks Lodge in San Clemente. Photo: Eric Heinz

VFW Post 7142 chaplain Mike Weichman leads the post’s board of trustees in an invocation prior to its Aug. 9, meeting at the Elks Lodge in San Clemente. Photo: Eric Heinz

VFW Post 7142 Commander Dolores Padgett speaks during a board of trustees meeting on Aug. 9, at the Elks Lodge in San Clemente. Photo: Eric Heinz

Full Bird Col. Dolores Padgett, commander of Post 7142, said the post was unable to afford the maintenance of the facility and its property taxes.

“We go into deficit of about $35,000 a year, pulling off the investments,” Padgett said. “We would like to raise $15,000 a year, and we were doing well the last five years, but it’s hard work out there eight hours (collecting money), but a lot of people don’t understand the costs.”

Padgett, a Vietnam veteran, said she first tried to join a VFW branch in Northern California, but at the time she wasn’t welcome because she was a woman.

“We put out over $30,000 a year to veterans and community programs,” Padgett said.

Some of those donations go to the Boys & Girls Club of the South Coast Area, Wounded Warriors Foundation, the Paraplegic Wheelchair Game and the traveling Vietnam Wall in Dana Point.

But the revenue stream has been a meager $11,000 on average during the last few years. The Buddy Poppies, which are distributed around Memorial Day Weekend, only bring in about $5,000. Many of the poppies, which are worn in support of military veterans who were killed in combat, are made by disabled veterans.

If things don’t change, Padgett said Post 7142 may be able to operate and donate the way it does for only another four or five years. Some of the lack of membership is attributed to older veterans dying from age or other ailments, but Padgett said it’s important the post reach out to newer, younger veterans.

Post 7142 has about 100 members who are registered with the post, but not all are or can be as active. Five of the veterans are in their 90s or older. Volunteerism is welcome, but for the most part the VFW focuses on its own.

“Luckily, our retention has been very good,” Padgett said. “Unfortunately, we’ve had a lot of deaths in this post over the last two years, and we need to replace our World War II guys.”

Padgett told the board she’s made it a priority to ask people who wear military garb if they are eligible to join the VFW, but it hasn’t been easy. She said maintaining and gaining membership is how the post is able to stay “politically charged” to receive benefits for veterans and retirees.

They also try to arrange trips for members to visit the spinal injury ward of the VA hospital in Long Beach.

Post 7142 is trying to set up a “Stand Down” for homeless veterans in the area, an effort in which they peruse local communities in search of veterans who ended up on the streets.

“We’re going to try to have one where they are; some are on the beach or here or there,” Padgett said. “We’re going to go down and talk to them, but we don’t want to invade (their privacy). The word will get out.”

Padgett said, based on her experiences working in a hospital as a nurse, that San Clemente has at least 70 homeless veterans who live in the area full-time.

“It’s been really difficult not having the hospital here,” she said.

The VFW members said they will host a birthday party for local 100-year-old veteran Robert Hayden on Thursday, Sept. 7. The next meeting of the VFW Board of Trustees is at 7 p.m. (1900 hours) on Wednesday, Sept. 13, at the Elks Lodge, located at 1505 N. El Camino Real.

For more information on VFW Post 7142, visit www.vfw7142.com. The VFW provides information for veterans who are homeless on its website’s homepage.