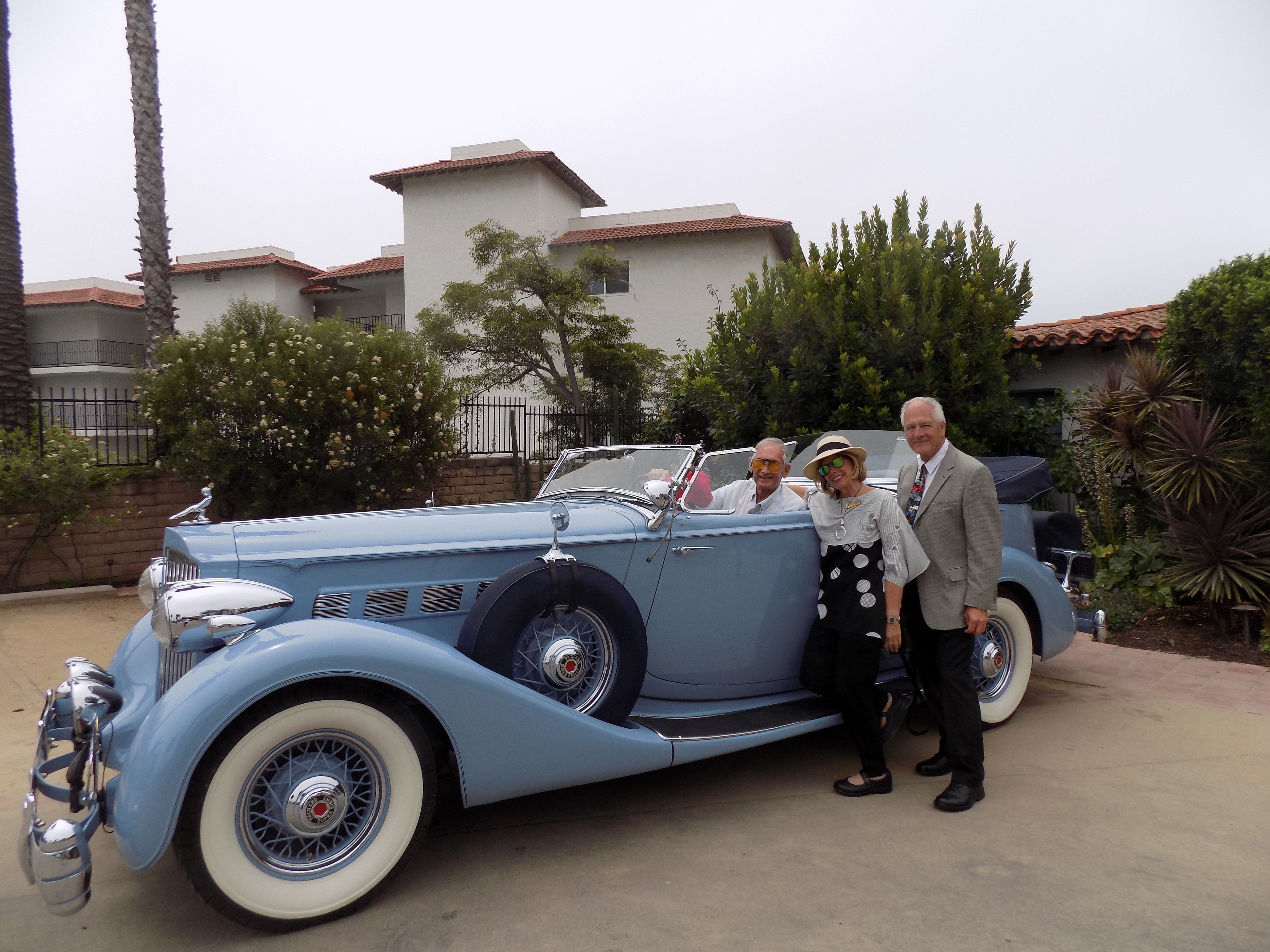 Members of Packard Club of San Diego lined the parking lot of Casa Romantica with nearly two dozen classic Packard automobiles from the 1930s through the 1950s on Saturday, July 13.

The group of nearly 40 were entertained with a tour of the historic home by volunteer docents Sandy Wheeler and Lou Leto before departing on a driving tour around San Clemente.

With 70 members and more than 100 Packards, the Packard Club of San Diego is on the road at least once a month, showing offer their restored motorcars to the public in caravans, car shows, and parades in and around San Diego County.

Earning nicknames such as “The Soft Spoken Boss of the Road” and the “America’s Rolls Royce,” Packard was an American luxury car brand built by the Packard Motor Car Company of Detroit. The first Packard cars were produced in 1899, and the last Detroit-built Packard came out in 1956.