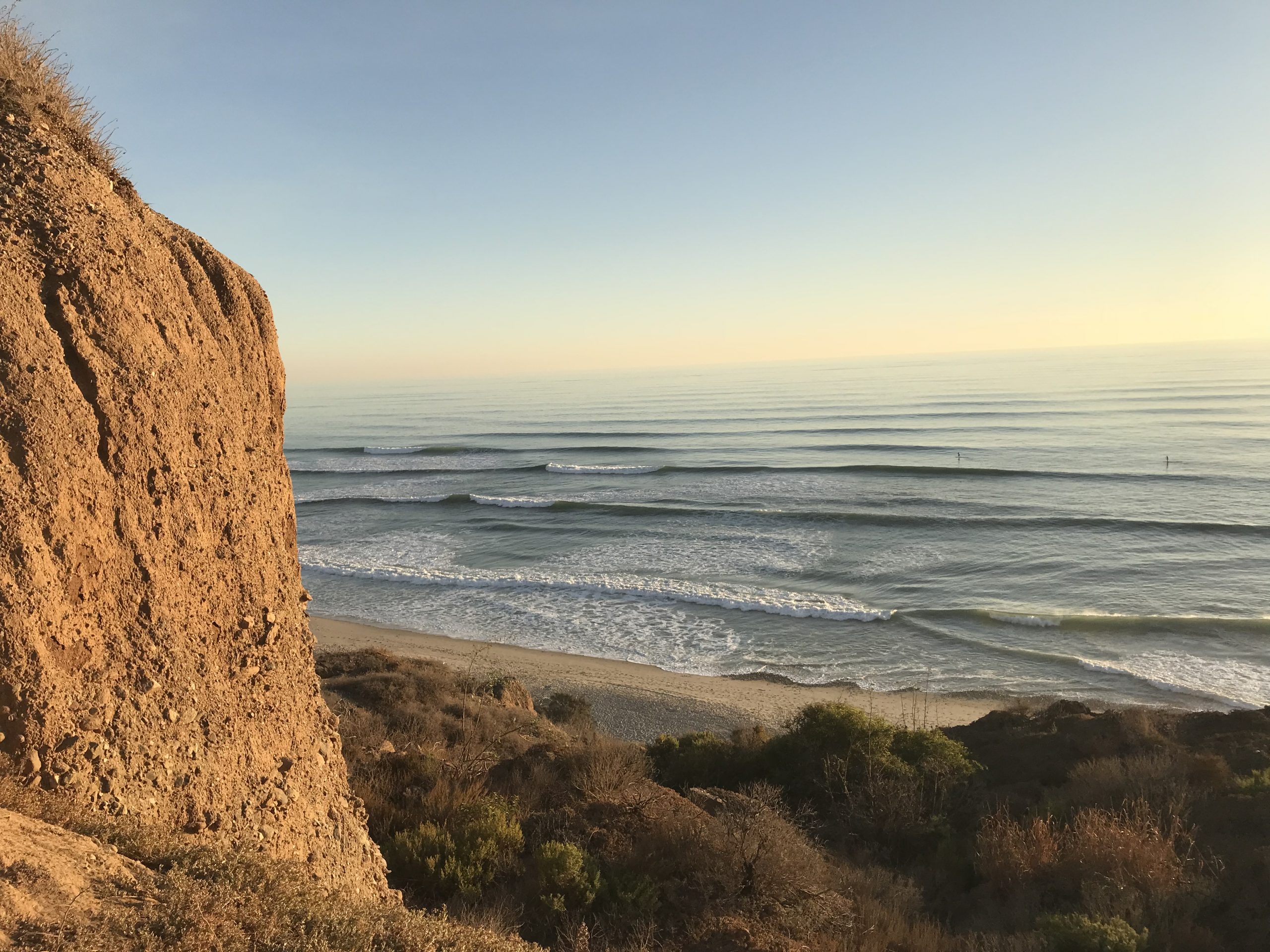 “At any given day at San Onofre, you will see four generations of surfers in the water,” explained Matuszak, author of San Onofre: Memories of a Legendary Surfing Beach.

“You’ll see surfers as young as 6 years old, and you’ll see surfers that are in their early 80s, and everything in between,” he added. “It’s a very remarkable culture, unlike anything you’ll find anywhere in the world.”

“I became involved in this project through an old surfing buddy of mine named Wally Duesler,” Matuszak recalled. “At some point in his early 90s, as he was telling me stories of San Onofre in the early days—and he began surfing at San Onofre in 1937—I said, ‘Wally, somebody else has got to hear these stories.’ ”

After news of the project spread to Duesler’s surfing contemporaries, many invited Matuszak to hear their stories.

“They opened up their family photo albums, and I scanned hundreds of photographs of the earliest days of California surfing, going all the way back to the 1930s,” Matuszak said. “I was very fortunate to do this when I did, because all but one of these surfers have passed now.”

In his presentation with the Dana Point Historical Society, Matuszak discussed different theories as to how surfing began. It started in either Africa, Polynesia, or Peru, Matuszak explained, and surfing almost disappeared entirely in the 1800s.

Dispelling a common myth about Southern California missionaries and surfing, Matuszak explained that his research discovered that many missionaries were supportive of surfing. The true reason for surfing’s near disappearance was that many of the surfers were a part of the colonialist workforce, Matuszak said. It was not until the late 1800s, when the tourist industry picked up steam, that surfing reemerged.

Matuszak explained that many surf spots were named after landmarks nearby. Before there was GPS, he noted, people had to navigate by landmarks, so when they searched for their favorite surf spot, they looked to landmarks to mark it.

For example, Trestles Beach was named for the bridge nearby, and the surfing spot “Churches”—at the north end of Trestles—was named for a church that opened in 1943 at Camp Pendleton.

Matuszak’s 1,500-page, coffee-table anthology chronologizes “the entire surfing experience from the beginning of time.” According to Matuszak, his book is commonly referred to as the “Bible of surfing.”

More information on Matuszak’s books can be found at pacificsunset.com/publishing.