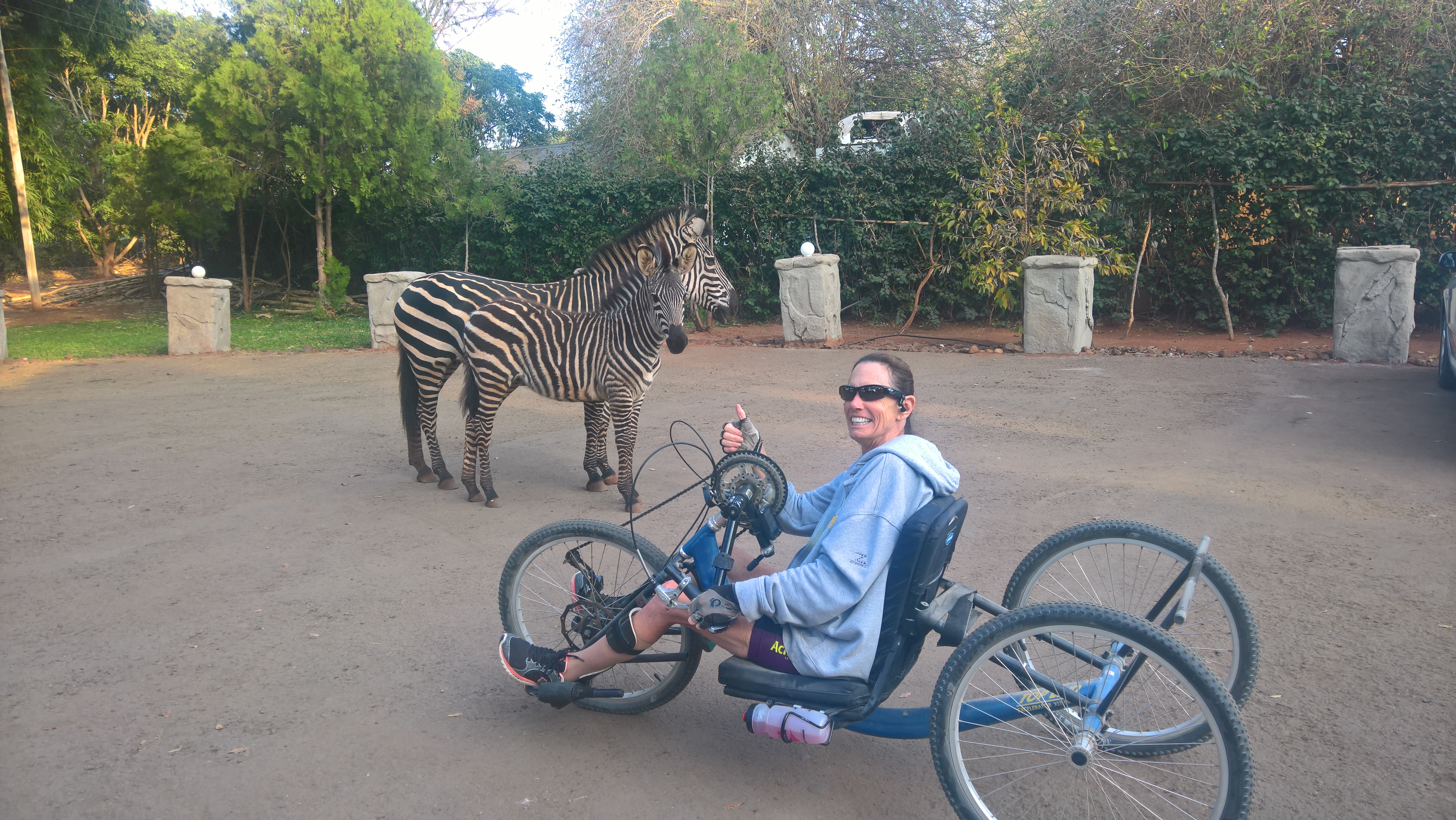 Sanden, who suffered a cycling accident several years ago and was left partially paralyzed from the waist down, completed seven marathons in seven different African countries in eight days.

Last year, Sanden accomplished her longtime goal of completing a marathon on her custom hand-cycle on every continent on Earth. This year, she wanted to continue to set the bar high and focused on training for her African journey.

Sanden completed the Southern African Challenge, which features marathons in South Africa, Lesotho, Swaziland, Botswana, Zimbabwe, Namibia and Zambia. She began the trek on July 29 and finished on August 5, which happened to be her birthday.

Sanden said a group of 20 marathoners attempted the journey, but only 11 finished. Sanden said road conditions, as well as altitude, made the experience difficult at times.

There were also a lot of logistical hurdles to overcome. Each marathoner had to have the proper travel visa, and punctuality was crucial. Several countries had strict border closure times, which forced some marathoners to begin as early as 2:30 a.m. In Lesotho, the group’s marathon was confined to the immediate area surrounding several international embassies and they were monitored by armed guards.

Sanden saw an abundance of wildlife, including giraffes in Swaziland. Elephant sightings in Botswana forced the race director to alter the route several times out of fear of the animals charging.

“You had to dig down deep and pray a lot to get this done,” Sanden said. “I believe (marathons) on Antarctica and the North Pole were extremely hard, and this African challenge was right up there with those two races.”

For her next feat, Sanden is contemplating a Caribbean marathon challenge or a seven-marathon journey through the Southeastern United States.