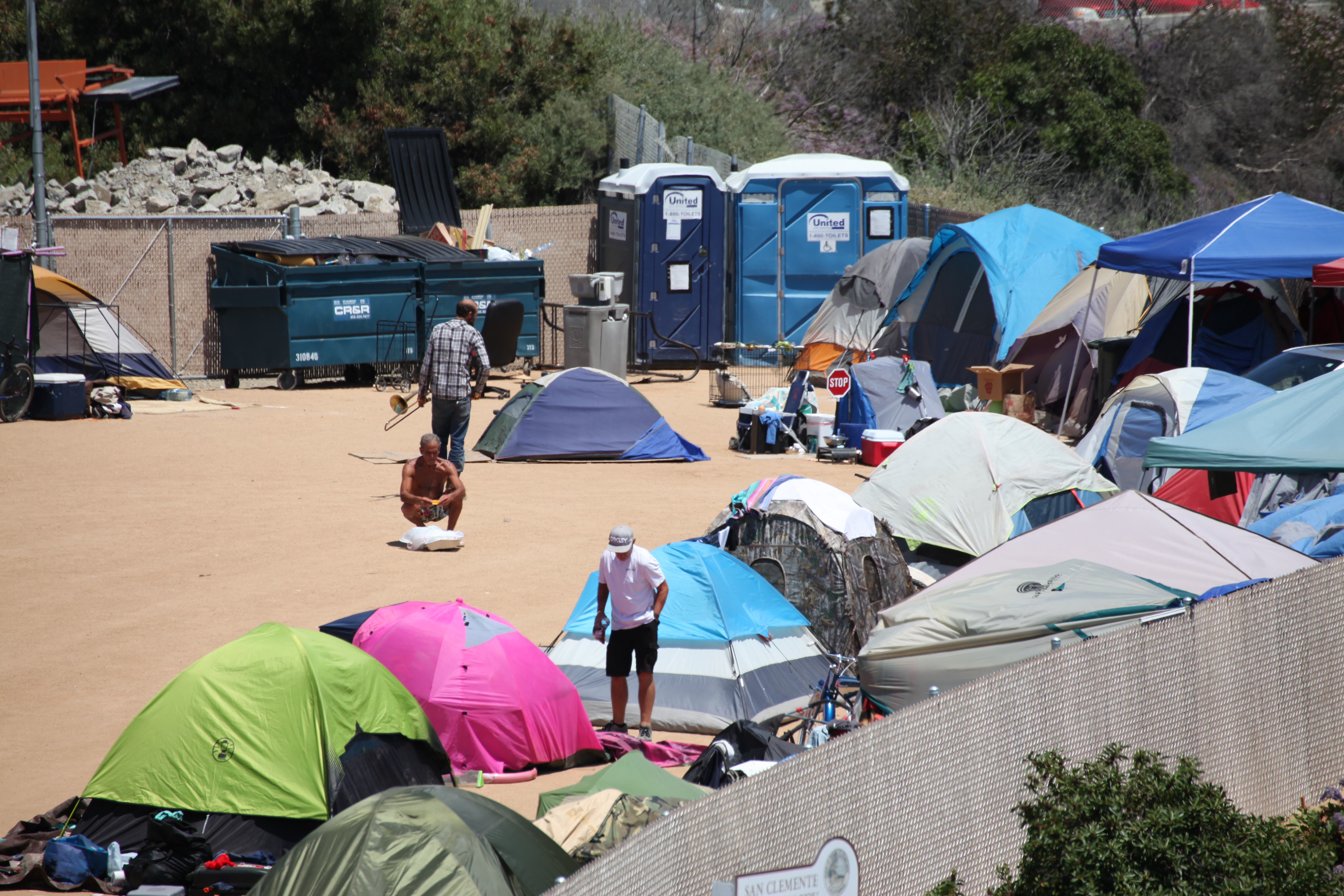 Editor’s note: This article has been updated to include comments from the Orange County Register.

The City of Santa Ana filed a lawsuit against the County of Orange, as well as the three South Orange County cities of Dana Point, San Clemente and San Juan Capistrano this week, alleging that the municipalities have leaned heavily on Santa Ana to take on the homelessness crisis.

In the complaint filed in federal court on Monday, Jan. 13, Santa Ana accuses the three South County cities of opposing and refusing to establish their own homeless shelters and has instead relied on the Orange County Armory Emergency Shelter Program at the National Guard Armory in Santa Ana (Santa Ana Armory) to resolve their homeless woes.

“Despite state requirements for each city to provide housing for homeless individuals, Defendants have made insubstantial progress or failed to do so entirely, instead unfairly shifting their obligations to Santa Ana,” the filing states.

In response to the lawsuit, San Clemente Mayor Dan Bane called Santa Ana’s refusal to allow other cities’ homeless to access the armory “absurd” when it’s meant to be a countywide resource that’s funded in part with grants.

“The notion that certain cities can’t have access  . . . I find absurd, particularly given that countywide resources were provided for those programs,” Bane said.

“So, honestly, what this lawsuit appears to be about, is Santa Ana is telling San Clemente and all cities, even though this is a countywide resource, we don’t want cities to have access to a county resource because this is ‘dumping,’ ” Bane added.

Orange County Board Supervisor and Chairperson Lisa Bartlett said the county would continue to work with all of its cities to combat homeless issues.

“Each community is facing different challenges surrounding homelessness and is responding and dealing with those issues as they feel appropriate,” Bartlett said in an email response. “The County as well as the South County cities have placed homelessness as a top priority issue to address with both short- and long-term solutions.”

As of this posting, officials from San Juan Capistrano had not responded to requests for comment.

“As a direct and proximate result of Defendants’ acts and omissions, Santa Ana has been compelled to spend millions of dollars from its general fund budget to address a myriad of health and safety concerns attributable to Santa Ana’s homeless population,” according to the suit.

The city goes to on to allege that the county and three cities have encouraged the establishment of homeless services within its city limits, with the knowledge that Santa Ana’s population of roughly 341,000 is 78% Hispanic and has a median household income that’s near the lowest of all cities in the county.

“This practice has continued unabated for years, as only underscored by the plan by Defendant County to site a replacement shelter for The Courtyard within Santa Ana and the plan by Defendants Dana Point, San Clemente, and San Juan Capistrano Cities . . . to transport their homeless residents to the Santa Ana Armory,” the lawsuit states.

In a letter to Santa Ana’s legal counsel, Dana Point City Attorney Patrick Muñoz denies the accusations that Dana Point has any custom, policy or practice to transport homeless individuals to the Santa Ana Armory.

“To be clear, Dana Point has no such practice, and has never transported, or arranged for the transportation of any homeless person to the Armory. It cannot be held responsible for or bound by the alleged practices of nearby cities,” Muñoz states in the letter.

The City of Santa Ana has referred to an Orange County Register article that reports that Dana Point and San Juan Capistrano are to join San Clemente in sharing the cost for transportation to the Armory.

“This allegation lacks any evidentiary support and is completely baseless,” Muñoz states. “… Dana Point seeks to avoid spending any additional time, judicial resources, and taxpayer dollars on this baseless and frivolous lawsuit.”

The letter also demands that City of Santa Ana remove City of Dana Point from the suit.

San Clemente Times reached out to the Register for comment regarding contradictions to its reporting.

“Our only comment on this is: We stand by our story,” said Todd Harmonson, a senior editor at the Register.

Bane echoed Muñoz’s sentiment, stating that, to his knowledge, not a single homeless individual in San Clemente accepted the city’s offer for roundtrip transport to and from the armory.

“The idea was, when it’s winter months and rainy, to provide access to beds  . . . they serve a purpose because it’s dangerous on the street when its rainy and wet,” Bane explained. “The city was willing to provide transport back and forth.”

The city of Santa Ana is seeking monetary damages as a reimbursement for the costs associated with providing homeless-related services and resources. It’s also seeking a prohibition of transporting homeless individuals to the Santa Ana Armory for sheltering purposes.

Santa Ana also sought a temporary restraining order (TRO) against the defendants to halt such actions while the case proceeds, citing comments from San Clemente officials who planned to transport the city’s homeless population to the public armories in Santa Ana and Fullerton.

On Tuesday, Jan. 14, Judge David O. Carter denied the request, noting that the harms Santa Ana claims are “too speculative and remote to warrant the immediate interim relief of a TRO,” court documents show.

A preliminary injunction hearing to hear from all parties has been scheduled for Feb. 4, at 8 a.m.