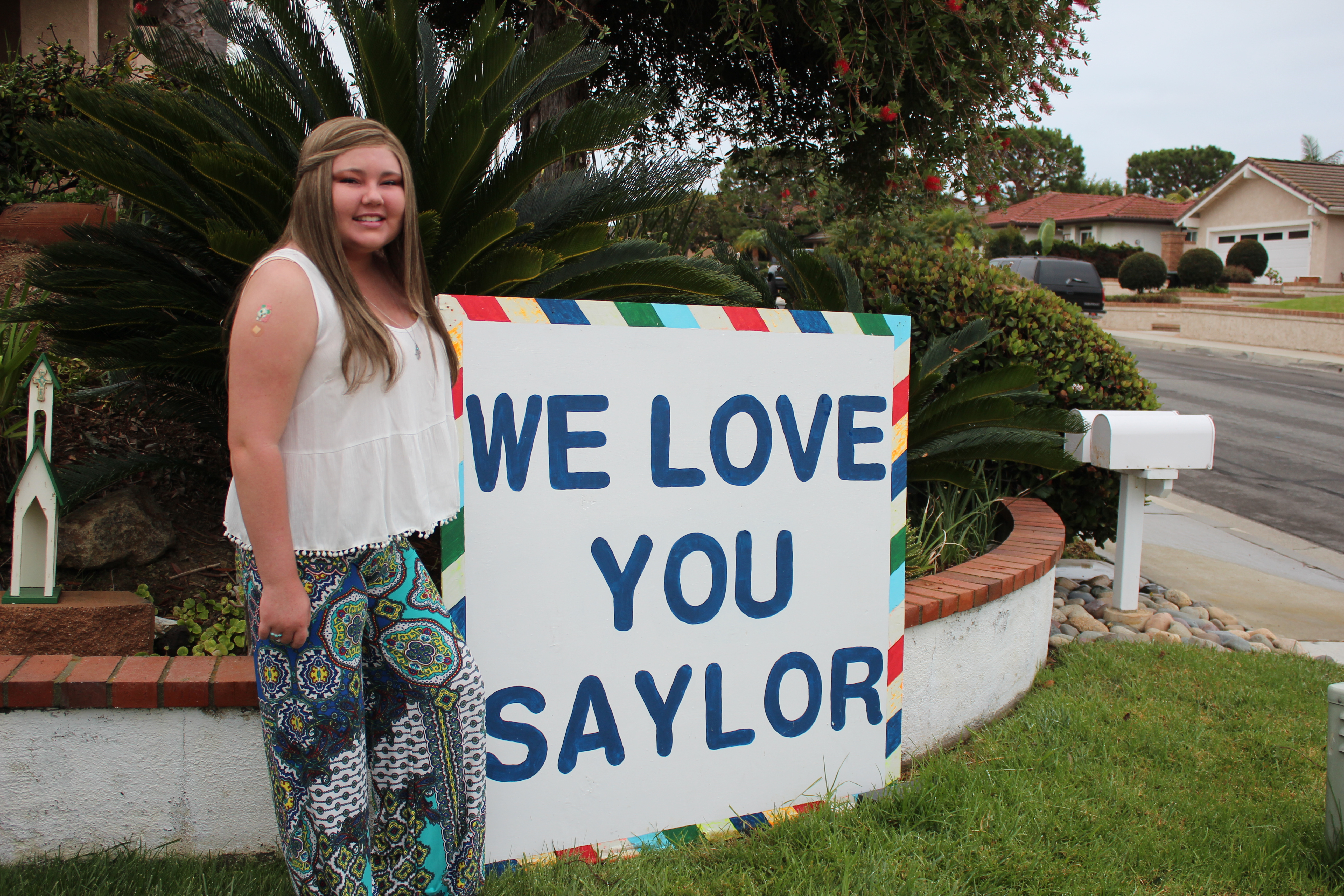 San Clemente High School junior Saylor Voris, whose battle with a form of leukemia had helped inspire the school the last two years since her diagnosis, passed away Tuesday morning, according to a statement from the family on a Facebook page dedicated to her fight.

“At around 6:30 a.m. this morning Saylor Voris passed away,” the post, attributed to John Voris, Saylor’s father, said. “She was an Adult Believer thanks to all her friends at Compass Bible Church and will go down in the History Books on Earth as one of the Great Warriors that battled Cancer and ‘ALL’ the side effects that came with it for over 592 days!! You have squeezed my heart since you were born on that Taco Tuesday at San Clemente Hospital and you have squeezed so many others by your time here… We all love you ‘Bud’… Rest in Peace…”

Voris, then a sophomore at SCHS and a member of the cheerleading squad, was diagnosed with leukemia in September 2013, and spent much of the next several months at Children’s Hospital of Orange County before receiving a bone marrow transplant. After the transplant, she was moved home, where she spent the remainder of that school year in quarantine. In September 2014, she returned to school and the cheerleading squad.

However, in recent weeks, Voris had complications resulting from infections and blood clots, resulting in intense pain and a return to the hospital.

On her twitter feed, Voris posted what became a final message to supporters before being placed on a ventilator.

“I’m going on a ventilator. I may not survive, thanks for being my amazing friends. I’m truly blessed #prayforsay.”

At a candlelight vigil memorial held Tuesday night at her family’s home, Voris was remembered as a fighter who inspired not just her friends, but also fellow patients. Her fa

“She gave me so much love, she taught me so many things and she showed me how strong she was,” mother Konnie Voris told the assembled crowd, which numbered in the hundreds.

According to a Capistrano Unified School District spokesperson, counselors have been dispatched to the school. A student assembly to remember Saylor was scheduled for Wednesday afternoon after school.

Services have not yet been announced.