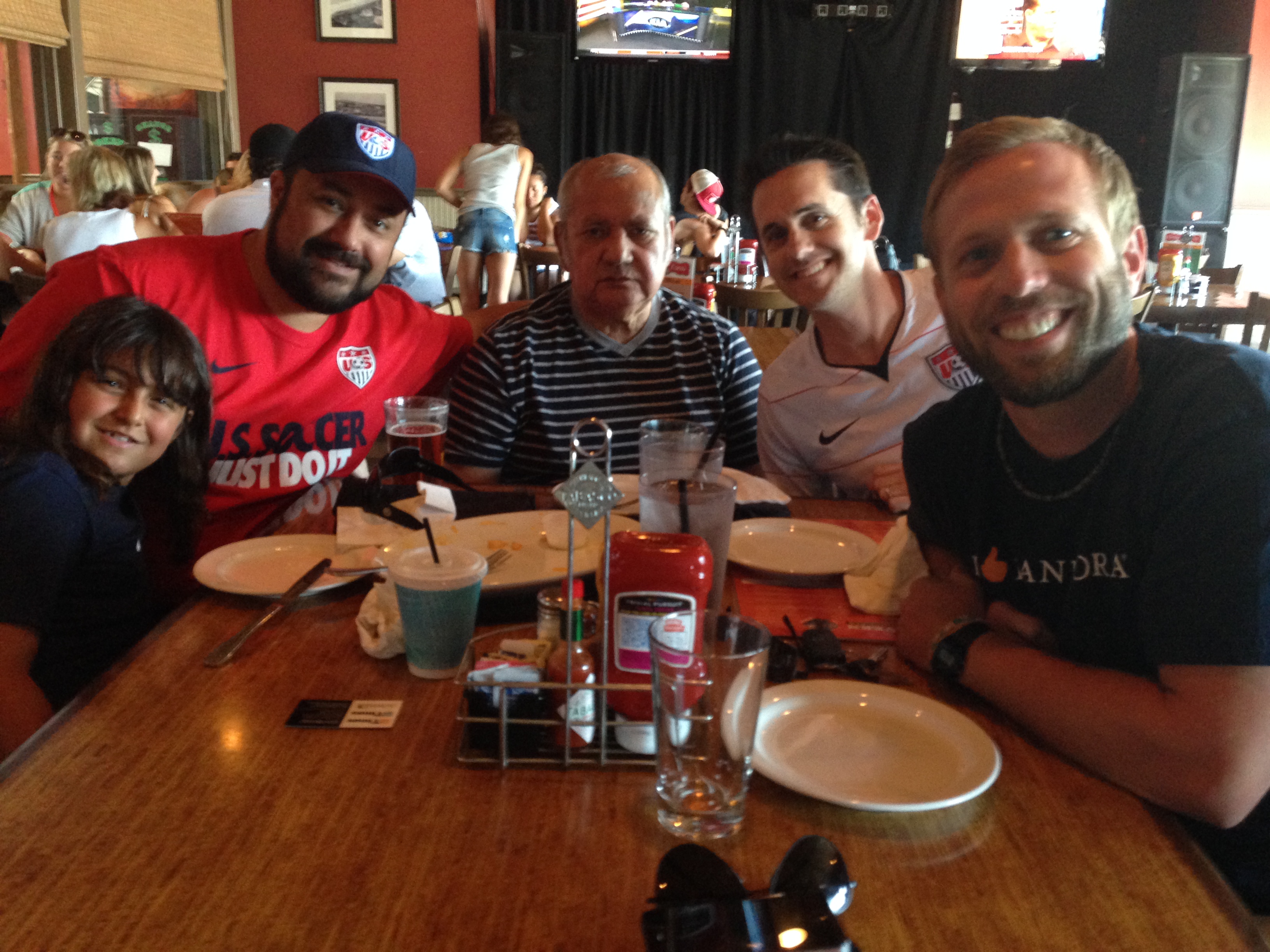 If you are anything like me, you woke up Monday morning with soccer on the mind. Monday, June 16, was the day the U.S. Men’s National Team stepped into the sweltering heat of Natal, Brazil and the crushing pressure of a FIFA World Cup soccer match.

The 2014 tournament is in its infant stages, but the past week has been filled with memorable moments, priming us for the national team’s run through the group stage.

Defending champion Spain was thumped by the Netherlands 5-1 on June 13 in a rematch of the 2010 final. Lionel Messi answered the bell and scored in Argentina’s 2-1 opening round win over Bosnia and Herzegovina on June 15, solidifying his star power on the world stage.

All of this excitement has been drawing San Clemente soccer fans out of their homes and into their favorite bars and restaurants to catch the drama. And if you’re truly like me, you’ve been scouring the town, looking for the best places to watch all of the action.

When the United States squared off against Ghana on Monday, the OC Tavern in San Clemente was filled with roughly 150 red, white and blue-clad supporters. Businessmen in suits, college students draped in the American flag and youth soccer teams all sat, anxiously waiting to see if the U.S. could defeat the Black Stars, who had eliminated the U.S. from the previous two World Cup tournaments.

It didn’t take long for the place to erupt in a frenzy, as U.S. captain Clint Dempsey scored the quickest World Cup goal in the country’s history, just 30 seconds into the match. Suddenly, every person in the room was among friends, as high fives and smiles were exchanged while the goal played over and over again on instant replay.

Those inside the OC Tavern weren’t the only ones glued to the television screen. The U.S. game against Ghana drew 11,093,000 viewers, making it the most-viewed men’s soccer game in ESPN broadcast history, according to Forbes.

“That was the busiest day of the World Cup for us. The U.S.A. team is what filled it up pretty good. The games bring in big business,” OC Tavern manager John Salvadori said.

Salvadori says the American team is what draws the biggest crowds, but there has also been strong support for the Mexican and Brazilian teams throughout the World Cup. The two teams played to a 0-0 draw on June 17.

Businesses, like the OC Tavern, have been using social media to notify the public that they are open early for the games, some start as early as 9 a.m., and advertise special offerings. Restaurants like Stillwater Spirits & Sounds in Dana Point have been active on Facebook pushing the marquee matchups of the day. OC Tavern has also been utilizing Instagram to get the word out.

In San Juan Capistrano, Ricardo’s Place and San Juan Hills Golf Club both offer plenty of big screens to watch the games. Note to the seasoned veterans: Try to catch a game at Ricardo’s Place on a Taco Tuesday.

The U.S. eventually pulled off a thrilling victory over Ghana in the final minutes of play, securing three points and keeping their hopes of advancing to the knockout round alive. Now they must hope for a draw or win against Portugal and reigning Ballon d’Or recipient Cristiano Ronaldo on June 22. Their final game in pool play will be against Germany, one of the tournament favorites, on June 26.

It may not look good for the United States, given the two tough matches left on their schedule, but if you are anything like me, you’ll be out amongst the other American soccer faithful, rooting on the team and having a good time at one of the many local soccer hot spots.

Key Games to Watch This Weekend:

—All games will be broadcasted on ESPN