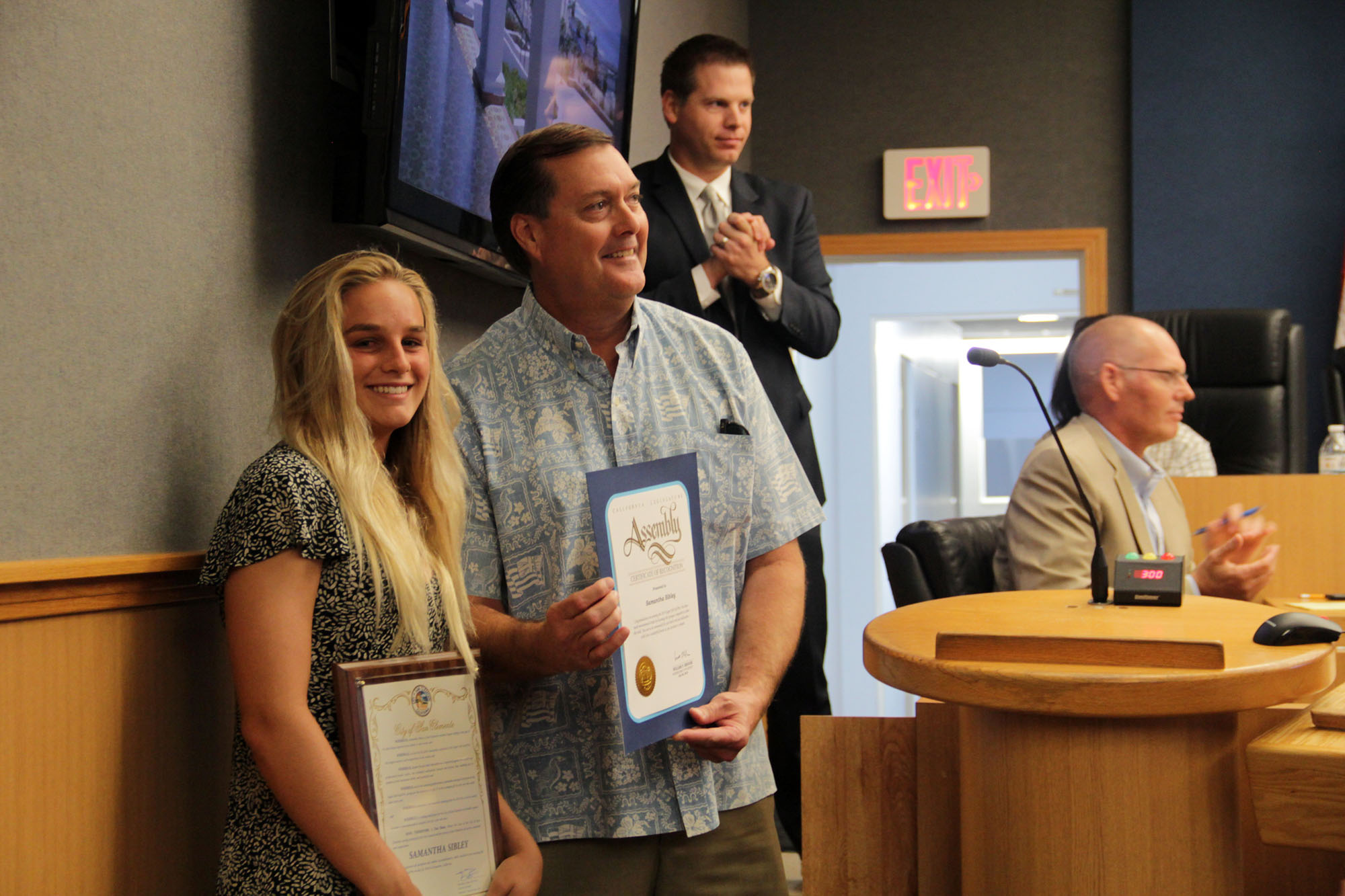 Sibley was introduced and honored at the San Clemente City Council meeting for her achievement.

At 17, Sibley won the Super Girl Surf Pro title back in July in Oceanside, becoming the youngest champion in the history of the international surf contest.

Sibley was awarded a plaque on behalf of the city council and the residents of San Clemente.

Sibley beat out some of surfing’s biggest names, including San Clemente teen Kirra Pinkerton, who had been favored to win the contest near the end. However, Sibley took over first place in the quarterfinal matchup, earning a 12.16 to her opponent’s 10.70 score. She then beat Caroline Marks in the semifinals and Tatiana Weston-Webb in the final to earn a $10,000 winner’s check that placed her in qualifying range for the Women’s Championship Tour. At the time, her win also vaulted her from No. 52 to No. 6 in the World Qualifying Series rankings

In its 12th year, the Super Girl Surf Pro has been a precursor to the Vans U.S. Open of Surfing in Huntington Beach for the past eight years.

The series has expanded to include all-women’s skateboarding, snowboarding and surfing competitions.