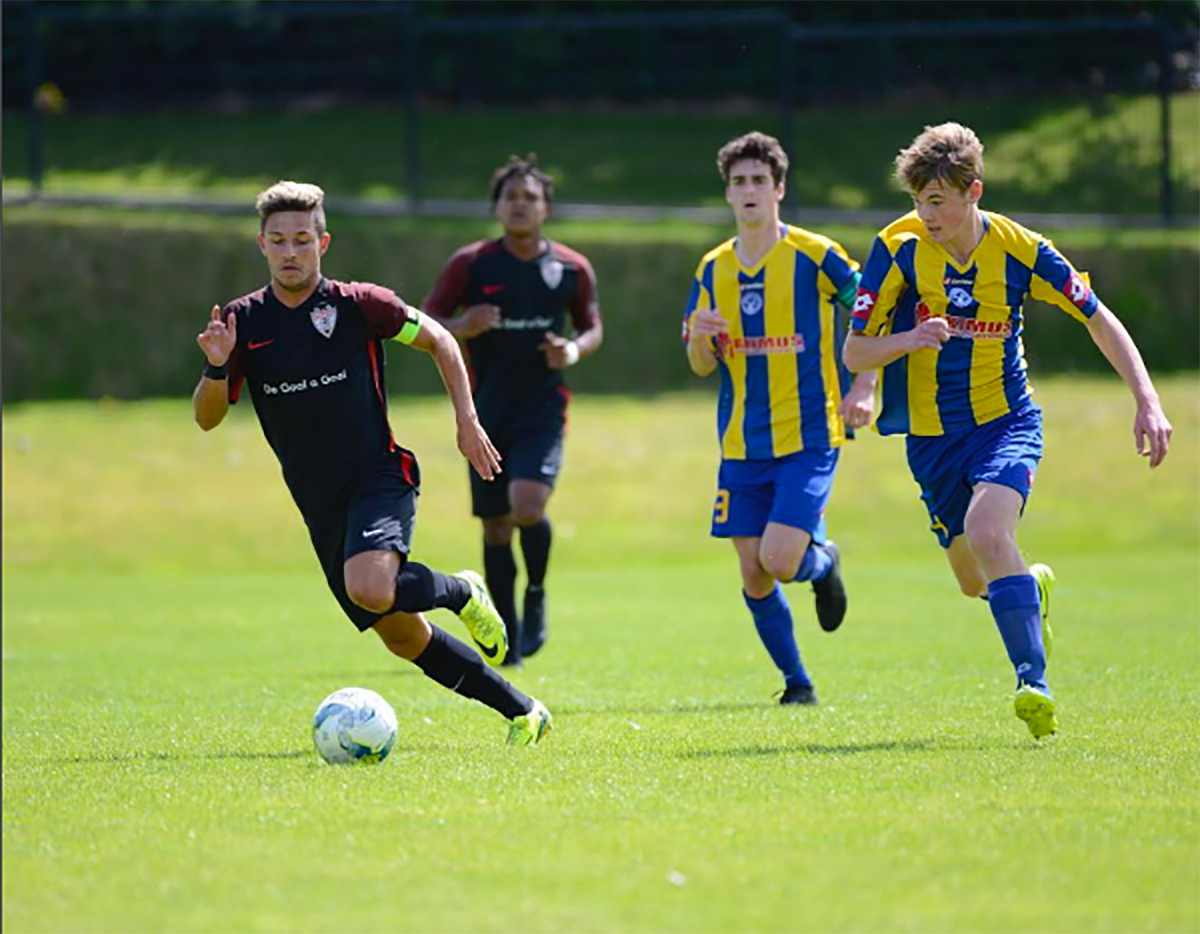 The list of high-profile club soccer team’s competing in this week’s SuperCupNI tournament in Northern Ireland is impressive.

England’s Manchester United and Newcastle United have youth teams in the field. So do Mexico’s Chivas and Club América. The yearly tournament is a veritable who’s who in the world of international soccer.

Among the elite group of club soccer teams playing in the tournament is Huntington Beach-based Strikers FC, which, with the help of some San Clemente talent, is making noise in the tournament on the other side of the world.

San Clemente locals Tristan Weber, Dylan Krufal and Quinn Richardson are playing for Strikers FC, which currently owns a 2-2 record in the SuperCupNI.

Strikers FC defeated County Armagh of Ireland 2-0 in the opening match on July 24, lost to Osasco of Brazil 1-0 on July 25 and erupted for a 6-2 victory over Otago of New Zealand on July 26.

After emerging from pool play, Strikers FC lost to Oscasco 1-0 in the semifinals on July 27. Strikers FC will play in the tournament’s third-place match against First Choice Soccer on July 28.

For the trio of San Clemente players, the trip has been a whirlwind experience. None of them were not on the Strikers FC roster three weeks ago, but after being recruited by head coach Sergio Alvarez and his staff to play in the tournament, they accepted and hit the ground running.

Krufal landed the starting center back position, where he plays alongside Richardson at right back. Weber plays in the midfield.

“The timing made training slightly difficult. But (the three San Clemente players) have really surprised us,” Alvarez said. “They’re playing crucial positions and adapting quickly and have blended in seamlessly.”

The SuperCupNI is an invitational tournament held every year in Northern Ireland. It features some of the top 15-and-under and 17-and-under clubs in the world.

The tournament began in 1983, and was originally called the Milk Cup. The first editions of the tournament featured clubs from Northern Ireland squaring off against teams from England, Scotland, Algeria and France, but has transformed into a true international competition over the years.

Weber said the trio of San Clemente players are excited for the team’s final stretch of games at the tournament.

“Our strength is our willingness to go 100 percent on the field,” Weber said via email. “Everyone is willing to do whatever they have to in order to win and that’s great to see.”