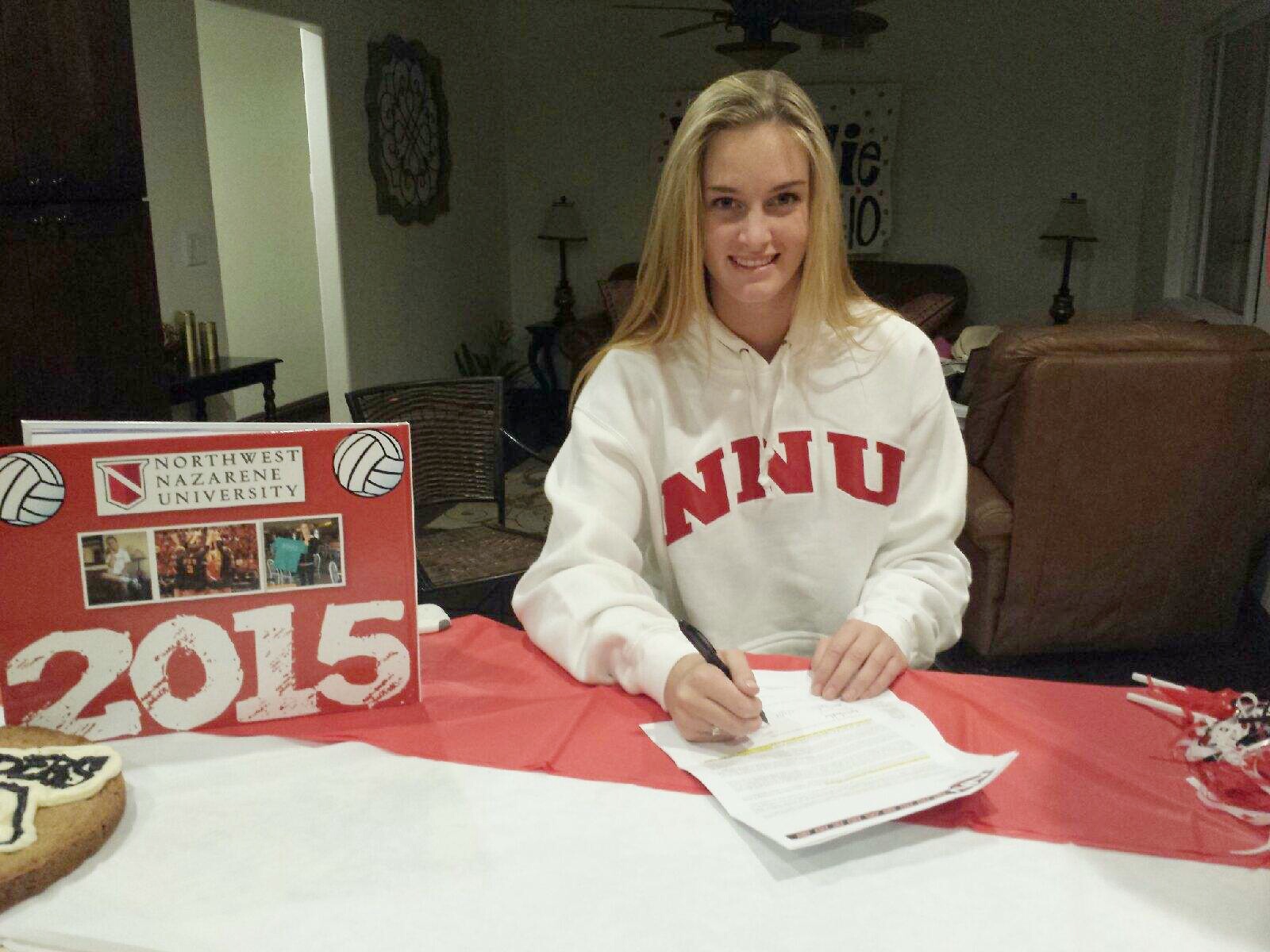 Knauf, a senior on the Tritons girls volleyball team, will attend and play volleyball for Northwest Nazarene in 2015, according to a release issued by the university.

Knauf will join the Crusaders, who finished last year with a program record 24 wins and made an appearance in the NCAA Division II National Tournament.

As a senior for San Clemente, Knauf tallied 81 kills, 21 blocks and 27 aces for the South Coast League champion Tritons.

“(Knauf) will be another high-quality middle in our program. She is quick and hits really well off of one foot,” Northwest Nazarene head coach Doug English said in the release.

Hopper is a verbal commit to UC Santa Barbara. August signed his formal National Letter of Intent to play at UCI, according to Tritons head coach Ken Goldstone.

Both Hopper and August were selected to the All-South Coast League second team as juniors.

“I think both Matt and Brandon are not only outstanding student-athletes, but they are great young men who I have thoroughly enjoyed coaching these past three years,” Goldstone said. “Both lead by the example they set on and off the court, and will definitely excel at the next level.”