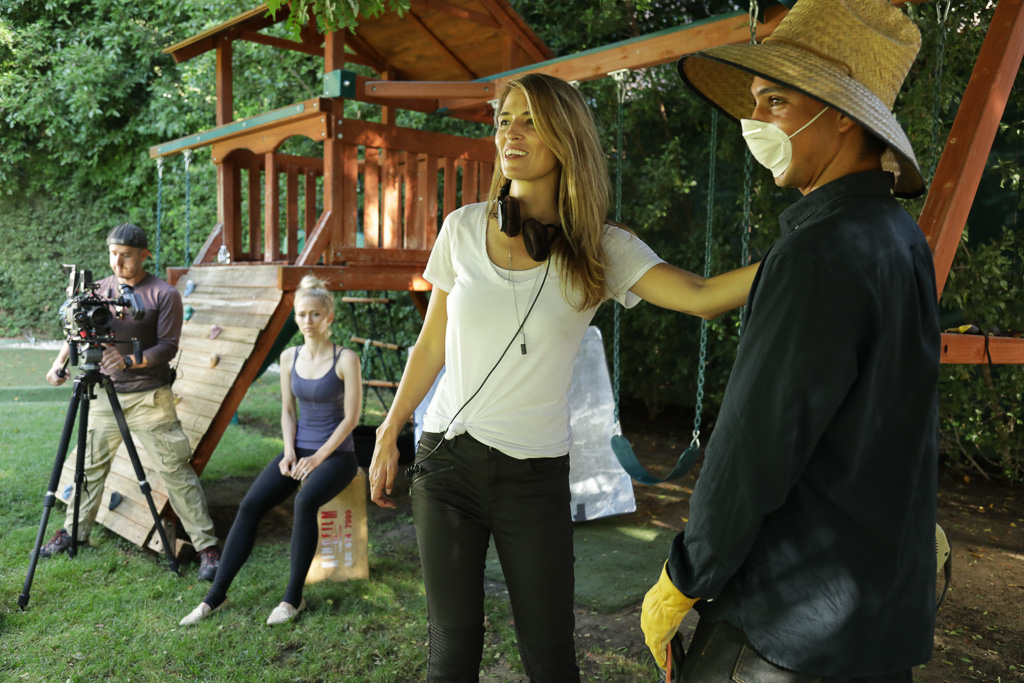 Making it through the night becomes a perilous feat in South Central Los Angeles for the five female characters in Autumn McAlpin’s new film, Miss Arizona.

The women have to rely on one another to endure hellish experiences, fleeing from spousal abuse and other trauma.

McAlpin, the writer, director and producer of Miss Arizona and a San Clemente resident, said the inspiration for the thrilling—but lightly comedic—tale was drawn from her time teaching a self-help class at a shelter for women in San Clemente, which houses clients from Family Assistance Ministries (FAM), a local nonprofit organization.
McAlpin said she thought she knew more about the hardships the women at the shelter faced until she had to answer their questions.

“I quickly realized I didn’t know anything about the real life these people endure,” McAlpin said.

McAlpin is the author of the book Real World 101: A Survival Guide to Life after High School and was tapped by the nonprofit as an expert public speaker.

Although McAlpin was asked to teach the women how to put together resumes and apply for jobs, some of the women asked what they need to do if they had criminal records, if they had ongoing court proceedings and other means of regaining their independence—things McAlpin said she wasn’t prepared to handle.

“I met some really incredible, strong women through that experience at FAM,” McAlpin said. “I always wanted to tell their story.”

She added that her mother would volunteer at women’s shelters in her native state of Tennessee.

As the country’s political climate became more heated leading up to the 2016 election, McAlpin said she was not pleased with the way women were being portrayed across the landscapes of political discourse, cinema and television.

“I just thought the time was right to write about marginalized people, and Miss Arizona was born,” McAlpin said.

Miss Arizona is based on the experiences McAlpin had while volunteering at FAM, but the conflicts that arise are fictional.

The main character is a woman who volunteers at a shelter mainly for domestically abused women, as she tries to help them regain confidence. When things go sour at the shelter, she is forced to help the women escape as the film moves simultaneously through each of the women’s stories.

On the flip side, the main character is a former state pageant queen who deals with her own predicaments.

“She’s been kept to her mansion by a controlling husband,” McAlpin said.

Production of the film was very short, about two weeks, and was filmed during the 2017 wildland fires around Los Angeles County, which made getting clear shots a bit difficult, McAlpin said.

The film is kind of a mid-budget independent movie produced by Side Gig Productions and and Stitch Entertainment.

Miss Arizona is scheduled to premiere on Wednesday, May 2 at 1:45 p.m. at the Bentonville Film Festival in Bentonville, Arkansas. Additional production information can be found at www.sidegigproductions.com.

“I would like this movie to get more people involved with local shelters and donate their time and resources to help women in need, that would be wonderful,” McAlpin said. “This is a female-driven film with a message of female empowerment.”

Article updated with additional information at 1:24 p.m. on Thursday, April 19.