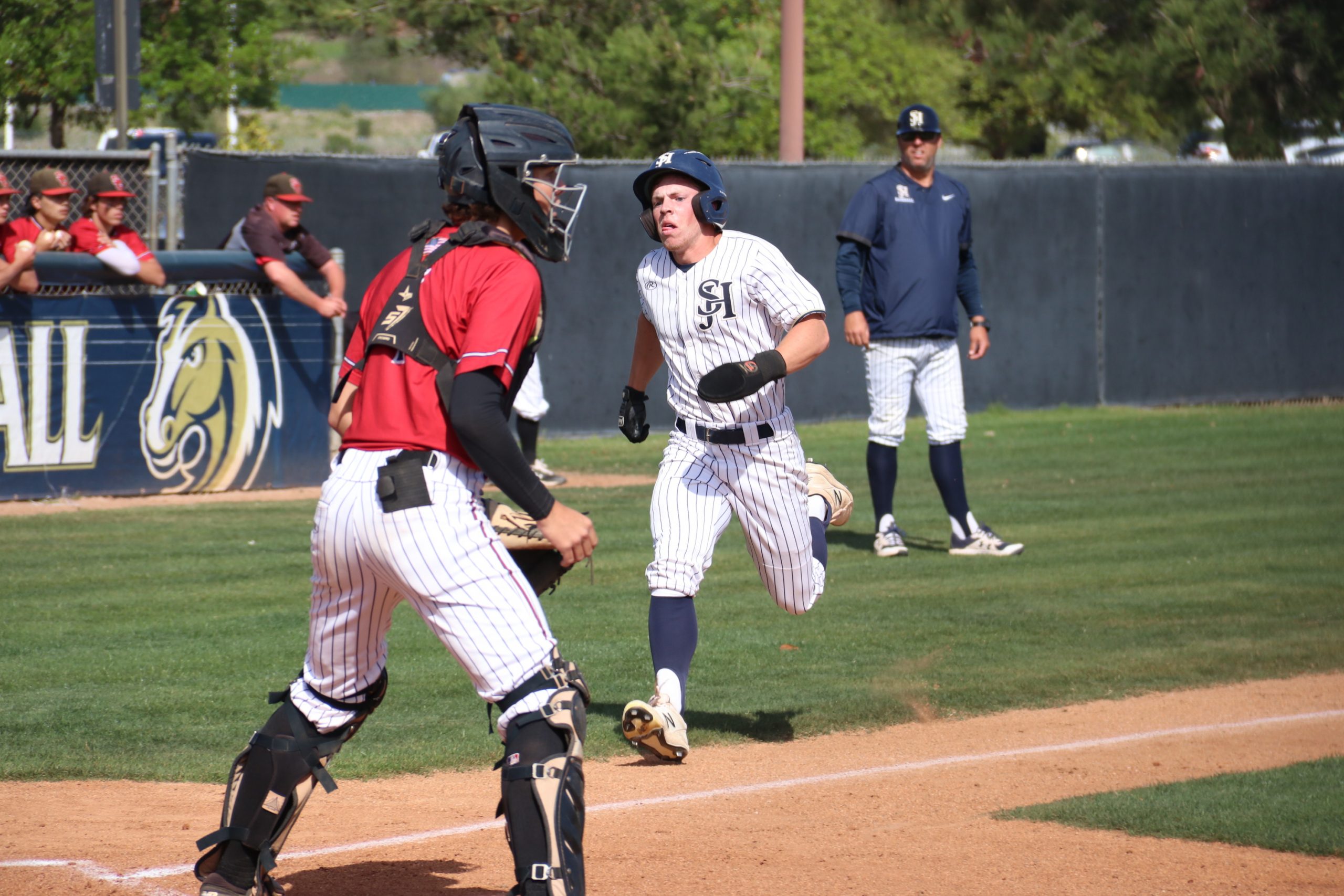 SAN JUAN CAPISTRANO – The San Clemente baseball team entered spring break with a surprise win over Sea View League-leading Trabuco Hills and rolled into the break with momentum through the Ryan Lemmon Tournament.

The Tritons returned to league play on Monday, April 11, looking to keep up that momentum, but unfortunately for San Clemente, it tripped up for just the second time in league play against the same team and the same pitcher.

“Today, I was rolling,” Poyner said. “In the ‘pen, I was feeling good, and I knew it was going to be a great day. Glad I executed, and my teammates made some diving plays to save me, save some runs. It’s a good team win.”

Poyner also threw five innings with one earned run against in San Juan Hills’ other league win – a 2-1 win at San Clemente on March 25. Poyner said he felt like he knew the batters this time around and was more comfortable. The senior allowed just two hits and three walks on Monday.

LeVier said his team has thrived on pitching, defense and timely hits, which were all present against San Clemente.

Poyner came out of the gate attacking the strike zone and earned a strikeout in each of the first three innings. Poyner was backed up by his defense in the third inning with a diving catch in right field to prevent San Clemente’s first hit. Check and check on LeVier’s first two points.

The timely hits arrived in the bottom of the third inning for San Juan Hills. Junior Jackson McKay reached on a one-out infield hit, and McKay scored on a two-out single by senior Jason Fritz. Senior Cooper Allen followed up with a single, and junior Kaden Aimer drove home Fritz with a single to put San Juan Hills up 2-0.

San Clemente didn’t threaten San Juan Hills until the sixth inning. Senior Steve Eisenhauer led off with an infield single – just San Clemente’s second hit of the game – and the Tritons loaded the bases with one out on walks by juniors Rhyn Chambers and Chase Brunson.

The walks forced Poyner out of the game, but Wolf steered the Stallions out of danger with a strikeout and flyout to maintain the shutout.

Aimer manufactured one more San Juan Hills run in the bottom of the sixth on San Clemente mistakes. Aimer reached on an error and advanced to second on a balk. The junior would score on a wild pitch to put the Stallions ahead by three runs, 3-0.

San Clemente got a leadoff walk from sophomore Brock DellaVedova in the seventh, but Wolf sat down the next three Tritons batters to close out the San Juan Hills win.

“It’s kind of like every game is a playoff game from now on,” LeVier said. “We put ourselves in a hole early on. We just preach that we have to win one at a time and not focus down the road. It was good to have them stay focused and engaged today. Hopefully it’s a good momentum-builder for the rest of the week.”

Following this series with San Clemente, San Juan Hills has a pair of games against Aliso Niguel and Trabuco Hills each of the next two weeks. In its first four games against the Wolverines and Mustangs, the Stallions only scored three runs while allowing 27.