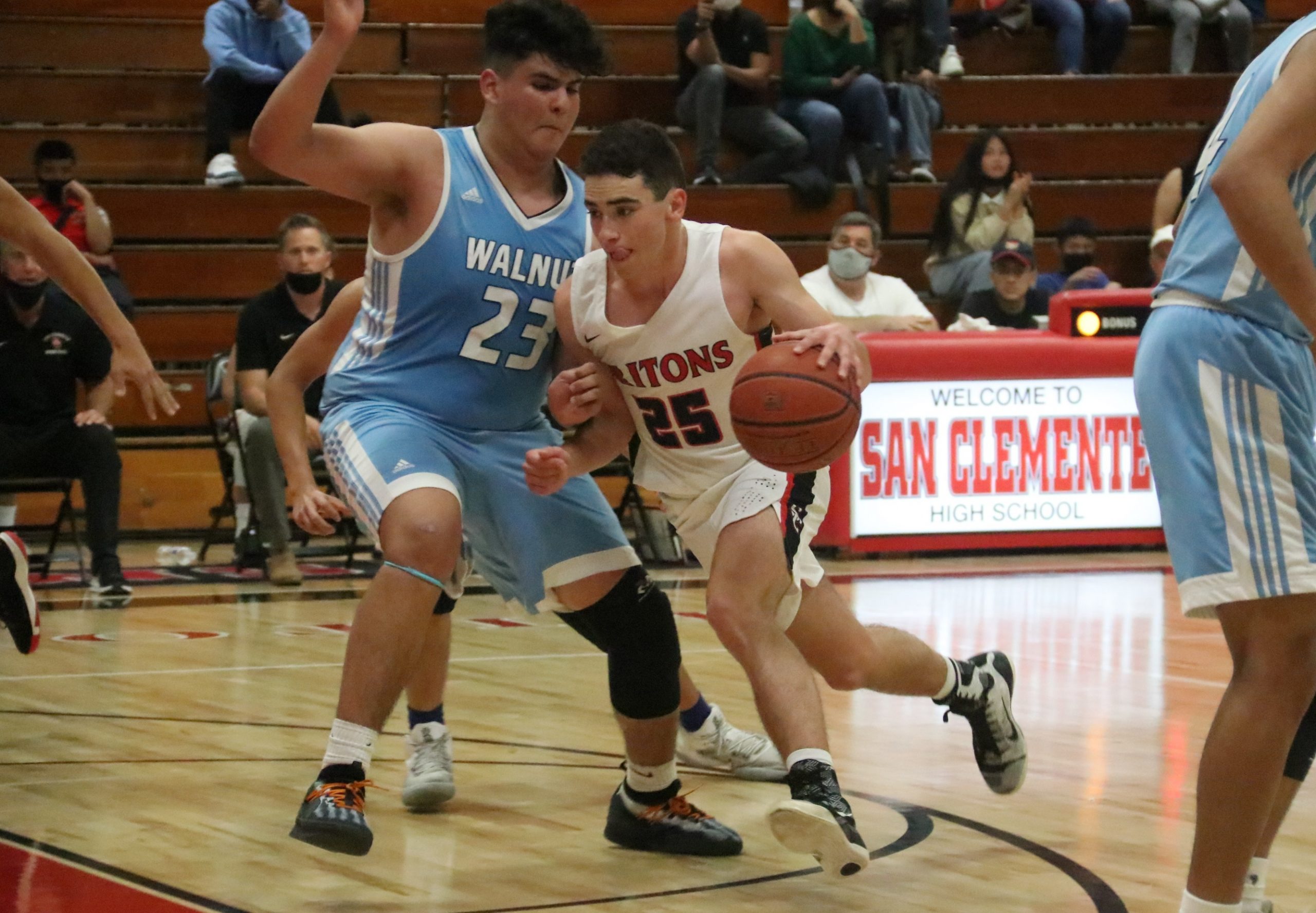 As the season rolled along, the San Clemente boys basketball team only grew stronger, and it resulted in an emphatic cap to the regular season.

The Tritons obliterated Tesoro, 72-24, in their regular-season and league finale on May 19 and clinched their first South Coast League championship since 2017. San Clemente split the title with Capistrano Valley, as the two teams split their season series and both finished 7-1 in league play.

For their league championship, the Tritons earned a home game to kick off the CIF-SS Division 2A playoffs. San Clemente (13-3) hosted Walnut (12-8) in the first round on Wednesday, May 26, and the Tritons pulled out a comfortable win, 56-36.

After an early 15-15 tie, San Clemente locked down defensively and focused on their post play to push out and away from Walnut. Senior Tyler Nemeth led the Tritons with 17 points, and junior Asher Gardiner posted 12 points.

With the win, San Clemente advances to the second round and will play at Agoura on Friday, May 28.

Where the first half of league play saw the Tritons skim by their opponents by margins of only three points against both Mission Viejo and Trabuco Hills and nine points over Tesoro, San Clemente’s title race-turning win over Capistrano Valley on May 7 changed its trajectory.

“Defensively, we became so committed,” Popovich said. “Offensively, we bought into our identity. We pound the ball down low, and work inside-out to get our shots.”

In the finale over Tesoro, Nemeth tied Tesoro’s team output with 24 points. Nemeth put up another 20 points in the Tritons’ win over Mission Viejo.