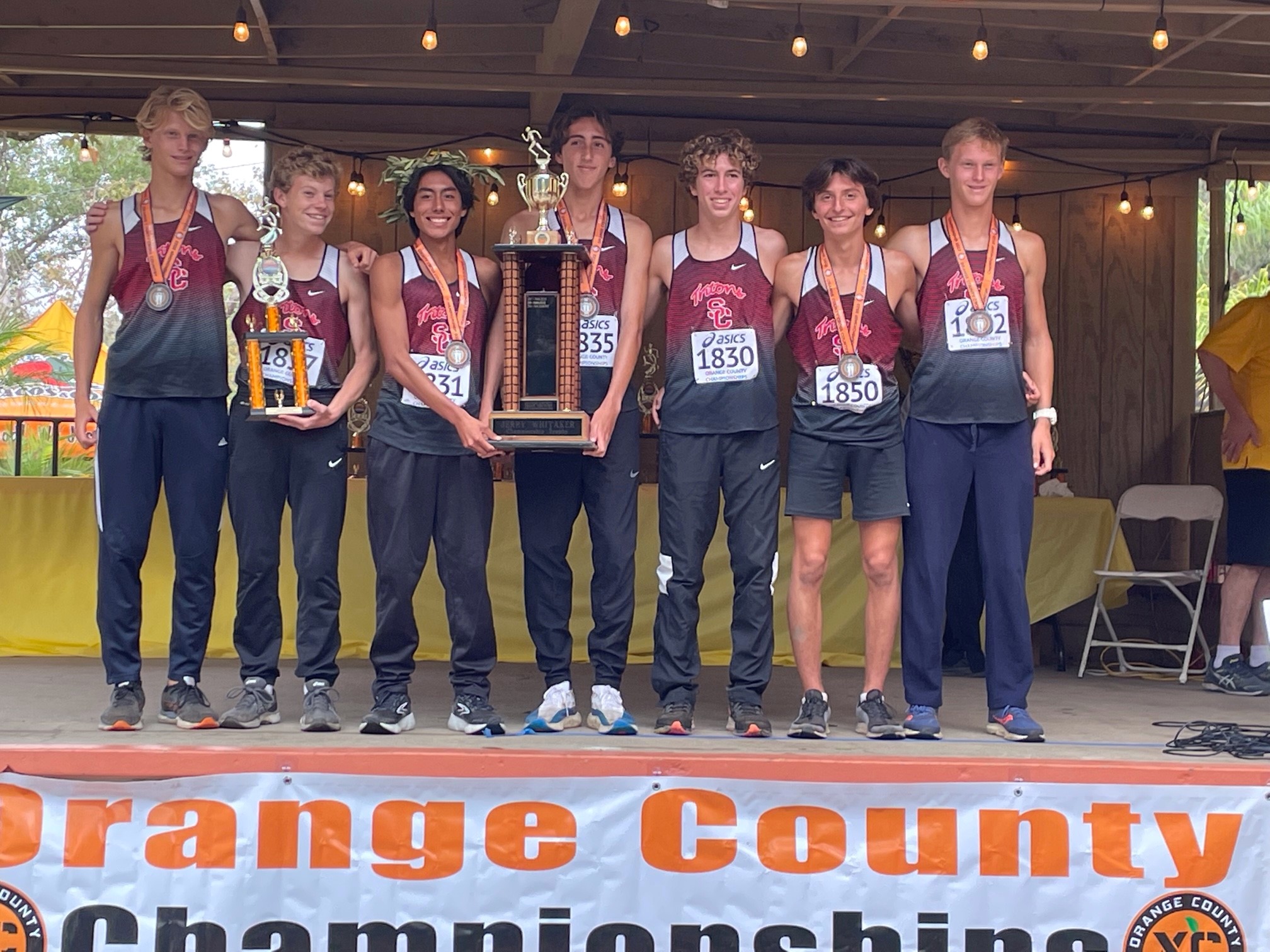 It was a feat so nice, they did it twice.

The San Clemente boys cross country team dominated the field at the Orange County Championships with three runners in the top four and all five scoring runners in the top 15—all of whom set personal records—to capture its second consecutive county title on Saturday, Oct. 15, at Oak Canyon Park in Silverado.

The Tritons stood atop the team and individual podiums, as well, as senior Juan Chantaca edged out a league rival from Dana Hills to capture the solo county championship by just 0.4 seconds. Chantaca, with a personal-record time of 14:26.4, beat out Dana Hills sophomore Evan Noonan, who clocked in at 14:26.8. It was only Chantaca’s second invitational win of his career and his first sweepstakes race win.

Right behind Chantaca to fill in the top four, junior Brett Ephraim was clocked at 14:28.4, with senior Rory Catsimanes right on his tail at 14:29.7 to finish third and fourth, respectively.

At last year’s Orange County Championships, the Tritons still won by a sizeable margin, 50-93, and did so almost solely on their pack-running style with four runners in the top 12, including their top runner in seventh. Chantaca finished 10th last season.

This year, the Tritons, who jumped into the No. 1 spot in the CIF-SS Division 1 rankings last week, won by a larger margin, 34-99 over Trabuco Hills, thanks to those top performances in that lead pack.

Rounding out the championship performance were junior Pierce Clark in 13th at 15:02 and senior Grant Sestak in 15th at 15:04.

On the girls side, San Clemente finished seventh, and junior Lyza Yetter led the Tritons with a 12th-place finish at 17:42. San Clemente had four runners in the top 50, with Kennedy Banks, Caiya McAlister and Abigail Howard joining Yetter.

JSerra won the girls championship with three runners in the top seven.

San Clemente next runs in the prestigious Mt. SAC Invitational on Saturday, Oct. 22.