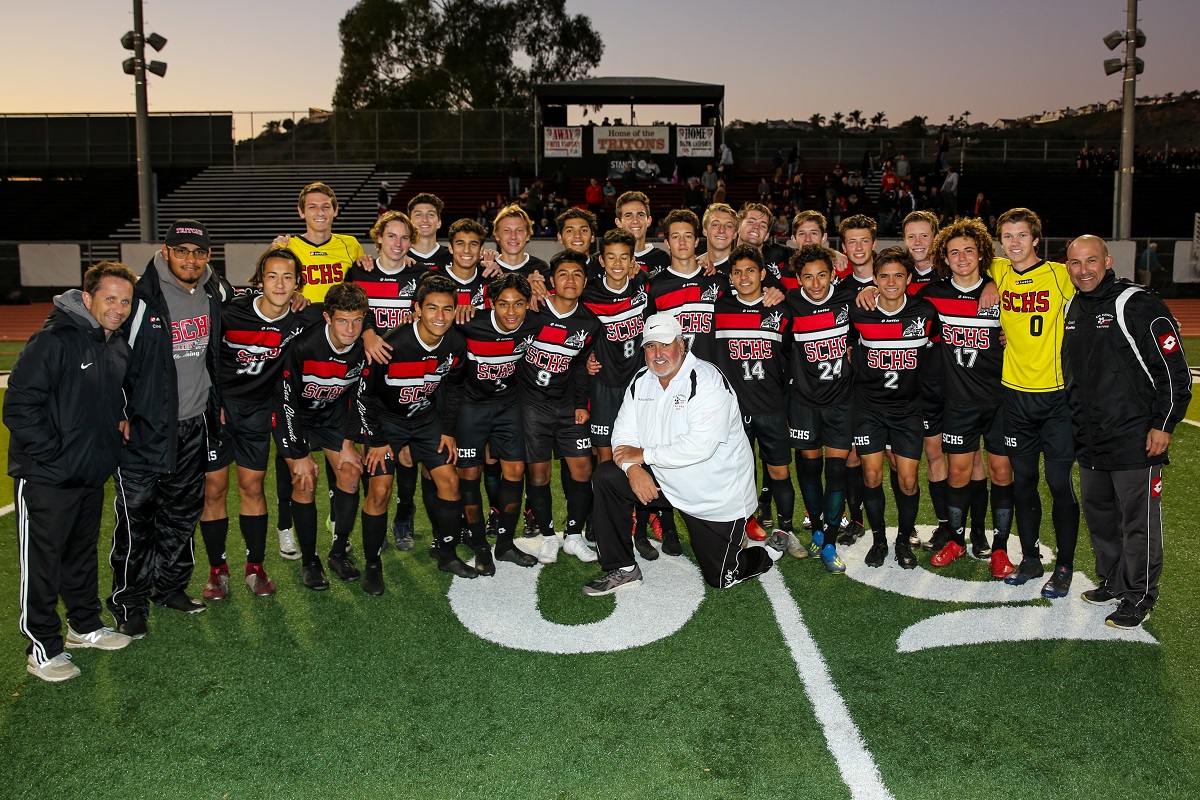 Mike Pronier stepped down as San Clemente High School’s boys soccer coach last week after 33 years in the position and an incredible amount of success.

“Coach Pronier has left an indelible imprint on San Clemente High School, an imprint of how success comes from hard work, dedication to the craft, and an unparalleled passion for the game itself,” a school statement read.

Pronier won a total of 446 games for the Tritons, including a 297-79-82 overall record in the last 17 seasons. The entirety of the San Clemente boys soccer program (including freshman/sophomore and junior varsity teams) accounted for more than 800 wins during Pronier’s tenure. Pronier was also the CIF-SS Coach of the Year three times.

Pronier’s last CIF-SS Coach of the Year honor came in 2019, which was possibly the best season in Tritons history. For the first and only time in program history, San Clemente won a South Coast League championship, CIF-SS championship and CIF Southern California Regional championship in the same season. The Tritons did not record a loss in the final 21 games of the season, with a nearly impeccable 20-0-1 run. San Clemente was ranked No. 1 in the state and No. 2 in the nation by MaxPreps and finished in the top five of the national rankings by both USA Today and topdrawersoccer.com.

“In the end, Mike says it will not be the win/loss record that he will ultimately reflect upon,” the school statement continued, “it will be the relationships that were built between coach and athlete upon mutual respect, discipline and high expectations, and always putting the athletes before himself because he truly cared about the young men he coached well beyond the field.  Countless players went on to play in college, some of whom were the first in their families to get a college degree, and for this and so much else, Mike can leave the pitch knowing he gave everything he had to the job of coaching and mentoring young men for 33 years.”

Pronier will continue his career in the classroom, with time built in to prepare for his next phase.

“Mike will be missed on the pitch by so many, but I am happy for Mike personally,” San Clemente athletic director John Hamro said. “He gave everything for so many years, and I know he has other interests he would like to pursue as he moves forward in his life.  I cannot thank Mike enough for everything he has done for our Boys’ Soccer program, as well as our overall athletic program for the past 33 years.”