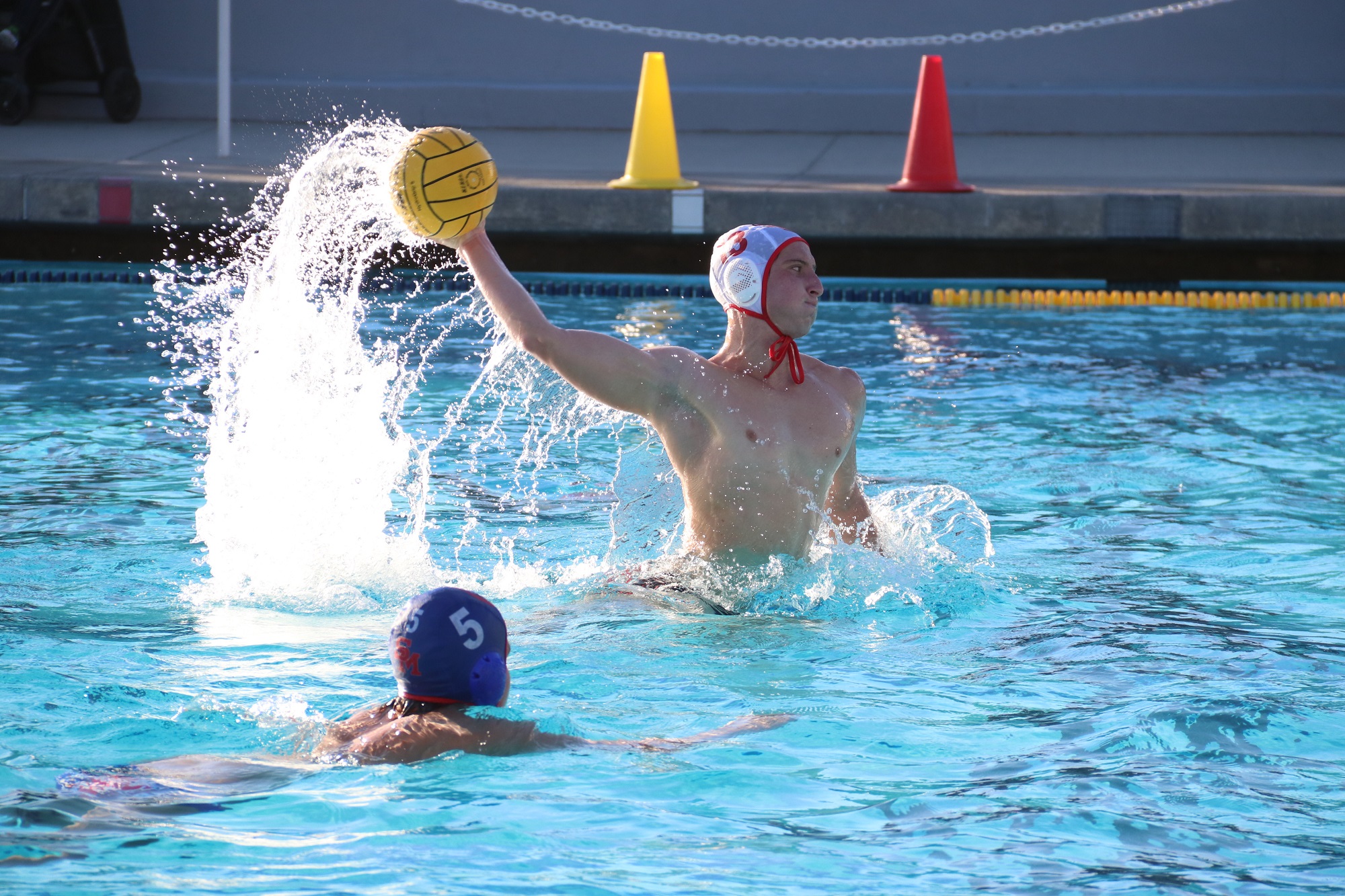 IRVINE – In one of San Clemente coach Logan Powell’s final games in his first stint with the Tritons in 2019, San Clemente advanced to a CIF-SS championship game with a senior-heavy roster that also included then-freshman Ray Hickman.

On Wednesday, Nov. 9, Powell was again at the helm of the senior-heavy Tritons in a CIF-SS semifinal as a huge performance by the now-senior Ray Hickman sent San Clemente back to the championship game.

Hickman scored three of San Clemente’s six man-up goals and two five-meter penalty-shot goals in a seven-goal performance for the senior, as the Tritons surged late to overcome San Marcos, 14-9, in the CIF-SS Division 2 semifinals at the Woollett Aquatics Center in Irvine.

“It’s fortunate,” Powell said. “The message to the boys is a lot of athletes go their entire career and don’t get to play at this level, play in the semis or the finals. We’re trying to enjoy the moment and play our game and take advantage of the opportunity.”

Top-seeded San Clemente (19-11) also got six goals from senior Cross Viter, which included two man-up scores and a five-meter penalty, to advance to the CIF-SS Division 2 title game on Saturday, Nov. 12, against La Serna back at the Woollett Aquatics Center.

“It’s huge. This is what we look forward to all year,” Viter said. “League was one thing, but I think me and Ray (Hickman) have both been thinking about this since day one. Have everybody go out here and win it. Seniors, championship, it couldn’t be better than that.”

By playing La Serna, which beat Dos Pueblos, 10-6, in its Wednesday semifinal, the Tritons will have played all four of the seeded teams in Division 2 this season. League rival Dana Hills, which lost in the second round, was the No. 2 seed, San Marcos was the No. 4 seed and La Serna is the No. 3 seed.

San Clemente will be playing for its first CIF-SS championship since the 1991, when Tritons claimed the Division 4A title.

The Tritons came out firing on Wednesday, as Viter sniped a goal 12 seconds into the match. Hickman scored off a feed from Finn Barton one minute later for the early two-goal advantage.

San Marcos got on the board seconds later on a five-meter penalty, but San Clemente would go up by two goals again, as Viter scored on the Tritons’ first six-on-five of the game.

San Clemente looked primed to stomp its way to the victory, but San Marcos wouldn’t let that happen. The Royals had their own quick-fire offense with three consecutive goals to take a 4-3 lead. Hickman tied the score on his first man-up goal, but San Marcos went back ahead in the final minute of the half. Viter scored 20 seconds later on another man-up opportunity to tie the game, 5-5, at halftime.

“We came out early, and I had the feeling we were going to try to roll them,” Powell said, “but they fought back and got back in the game. Then the boys responded and had a great second half.”

Defense ruled the early part of the third quarter as both teams made adjustments, and San Marcos grabbed the lead once more, 6-5, later in the period. Hickman tied the game again 19 seconds later, and the senior put San Clemente into a lead it wouldn’t relinquish with 24 seconds left in the quarter, 7-6.

“Not going to lie, first three quarters were a bit rocky,” Hickman said. “We were straying away from what has been working for us all season, but that fourth quarter, we were really able to push through and focus and do what we were doing before.”

In the fourth quarter, San Clemente took command as Jake Hoss scored on the man-up 27 seconds into the quarter. After another San Marcos tally, Hickman and Viter both scored on penalty shots 40 seconds apart to push the Tritons out.

Viter netted his sixth goal, and Hickman scored on another six-on-five and another penalty shot for a six-goal advantage, 13-7, with 2:26 remaining. After San Marcos finally capitalized on two of their six-on-five chances, Viter added one more score with 32 seconds left.

San Clemente scored on six of its 10 man-up opportunities, and San Marcos scored on three of its eight chances.