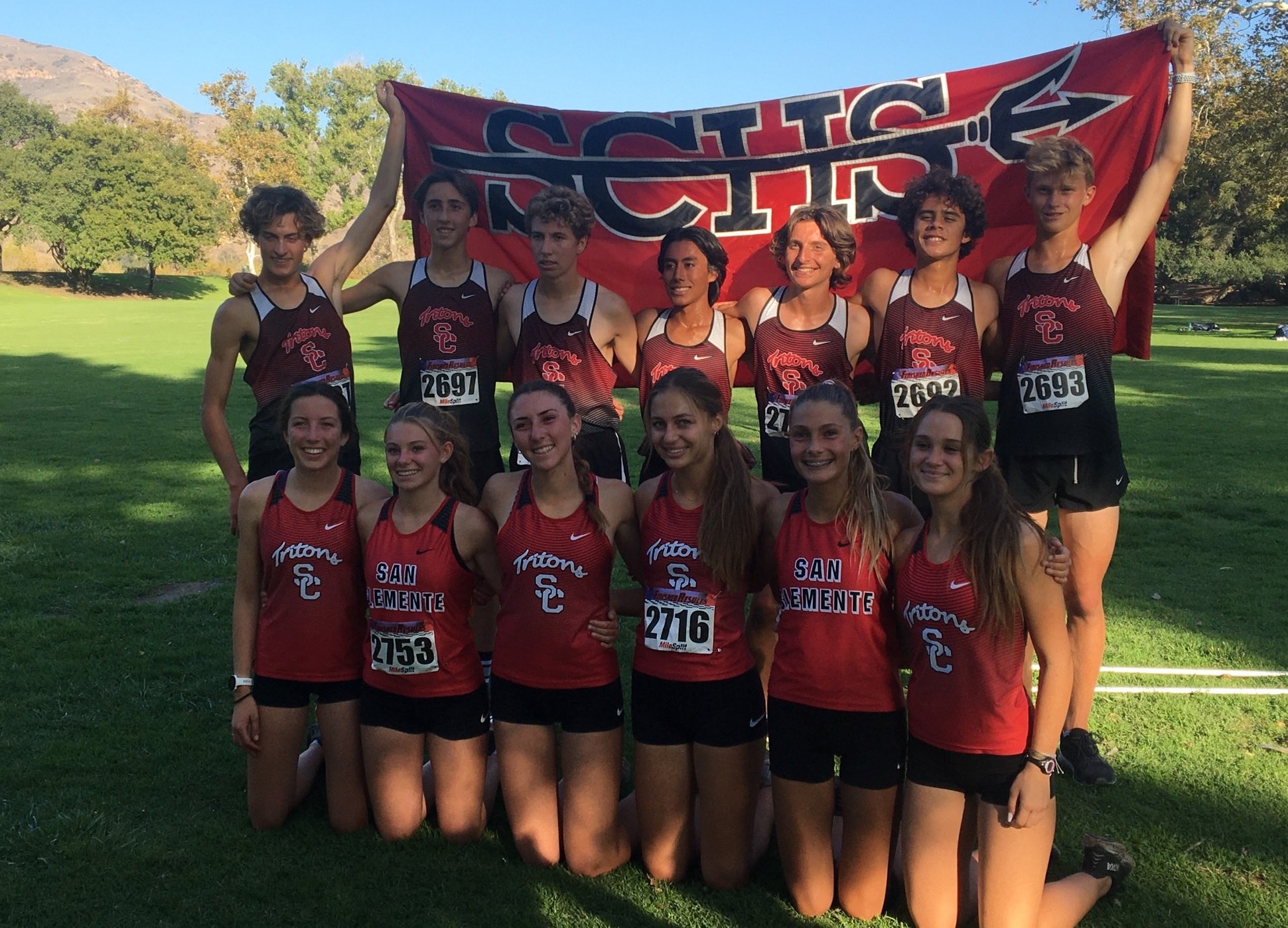 The San Clemente boys and girls cross country teams both qualified for the CIF-SS Division 1 Finals with relative ease in preliminary heats last Saturday, Nov. 13, and the Triton boys have a chance to end a long drought when the finals run at Mt. San Antonio College this Saturday, Nov. 20.

San Clemente’s boys team finished first in its Division 1 heat, and the Triton girls finished third in their Division 1 heat at the CIF-SS Preliminaries at Mt. SAC. The top four teams in each preliminary heat qualified for the finals.

San Clemente’s boys, No. 5 in the end of season CIF-SS Division 1 rankings, will attempt to end a 32-year drought when the Tritons run for a chance to qualify to the CIF State Championships in the Division 1 Final at 10:35 a.m. on Saturday. The top seven teams in each division qualify for the state meet, meaning the Tritons are on track to break the streak if rankings hold.

The CIF State Championships will run at Woodward Park in Fresno on Nov. 27.

The San Clemente boys won their heat by running as they have all season with a strong pack at the top. Senior Hayden Beauchemin was the top Triton finisher in sixth place at 15:55 on the 2.93-mile course, with junior Juan Chantaca and sophomore Brett Ephraim finishing close behind in ninth and 10th, respectively. Chantaca ran a time of 15:58, and Ephraim ran 16:09.

Junior Rory Catsimanes finished 17th at 16:23, and junior Grant Sestak rounded out the scoring five in 27th at 16:48.

The Triton boys were also crowned South Coast League champions on Nov. 4 as Chantaca, Beauchemin and Ephraim finished 3-4-5 with Catsimanes in ninth and Sestak in 11th. San Clemente won the Orange County Championships on Oct. 16, as well.

The San Clemente girls are returning to the CIF-SS Finals for the second consecutive time. The championships were not run in 2020, but the Tritons made the finals and qualified to state in 2019, when then-senior Hana Catsimanes won the CIF-SS Division 1 individual title.

On Saturday, the Tritons finished third in their heat with 95 points, ahead of Riverside Poly in the final qualifying spot with 108 points and last-team-out Aliso Niguel with 123 points.

Sophomore Lyza Yetter set the pace for San Clemente with a seventh-place finish at 19:41. Senior Jessika Ephraim was the next in for the Tritons in 13th at 20 minutes even.

This season, the Triton girls finished third at the South Coast League Finals and sixth at the Orange County Championships. San Clemente was unranked in Division 1 going into the preliminaries but beat out a handful of ranked teams to qualify for the CIF-SS Finals.