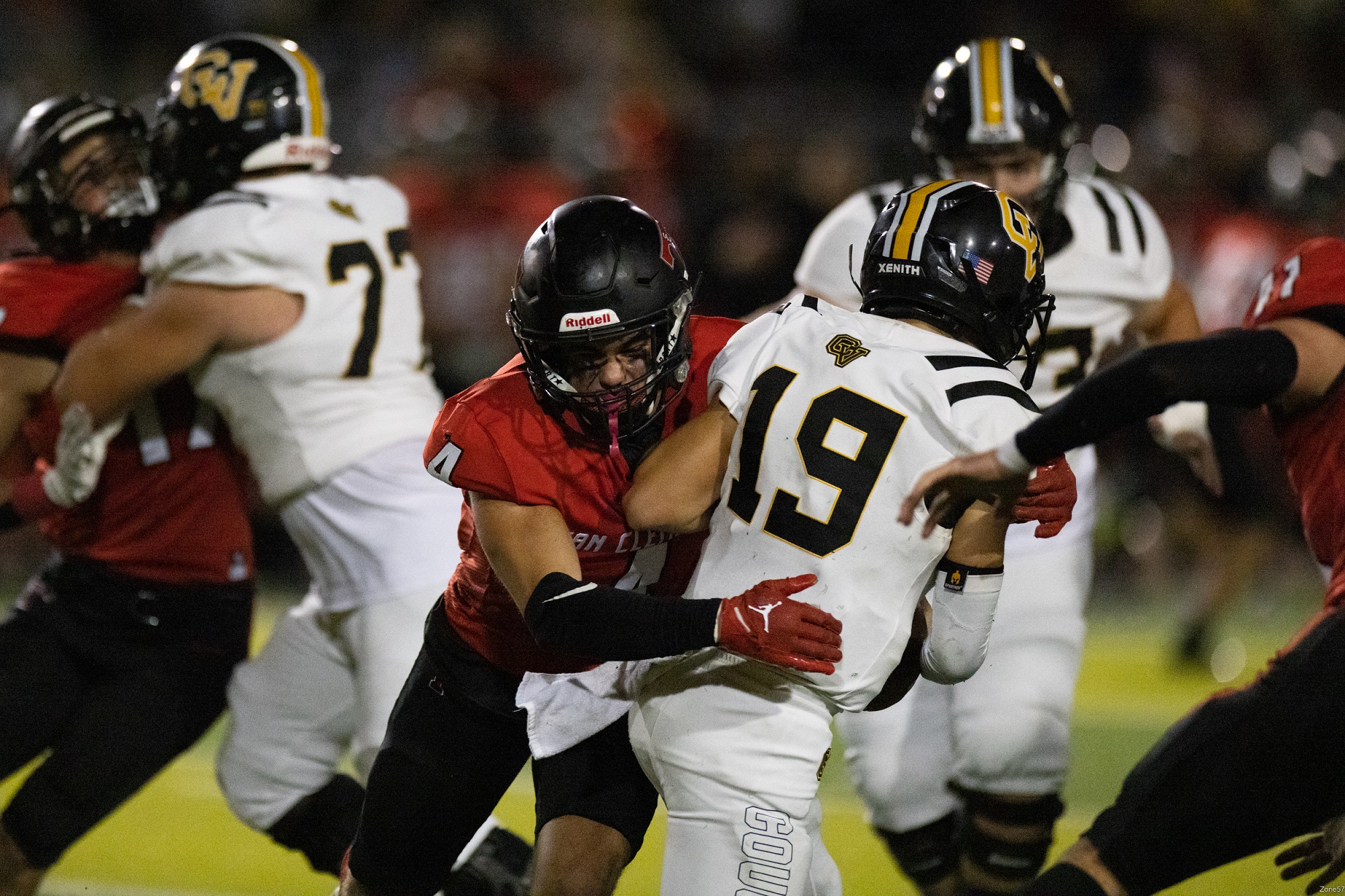 There was every opportunity for the San Clemente football team to turn in their gear well before the final whistle of their CIF-SS Division 2 first-round playoff game on Nov. 4.

By some measures at the end of the regular season, the Tritons should’ve been the top seed in Division 3, but they were placed in Division 2. San Clemente didn’t have a home game, but instead, they’d been pulled up to a road game at No. 2 seed Chaminade of West Hills. In that game, Chaminade scored first, and later, the Eagles held a 10-point lead with roughly three minutes remaining.

San Clemente could have folded at any of those previous points. However, the Tritons fought. San Clemente tied the game in the final minute. The Tritons matched a Chaminade field goal in the first overtime and an Eagles’ touchdown in the second overtime, but then, San Clemente pushed in all of its chips and went for the win.

In double overtime, San Clemente tried for a game-winning, 2-point conversion, but Chaminade stuffed the run attempt just a half-yard short of the end zone to escape the visiting Tritons, 27-26, on the blue turf in West Hills.

“Leave everything on the field,” San Clemente coach Jaime Ortiz said. “We challenged them during the week that they were playing one of the best teams in the Southern Section, so they needed to show they belonged. We were one play away.”

Instead of kicking the extra point and playing through another overtime session, a Chaminade (9-2) penalty gave San Clemente (7-4) the opportunity to shoot for the win at the 1-yard line. It was a decision Ortiz had no qualms about and would do again.

San Clemente’s four losses came to Division 1 or 2 playoff teams. In the second season of CIF-SS using the CalPreps power ratings algorithm to determine playoff divisions after the end of the regular season, six of the eight Division 2 games were decided by 14 points or fewer, with four by fewer than seven points and two one-point games.

San Clemente has now lost back-to-back first-round playoff games, but this year’s defeat takes the Tritons into the offseason with a different emotion than last season’s exit.

Last season, San Clemente was left with an “empty feeling” after squandering a 21-point halftime lead with a 20-point fourth quarter from visiting Roosevelt in Division 3. This season, the Tritons’ valiant push against a Chaminade team that flirted with Division 1 placement all season has San Clemente holding its head high.

Ultimately, the Tritons were led by their senior class, especially on the defensive end.

Cole Robertson put up a monster effort with 21 tackles, including 11 solo tackles and a tackle-for-loss. Robertson also forced a fumble, which was recovered by Brad Gerken for one of his and the Tritons’ two takeaways. Gerken also reeled in a key interception to spark the Triton comeback in the fourth quarter. Hayden Dill and Kyle Yamano each racked up 17 total tackles.

The San Clemente offense came on one their most efficient passing performances of the season. Senior Thomas Hartanov caught both of the Tritons’ touchdowns in regulation, finishing with eight receptions for 109 yards. Junior quarterback Broderick Redden took the reins to complete 26 of 32 passing attempts, both numbers representing season-highs, for 216 yards and two touchdowns. Redden also pushed in the San Clemente rushing touchdown in the second overtime.