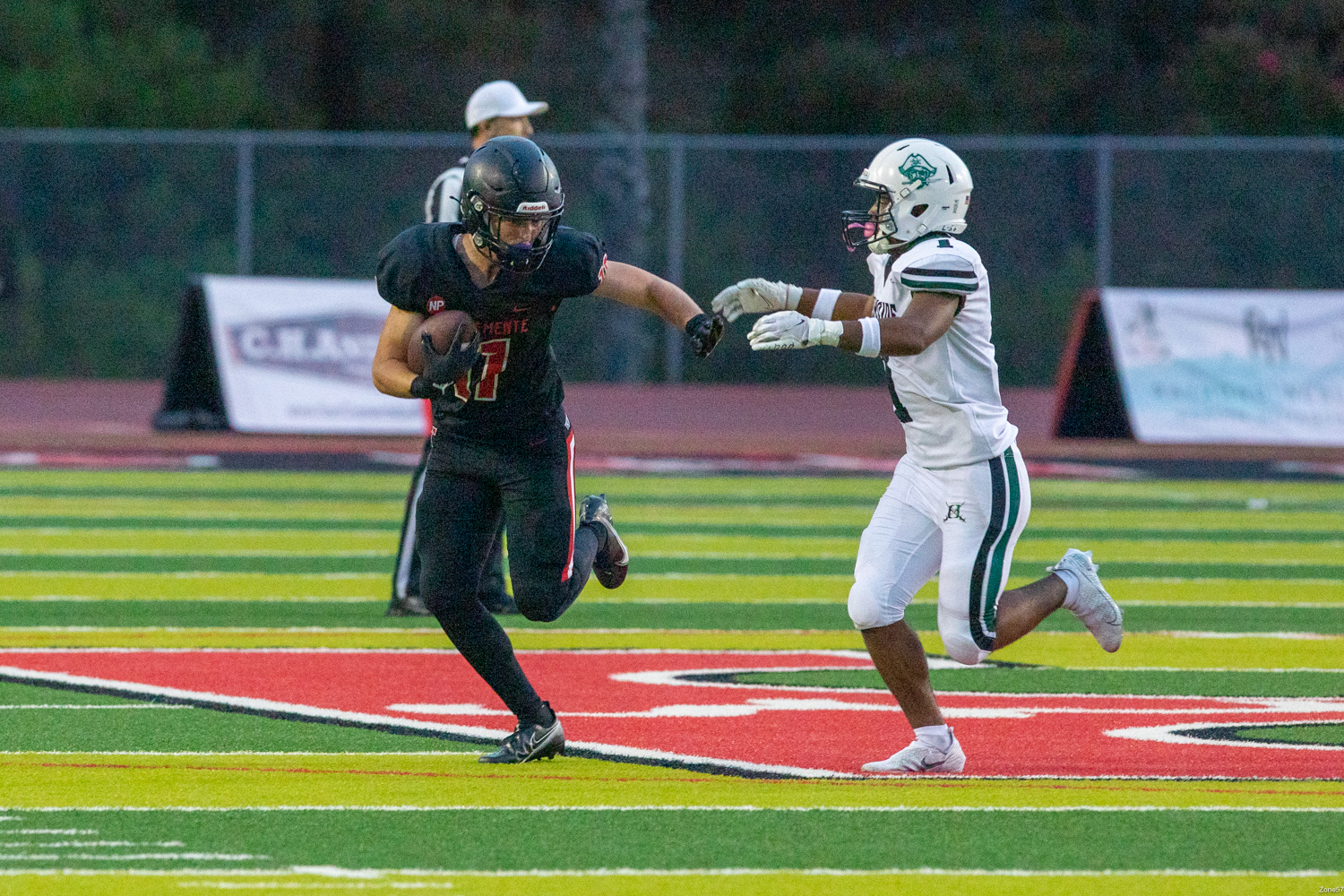 The San Clemente football team makes its way back to Thalassa Stadium on Friday, Sept. 10, and the Tritons will host some special guests for the occasion.

On the eve of the 20th anniversary of 9/11, San Clemente football hosts its annual Military and First Responders Appreciation Night, as the Tritons (3-0) take on Corona del Mar (3-0) in an undefeated showdown.

For 300 of the current and retired military, fire and law enforcement that signed up for the event, San Clemente puts on a pregame dinner and will recognize those military and first responders at halftime.

For those interested in attending and taking in the festivities, tickets can be purchased online at gofan.co/app/school/CA19019.

Look for coverage of the game live Friday on Twitter @SouthOCSports and afterward at sanclementetimes.com.

San Clemente enters Friday’s game unbeaten after another strong defensive performance and a fourth-quarter surge that paved the way to a 13-6 victory over La Costa Canyon in Carlsbad.

Juniors Cole Robertson and Reese McDonald again led the defense with 14 tackles and 10 tackles, respectively. Robertson made a team-high eight solo tackles and had the team’s only sack. Senior Jack Demora and junior Nolan Reid each made six total tackles, and junior Ryder Insley made five tackles, including three solo tackles.

Finally, in the fourth quarter, San Clemente found the scoreboard. Senior quarterback Lachlan Van Rosmalen ran for a 2-yard touchdown to tie the game, 6-6, in the first minute of the fourth quarter. The PAT was missed, so the Tritons and Mavericks remained tied.

San Clemente surged ahead with under a minute to go when Van Rosmalen hit junior receiver Thomas Hartanov on a 20-yard touchdown pass to seize the lead, 13-6. The Tritons made one last defensive stop to seal the win.

Van Rosmalen completed 11 of 20 passes for 111 yards, with one touchdown and one interception. After two strong opening games, junior running back Blake Allen was limited to 16 carries for 50 yards and three receptions for 40 yards. Hartanov caught five passes for 51 yards and a touchdown.

San Clemente now moves on to its toughest opponent so far this season against unbeaten Corona del Mar. The Sea Kings have showcased a strong offense, as has become the norm for the program, with a 36-20 win over Downey, 56-8 win over Paramount and a 41-7 win over Palos Verdes.

The Corona del Mar defense has also been impactful by forcing 10 turnovers in three games—four interceptions and six fumble recoveries.

The Sea Kings have had the Tritons’ number in their past two regular-season meetings, with Corona del Mar scoring a 21-20 win at San Clemente in 2018 and a dominant 42-21 win at Newport Harbor High School in 2019.