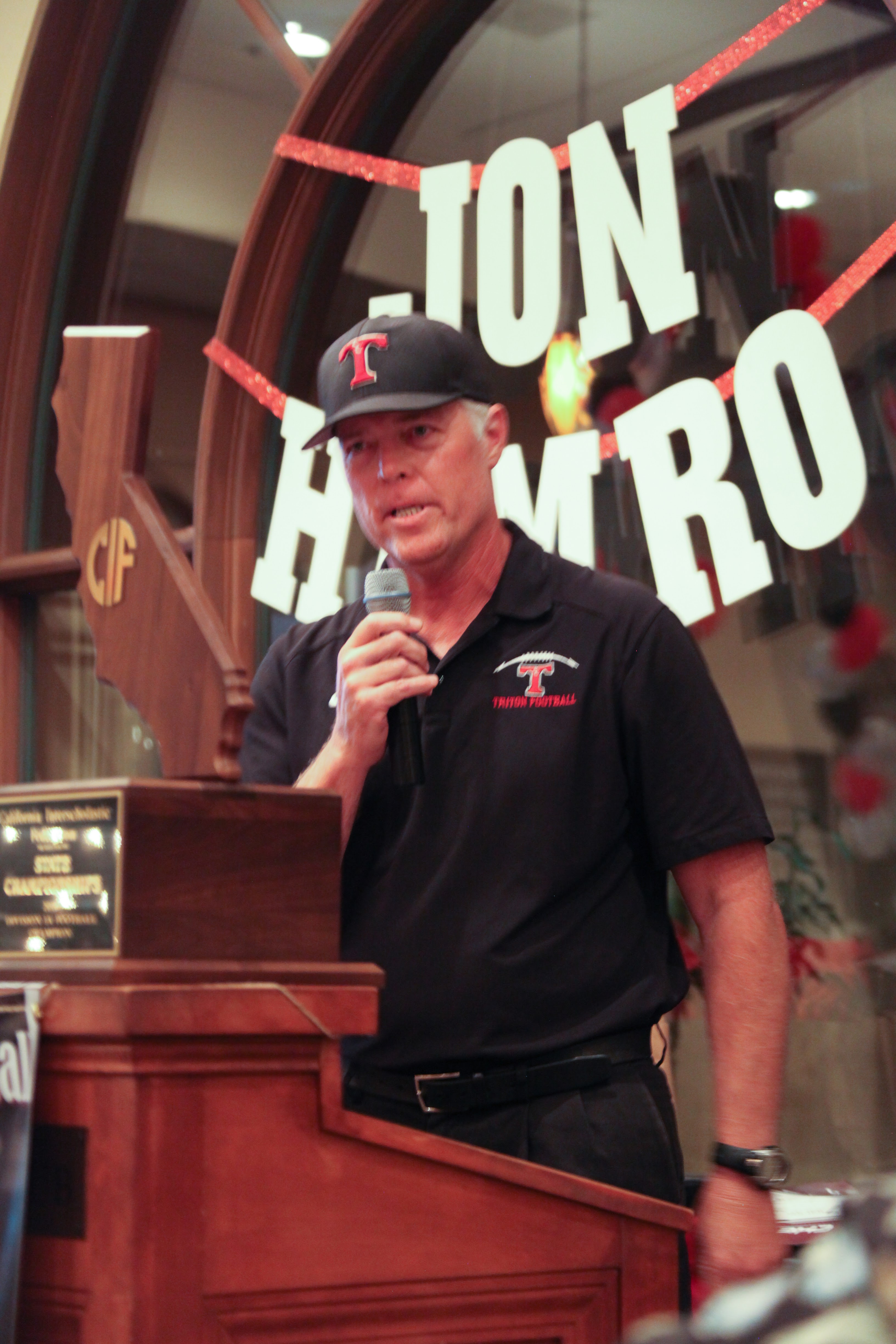 By Brad Wright, for the San Clemente Times

Short of carrying a tuba and marching with the Triton band at halftime, Jon Hamro has done just about everything for the San Clemente High School football team.

The former standout player, head coach and current athletic director and assistant football coach can now also add Hall of Famer to his résumé. He was inducted into the program’s Hall of Fame during a ceremony May 19 following the annual Triton Football Hall of Fame Golf Tournament at Talega Golf Course.

“I have been so incredibly blessed to grow up here in San Clemente, work at my alma mater and raise my family here,” said Hamro, who has been the Tritons athletic director since 1995.

In 2011, Hamro took over the head coaching reins after Eric Patton resigned and led the Tritons to a 12-2 record and an appearance in the CIF-SS Pac 5 Division championship game.

The following season, Hamro promoted assistant Jaime Ortiz to head coach. In 2016, Ortiz led the Tritons to their first CIF-SS title and the first football state championship in the school’s 52-year history. Hamro has stayed on as an offensive line coach, and he played a key role in orchestrating the 2016 championship team’s powerful offensive attack, which included two 1,000-yard rushers.

Hamro, who was inducted into the Hall of Fame by his brother, Gary Hamro, played football and basketball while attending SCHS. He was a lineman on the 1979 team that reached the CIF-SS Central Division title game. He graduated in 1981.

“In 1992, he was the first full-time coach I hired on my staff,” said former SCHS coach Mark McElroy, currently the coach at Saddleback College. “He has since impacted more than 25 years of athletes at San Clemente High School. He is truly a Hall of Famer.”