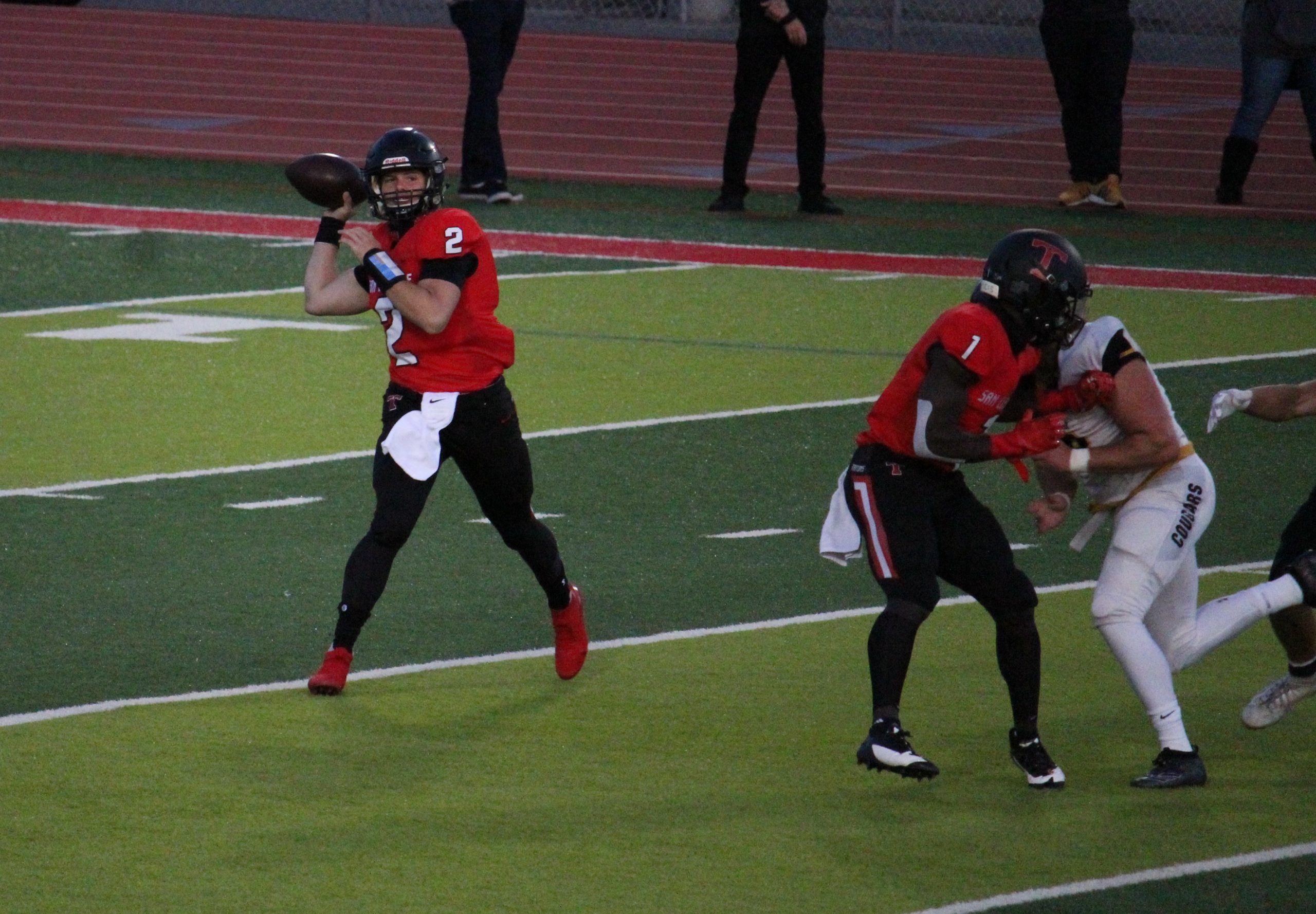 The San Clemente football team hits the road for the first time this season on Friday, April 2, as the Tritons (2-0) take on San Juan Hills (2-0).

Friday’s game will renew the “Battle of La Pata” as the neighboring rivals square off. It’s less than six miles and 15 minutes of drive time between the two schools, as the Tritons head up Avenida Pico, turn left on Avenida La Pata and go over the hill into San Juan Capistrano and the Stallions’ “Badlands.”

Both teams are unbeaten early in this shortened season, and both have shown a penchant for scoring points.

San Clemente was explosive last week on its virtual Homecoming night against Aliso Niguel, as the Tritons put up 41 points in the first half to cruise to a win over the Wolverines, 41-7.

San Juan Hills opened its season with a 48-14 blasting of El Toro before entering into a shootout last week with Capistrano Valley, the Stallions’ and Tritons’ one common opponent. San Juan Hills rocketed to a two-score lead in the second quarter, and despite the Cougars’ persistence, the Stallions maintained their lead en route to a 52-41 victory.

San Clemente beat Capistrano Valley with a strong second half in its season opener, 35-24.

The South Coast League opener is an important tone-setter for both teams as they look to make the most of their delayed and shortened seasons.

San Clemente is looking to remind its neighbor who runs the South Coast League and keep on track for its traditional league title game against Mission Viejo in the season finale. With a CIF title finally in hand, San Juan Hills wants to prove it belongs in the “upper league” for good and establish a new order for the South Coast League.

Either way, there are sure to be fireworks Friday night at the Badlands.