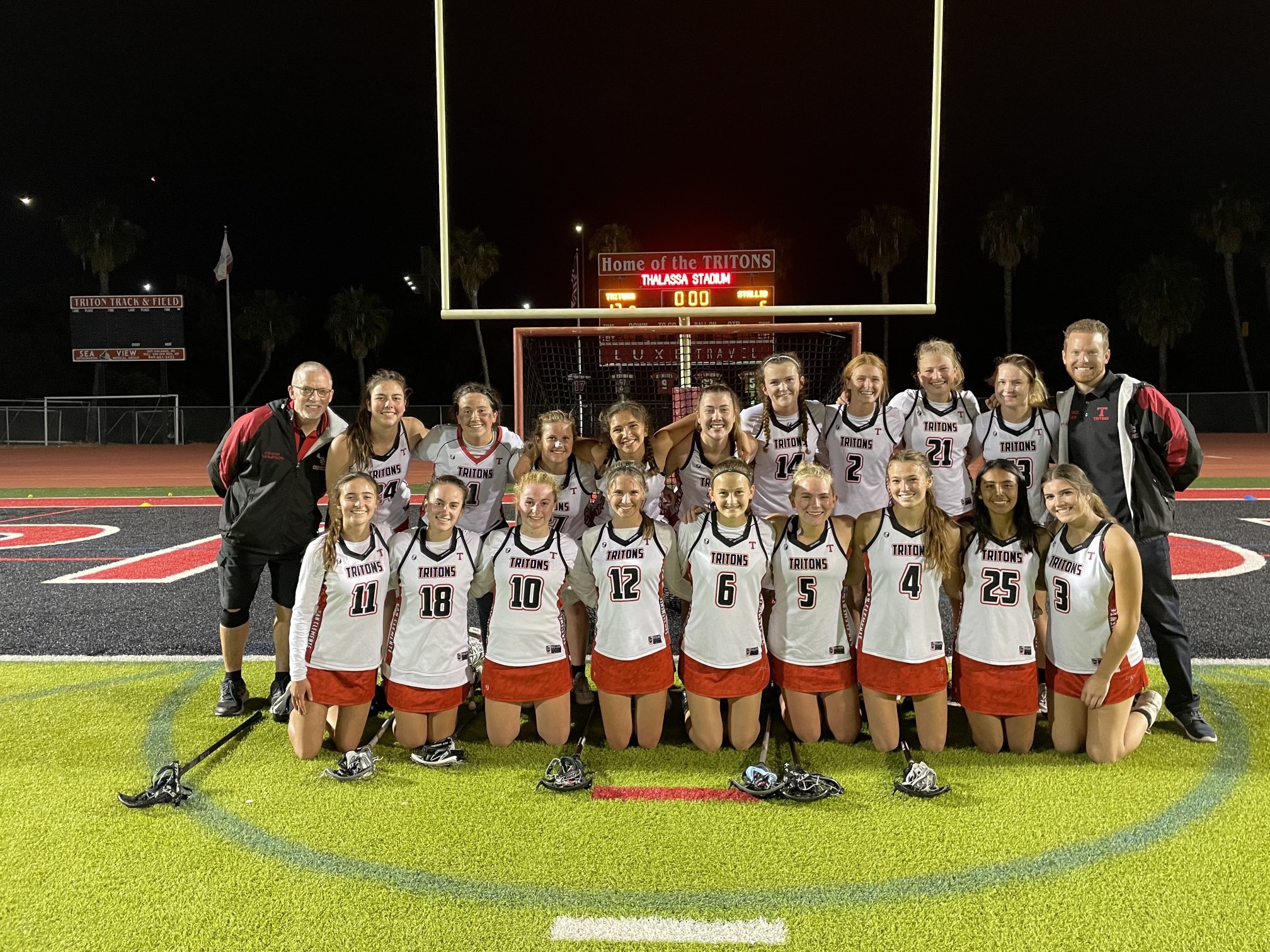 Last season was supposed to feature the first-ever CIF-SS lacrosse playoffs. However, the COVID-19 pandemic sidelined those plans.

Until last season, the high school lacrosse playoffs in Southern California had been organized and administered by U.S. Lacrosse’s Orange County and Los Angeles chapters. Each county would hold its own playoff bracket—just one division—with the two county champions meeting for the Southern Section championship.

That all changes now with the sport now having enough section members to host full CIF-SS playoffs with three different divisions, and after a dominant league run, the San Clemente girls lacrosse team earned the honor of hosting a game in this historic first round.

San Clemente went completely unscathed in league play to win the South Coast League title, and the Tritons will host Edison in the Division 1 first round on Saturday, May 29.

If San Clemente wins on Saturday, the Tritons will travel to Newbury Park or Beckman for the Division 1 quarterfinals on Wednesday, June 2.

San Clemente played at Edison on April 24, and the Chargers won a tight contest, 12-9. Edison finished second in the Sunset League behind Newport Harbor, which San Clemente defeated in the season opener, 11-10, on March 20.