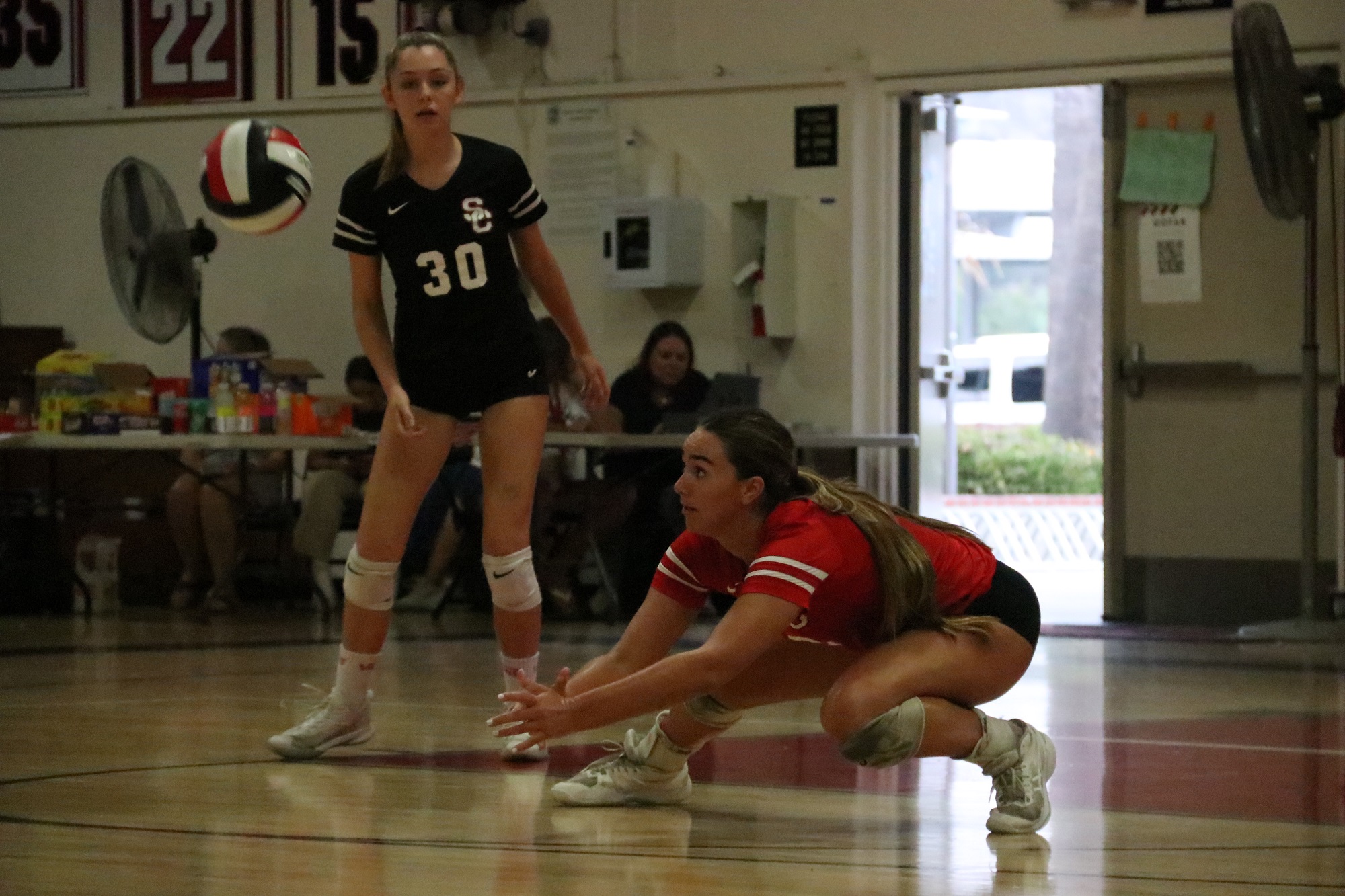 Coaches in every sport have always said the first day of school is a tough day for a practice or a game, let alone a season opener, with all the distraction the day brings. Not to mention the overwhelming humidity that showed up in the San Clemente gym on Tuesday night.

However, the Tritons found their focus and finished off Mission Viejo in dominant fashion, 25-16, 25-11, 25-11, to start their season on the right track.

“We missed five serves in the beginning of the first set, and it was tight,” San Clemente coach Casey Swenson said. “It was close for a bit. We were looking good, but we were just making mistakes. They call a timeout, it’s like 17-13, and I said, ‘Let’s just take care of the ball. Clean it up.’ From that point on, it was really smooth and clean.”

San Clemente led by as many as nine points early in the second set and closed with the final seven points for a 2-0 lead. In the third set, the Tritons opened with 5-0 and 8-1 leads and finished the match with a 7-1 run to complete the easy sweep.

“All of our pieces were working really well together,” senior outside hitter Lily Dwinell said. “We were able to accomplish what we came to do.”

As the Tritons rolled through the Diablos, Swenson was able to roll through his roster, which is crucial to get early experience across the board for a team with seven returners, 10 new players and two starting sophomores.

“This year, we’re having to ask our newcomers to do stuff they haven’t done before, play positions that they haven’t before,” Swenson said. “What I’m so proud of is they’re all just jumping in. It’s team mentality from top to bottom. You got to see that in Game 3. You saw girls in that probably their whole career they’ve been an outside or a DS (defensive specialist), and here they are setting and playing middle blocker.”

Despite the influx of new blood, San Clemente has its goals set higher than last year’s tie for the top of the South Coast League and first-round exit in the CIF-SS Division 1 playoffs. The Tritons split with Aliso Niguel in league play, and then lost to Sierra Canyon in the first round of the CIF-SS playoffs and second round of the CIF State Regionals.

“It was a funny one last year,” Swenson said. “Having such a high, winning a share of the league championship at the end of the season, then winning/losing that coin flip. Aliso gets to go on and win Division 2, and we’re playing really tough teams in Division 1. I think this group is going to be more ready for that challenge. If we’re going to be in Division 1, they’re really going to go for it.”

San Clemente hosts Laguna Beach on Thursday, Aug. 18, and will play in the Tesoro tournament this weekend. The Tritons play at Beckman on Monday, Aug. 22, and are back in San Clemente to host Foothill on Tuesday, Aug. 23. League play begins on Sept. 15 against San Juan Hills.