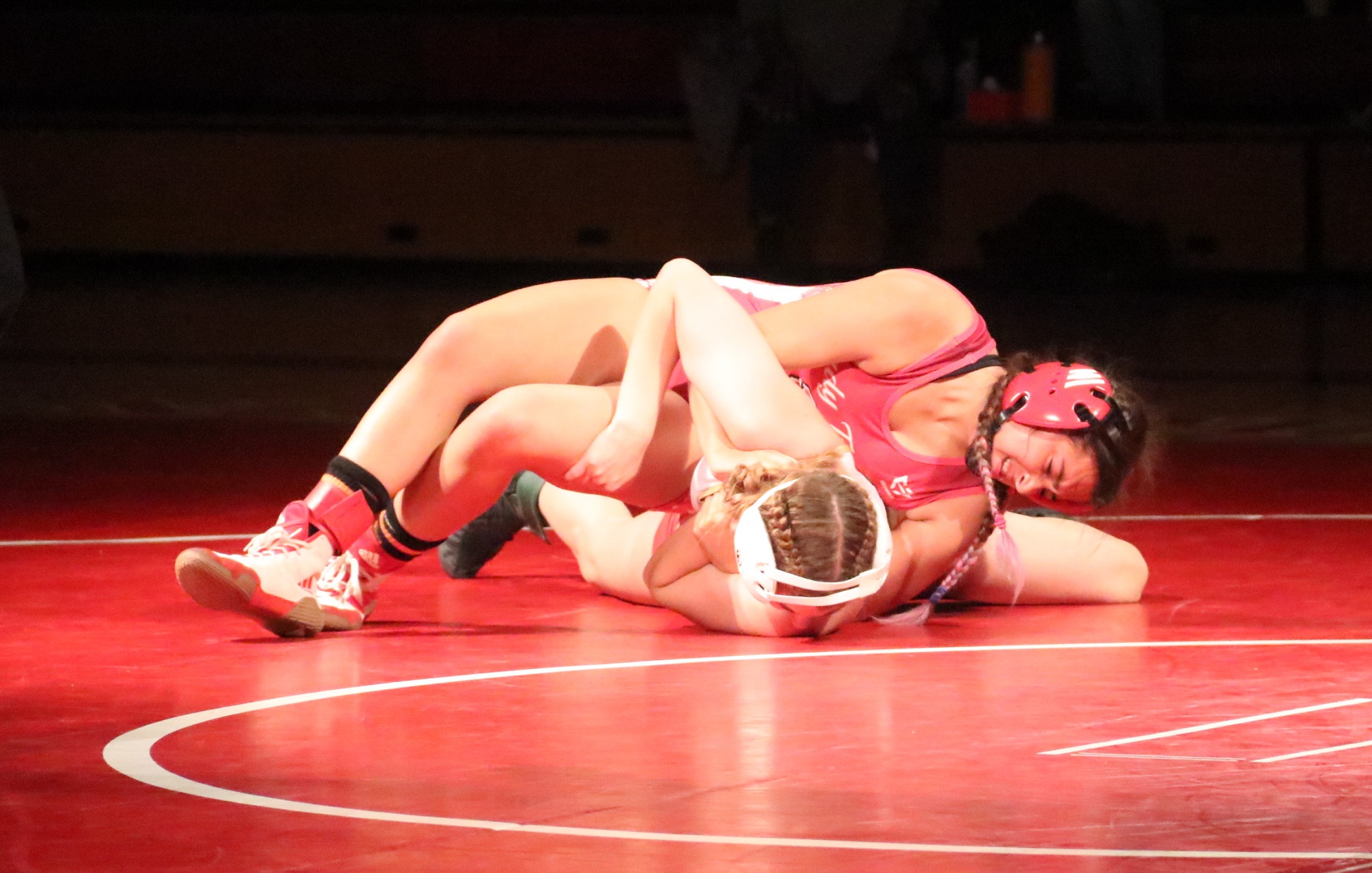 The San Clemente girls wrestling team was a part of history with wins in the first two rounds of the first-ever CIF-SS girls wrestling dual meet playoffs, but the Tritons’ run was ended by a dominant showing by the No. 1 seed on Friday, June 4.

Corona won six of the first seven matches by pin with the outlier being a forfeit at 189 pounds by San Clemente. The pins came fast and furious with the second and third wins by Corona coming in the first minute.

San Clemente showed some fight at the lower weights, but Corona still came up with a technical decision at 111 pounds and a major decision at 116 pounds.

San Clemente’s Eden Hernandez wrestled the most tightly contested match of the night at 121 pounds. Points were hard to come by as Hernandez and her Corona counterpart showcased near equal skill and strength, but Corona edged out the decision, 4-2.

The win at 121 pounds gave Corona a 54-0 lead, but as San Clemente had inched closer with each of the previous three matches, the Tritons finally got on the board.

San Clemente junior Jennifer Pearson had kicked off the night’s proceedings with the singing of the Star-Spangled Banner, and with a strong start at 126 pounds, Pearson worked hard to earn the pin and the full six points for San Clemente with the win by fall.

In the final match of the night at 143 pounds, Corona once again worked quickly to earn the pin and close out this quarterfinal dual, 66-12.

Corona moves on to wrestle against Canyon Springs in the CIF-SS Division 1 semifinals on Monday, June 7.