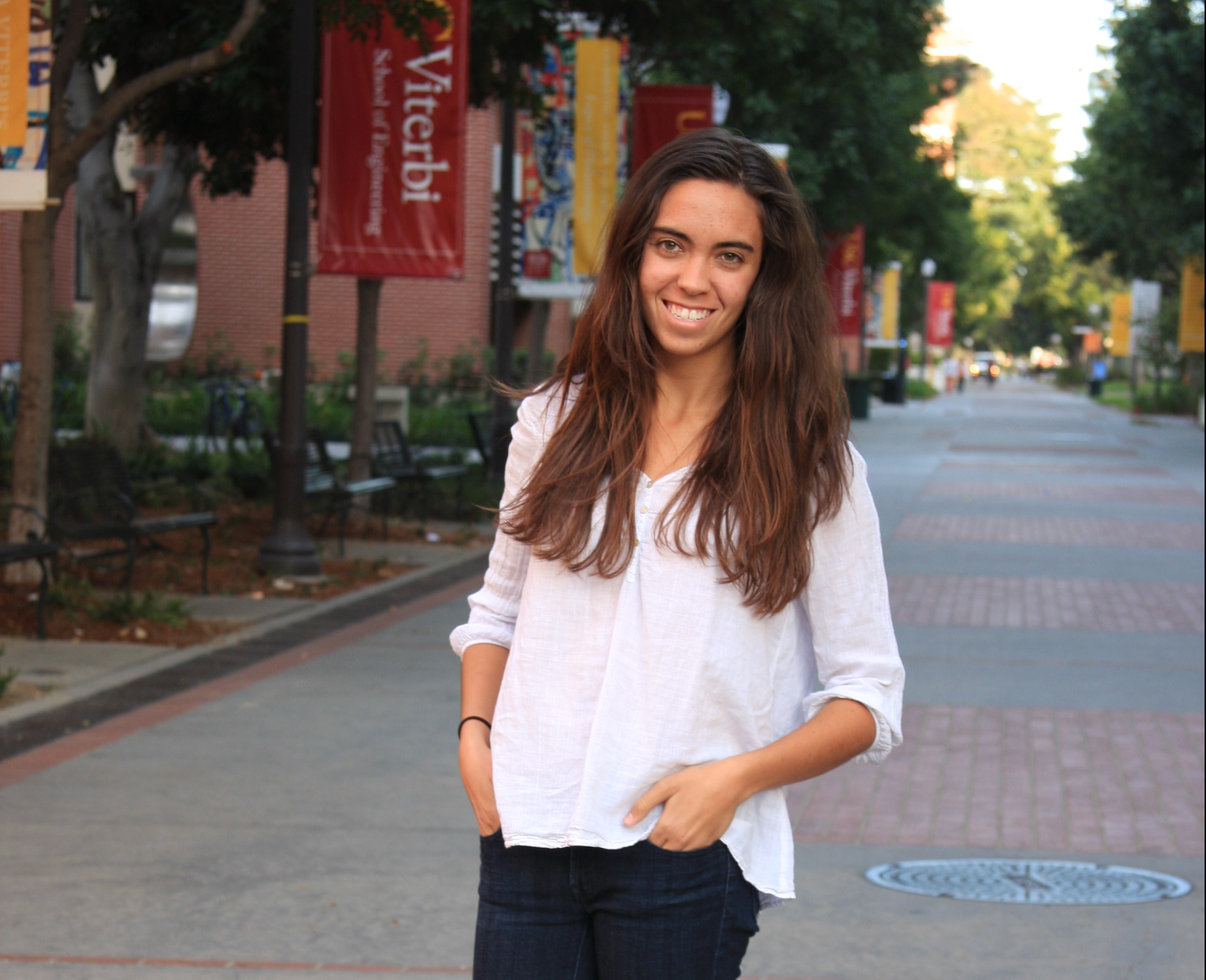 Bachelor of Science and Master of Arts and Ph.D.—Oh my!

As graduations come to a close, in the aftermath of “Pomp and Circumstance” it’s likely that some college graduates will return home to find their footing.

After graduating from the University of Southern California, Madison (Madi) Swayne arrived home for the summer, but with her feet planted firmly on the ground—a ground she’s dedicated to making more sustainable.

Madi graduated with both a Bachelor of Science and Master of Arts in Environmental Studies, and accepted a fellowship to pursue her Ph.D. in Urban Planning and Development beginning in the fall—at the unlikely age of 20. Instead of spending her summer on the sand, she’s commuting daily from the beach to Los Angeles working at a Fortune 500 company as an environmental consultant.

At a young age, Madi’s love of learning and surfing took her from traditional classrooms to unconventional environments. As a competitive surfer, Madi’s mother home schooled her from grades six through eight, and Madi completed three years of academics in two school years.

“I always had the desire to move quickly but was sometimes held back in a normal classroom.  So when I was taken out of that environment I had the opportunity to go at my own speed and to also study things that were interesting to me. That was really neat,” she said.

Madi’s travels to surf competitions provided her an opportunity to visit many state parks, in the mainland U.S., Hawaii and beyond, and to study diverse ecosystems.

“It was really cool to be studying ecology in my book and then going out and experiencing it,” she said.

With high school on the horizon, Madi scaled back her competition schedule.

As a member of the class of 2011 at San Clemente High School, she completed numerous Advanced Placement classes and earned the International Baccalaureate Diploma but says one of her proudest accomplishments was starting the Surfrider Foundation high school chapter and becoming very involved in local outreach and activism.

“We got a team of people together and collected trash at T Street Beach,” she said. “We counted the tiny beads and pieces of Styrofoam—over 36,000 pieces in one day.”

Madi shared this number with City Council members at a meeting, answering their questions and urging them to act.

“We have a responsibility as a coastal town to do something,” she told council. “We are the last stop before the trash reaches the ocean.”

Her commitment to protect the environment also led her to Sacramento to fight for passage of AB1998 State Assembly bill aimed at eliminating the distribution of plastic bags in California.

“I was very active in pursuing the passage, unfortunately it didn’t pass but it was a really awesome learning experience,” she said.

As she began applying to colleges, she faced uncertainty.

Looking back, she encourages prospective applicants to do the same.

“Don’t be deterred if you don’t have the highest GPA, apply anyway and show the committee and wholesome, well-rounded applicant.”

Madi applied and was invited to interview for USC’s half-tuition Presidential Scholarship, but a few weeks later received a denial letter. Instead, she received the full-tuition Trustee Scholarship.

“That pretty much sealed the deal on where I was going to go,” she said.

She lived in the scholarship dormitory as a freshman and then spent the next three years in dorm housing as a residential assistant advising freshmen embarking on their collegiate journey.

“I applied to be an RA because I wanted to help students,” Madi said. “I think a lot of kids, myself included, graduate high school and think, ‘I have to make a decision right now about what I am going to do for the rest of my life.’ That’s not true. Don’t worry so much—it’s going to work out.”

“Everyone says, ‘Oh you’re going off to college and your freshman year is going to be the best thing ever,’ and for a lot of people it’s really not.” She suggested, “Stick with it, keep trying things and don’t be afraid to make yourself a little bit vulnerable. Get involved, that’s how I found my friends.”

Following her own advice, as a freshman Madi joined several organizations but is especially proud of her involvement as a guide in SC Outfitters. The group founded in 2008 by a group of students as a class project to lead outdoor trips for students.

“SC Outfitters was really my family away from my family, I became really close with my fellow guides and we spent pretty much every weekend together,” she said.

Madi served as elected president of SC Outfitters in 2014, the same year it was voted USC’s best student organization.

Believing that it takes a village, Madi acknowledged the advice and assistance she appreciated at USC.

“I was really fortunate to find amazing professors who guided me along the way,” Madi said. “I think the biggest piece of advice was not to say no; that if somebody gives you the opportunity to do something just say yes. You may figure out that you don’t like it, but at least try it.”

As a senior at USC, she sought counsel from her professor who also worked as an environmental scientist at a prestigious environmental consulting company—a career goal she shared. He encouraged her to apply for her doctorate.

“I took him out for coffee one day and said, ‘How did you get to what you are doing now?’” she said. “Until then I hadn’t really considering pursuing my Ph.D.”

In the fall Madi enrolls in the USC Price School of Public Policy where she was awarded another full scholarship to work on her Ph.D. in Urban Planning and Development.

Madi admits it was a difficult decision to choose between higher education and lucrative employment offers.

“I was definitely tempted. I’d be making a great paycheck, whereas doing my Ph.D. I will basically be hovering just above the poverty line,” she joked.

Compared to colleagues in her doctoral program, Madi holds one distinct advantage.

“I’m the only one under 25 so I don’t feel like I’m missing a lot of years that I could be gainfully employed,” she said.

When asked what she sees for her future as she continues to pursue her passion at her own pace, she said, “In 10 years I hope to have a career that is meaningful where I get to solve problems, ask questions and work with people who are interested in big issues such as environmental sustainability. I also hope to start a family.”