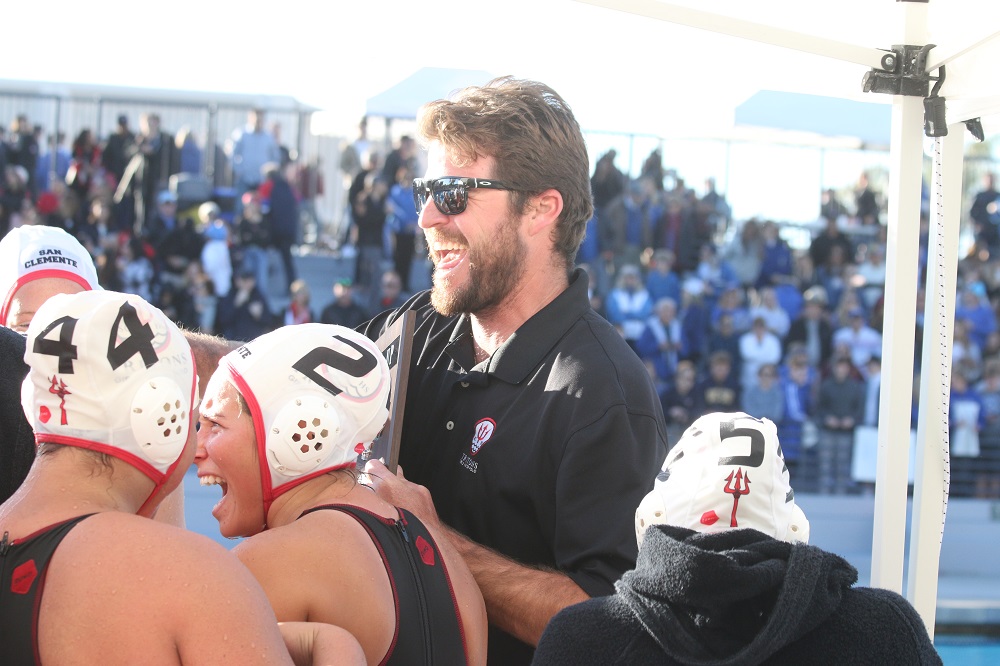 “I feel blessed that I have been selected as head coach of the men’s and women’s water polo programs at OUAZ,” Powell said in an Ottawa University statement. “I am looking forward to becoming a part of the OUAZ family and working to continue to build two strong, successful water polo programs. I want to thank (Director of Athletics) Kevin Steele and the leadership at OUAZ for trusting in me and giving me this amazing opportunity.”

San Clemente High said the head coach positions for both programs will be filled internally for the rest of the current school year, and a search for permanent replacements will happen over the summer.

The boys water polo season was scheduled to open on Dec. 21, with the girls scheduled to start on Dec. 28, but all athletics remain on hold with the Southern California region under the state’s stay-at-home order. When that order is lifted, water polo would be allowed to play when Orange County reaches the orange “moderate” tier, the second-lowest risk level in the state’s four-tiered, color-coded coronavirus monitoring system.

Powell has also been the San Clemente boys water polo head coach for the past five years. The Tritons have won three consecutive undefeated South Coast League titles, advancing to the program’s first CIF-SS championship game in 2019, their first CIF-SS title-game appearance since 1991.

“All of the above demonstrates Coach Powell’s passion for the sport, a work ethic that is unparalleled, and an extremely high water polo IQ,” San Clemente athletic director Jon Hamro said in a statement. “However, what really has set Coach Powell apart is his transformational leadership style, which has enabled him to connect with his athletes and their families. He has built real, meaningful relationships with EVERY student-athlete in that they feel valued, their self-concepts have been elevated, both of which have resulted in a culture of intrinsically motivated student-athletes that has directly led to program-wide success both in the water and in the classroom.

“It is clear that Ottawa University knows that Coach Powell’s philosophy will carry right over to the collegiate level. While we are sad to see Coach Powell leave, we are also excited for him and his family as they embark on this new journey.”

Ottawa University in Arizona competes at the NAIA level in the Golden State Athletic Conference, which include local schools such as Vanguard University in Costa Mesa and Hope International University in Fullerton.