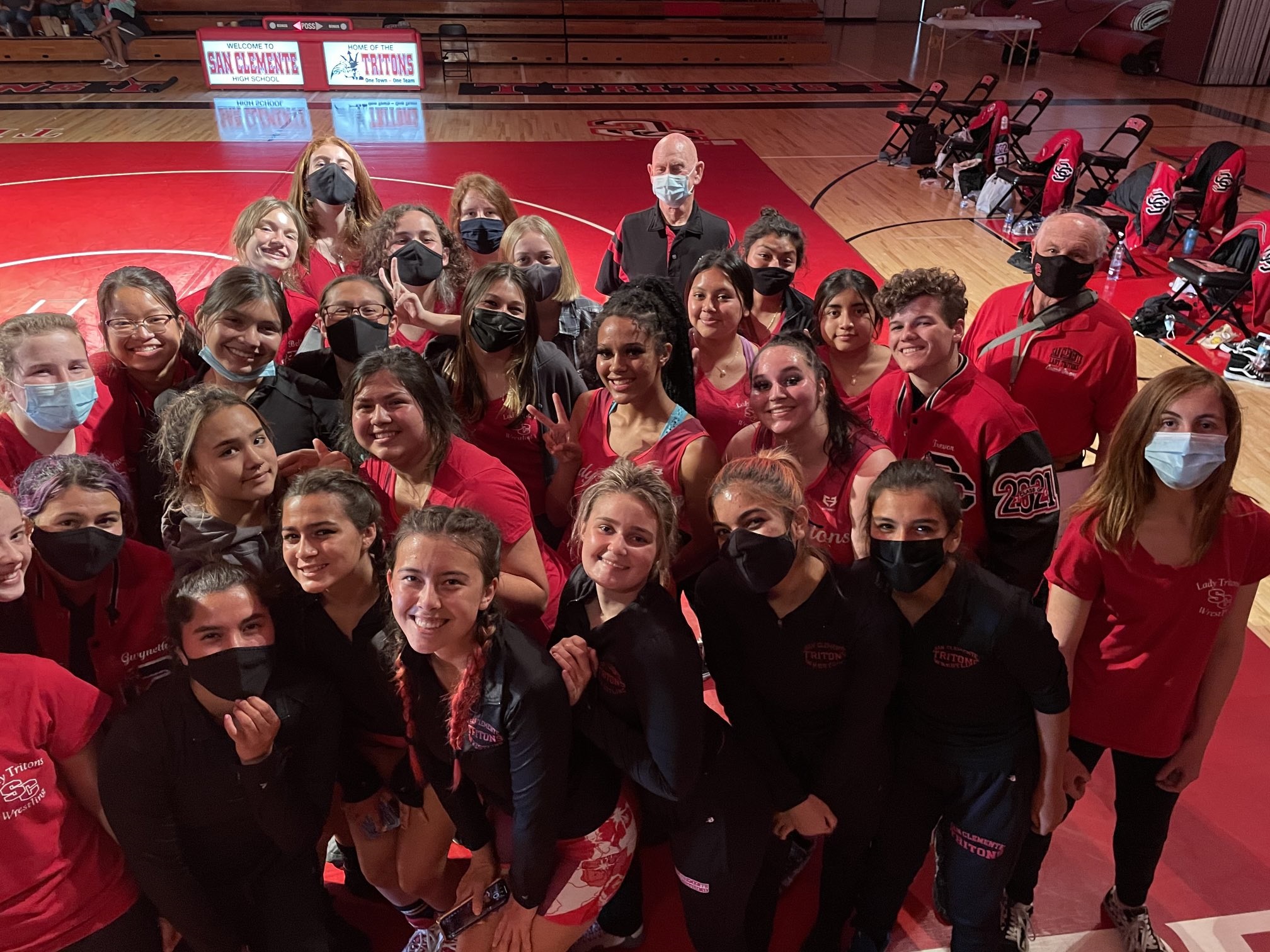 The San Clemente boys wrestling team will grapple for it all for the second straight season in the CIF-SS Division 3 Dual Meet Championship on Saturday, June 5, at 1 p.m. at San Clemente High School.

The Tritons have dominated their competition as the No. 1 seed in Division 3.

San Clemente earned a first-round bye and then crushed Camarillo at home, 58-10, in the quarterfinals on Saturday, May 29. With the benefit of a coin flip, San Clemente also hosted the semifinals against Chaminade on Tuesday, June 1, and cruised to the victory, 56-13.

The Tritons will now look to clinch their second straight CIF-SS dual meet championship against visiting No. 2 seed Royal on Saturday. San Clemente is the host team thanks to another beneficial coin flip.

Last season, San Clemente claimed the Division 4 crown as an underdog. The Tritons had to upset No. 2 seed Mayfair, 39-25, and No. 1 seed Beverly Hills, 37-24, to win their first CIF-SS dual meet championship.

In that Division 4 tournament last season, Royal was edged by Beverly Hills in the semifinals, 28-27.

The sport of girls wrestling has continued to grow.

Girls interested in wrestling first had to compete for spots on the boys teams and in boys tournaments. Soon, there were enough girls to form small girls divisions at several tournaments. Eventually, the number of girls in wrestling grew to create entire CIF-SS championship tournaments.

Now, for the first time, the number of full girls wrestling teams has grown to necessitate a girls dual meet championship, as there is on the boys side.

This year’s CIF-SS girls wrestling dual meet playoffs are special. Not only because these are the first playoffs, but due to COVID-19 concerns, it is the only girls wrestling postseason tournament due to the cancellation of all individual CIF wrestling tournaments.

The San Clemente girls wrestling team has taken its opportunity and run with it so far in the Division 1 dual meet playoffs.

On Wednesday, May 26, the San Clemente girls hosted Cajon and stormed to a dominant victory, 60-23. The Tritons followed that up with an early-morning trip to Santa Monica on Saturday, May 29. Despite the road environment, San Clemente came out with another strong win, 54-27.

Next up, San Clemente has its toughest test yet, as the Tritons host No. 1 seed Corona. The match was originally scheduled for Tuesday, June 2, but instead will be contested on Friday, June 4, at 4 p.m. at San Clemente High School.

The winner will wrestle in the semifinals against Long Beach Millikan or Canyon Springs. The semifinals are still scheduled for Saturday, June 5, but that could be rescheduled with San Clemente and Corona wrestling the day before.