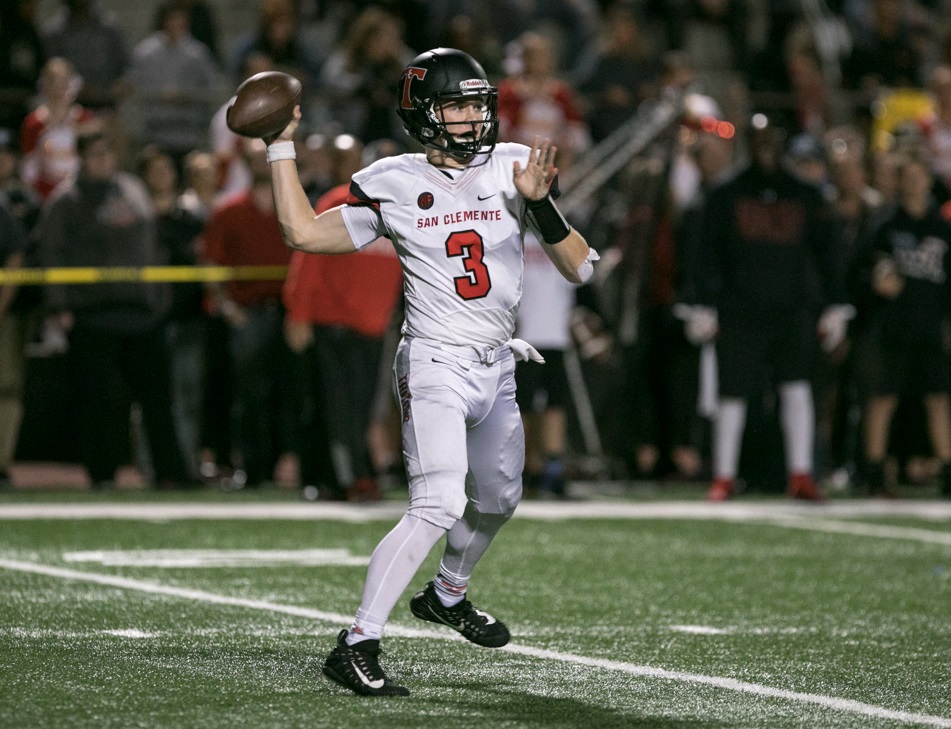 Costello is the sixth San Clemente quarterback to commit to a NCAA Division 1 school in the last 10 years.

Costello can’t sign with the Cowboys until the early signing period after the football season in December or on National Signing Day in February. He also had offers from Eastern Washington University, Army-West Point, Brown University, UC Davis and the Air Force Academy.

Costello completed 64 percent of his passes for 2,132 yards and 23 touchdowns. Costello also ran for 392 yards and five touchdowns on 99 carries as he led the Tritons to a 9-2 record and the CIF-SS Division 1 playoffs.

Stier won gold in the javelin and silver in the shotput at the 2018 Desert Challenge Games on June 15 at Arizona State University in Tempe, Arizona.

The 17-year-old took the top mark in the wheelchair F33 javelin at 14 feet even on her fourth attempt.

In the wheelchair F33 shot put, Stier put up her best mark on her sixth and final attempt with a throw of 10 feet, eight inches.

Stier, who competes with cerebral palsy, was part of a field of 424 athletes and guides from 16 countries, including 46 members of Team USA.

The San Clemente Surf soccer club has picked up wins on each of the last four weekends as the club puts together a successful summer on all levels.

Congratulations to Boys 08's Ozuna who won all 4 games and the Championship in the top flight of Swallows Cup. #SanClementeSurf#OneTownOneClub #Champions? #RideTheWave #PlayTheSanClementeWay pic.twitter.com/jyjfNCgNfs

On June 17, the boys 2008 group won its third tournament of the season as the 2008 Ozuna team took the Swallows Cup in San Juan Capistrano. The girls 2006 team made the finals of its bracket.