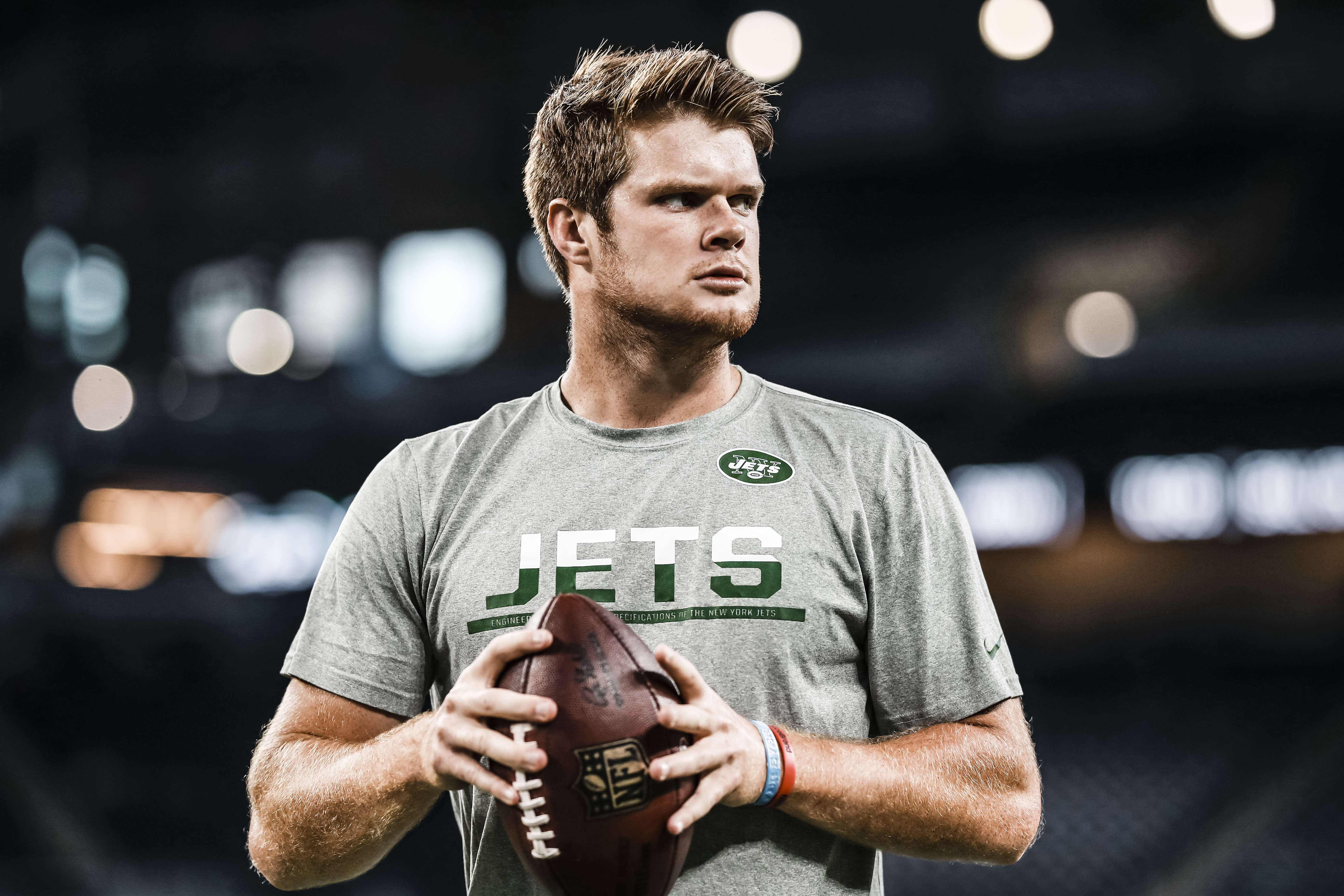 Darnold Named Player of the Week in Return

San Clemente High alum Sam Darnold earned AFC Offensive Player of the Week honors for his performance in the New York Jets’ 24-22 victory over the Dallas Cowboys on Sunday, Oct. 12.

In Darnold’s first game back with the Jets after missing three games due to mononucleosis, the 2015 Triton graduate completed 23 of 32 passes for 338 yards and two touchdowns, with one interception. Darnold’s passing yardage total was just three yards shy of his career high.

Darnold’s biggest highlight of the day came on his first touchdown pass of the afternoon. At the Jets 8-yard line, Darnold ran a play-action pass and connected with Robbie Anderson, who split his defender and the safety on the right side, at midfield. Anderson ran untouched the rest of the way on a 92-yard touchdown.

Darnold, 22, was also nominated for the NFL’s FedEx Air Player of the Week for his passing effort. Voting at nfl.com/fedex takes place until noon on Thursday, Oct. 17, and the winner will be announced that afternoon.

Darnold had only played in the Jets’ season opener on Sept. 8 before getting diagnosed with mononucleosis. The second-year quarterback was sidelined for the next four weeks, including New York’s bye week, due to the illness and the resulting spleen inflammation.

Next up for the Jets (1-4) is the biggest test of Darnold’s young season, as New York hosts Tom Brady and the Super Bowl-champion Patriots (6-0) on Monday Night Football. Without Darnold, the Jets lost at New England, 30-14, on Sept. 22.

San Clemente High alum Kyle Murphy was selected by the DC Defenders with the eighth pick in the offensive lineman portion of the first XFL Draft on Tuesday, Oct. 15.

The XFL is a new professional spring football league owned by Vince McMahon, the majority owner and CEO of WWE, and will begin play with eight teams on Feb. 8, 2020. This is the second incarnation of the XFL after a wild one-season joint venture between WWE and NBC in 2001.

The draft was conducted in stages. On Tuesday, “tier 1” quarterbacks were allocated to each team, followed by a 10-round Phase 1 draft of skill players and a 10-round Phase 2 draft of offensive linemen. Phase 3 for defensive front-seven players and Phase 4 for defensive backs, both 10 rounds, took place on Wednesday, Oct. 16, followed by a 30-round open draft phase to fill out the rosters.

With our first pick in the Offensive Line Phase of the #XFLDraft, we've selected OT Kyle Murphy!#DefendersDraft? pic.twitter.com/xcVhsR6BaQ

Murphy was last pick in the first round of the offensive lineman phase by DC. The Defenders will play at Audi Field, home of Major League Soccer’s DC United, in Washington, D.C.

Murphy, a 2012 Triton graduate, was most recently with the Los Angeles Rams as a member of the practice squad for the team’s playoff run to the Super Bowl. Murphy signed a reserve contract in February but was waived in April.