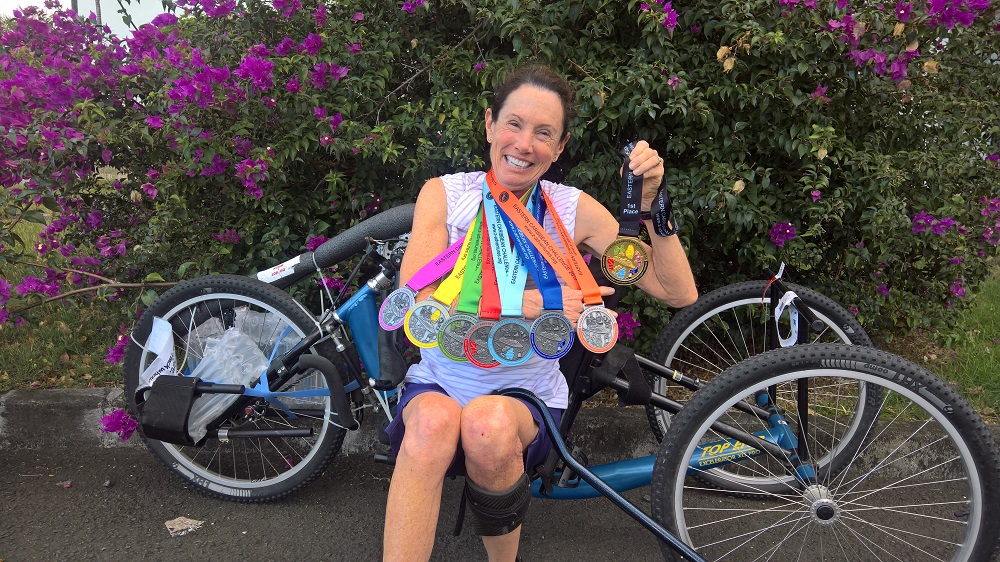 San Clemente resident Beth Sanden recently added another line to her list of incredible handcycle accomplishments by completing seven marathons in seven days in the Eastern Caribbean Challenge to establish another world record.

Sanden completed the Eastern Caribbean Challenge on March 14 with the races on Guadeloupe, the British Virgin Islands, St. Maarten, Dominica, St. Vincent, Martinique and on a cruise ship in the Caribbean.

The set of marathons completed a fourth world record for Sanden. She was officially awarded her third world record back in February for completing the South African Challenge, another seven-marathon event in seven countries over eight days, in August 2017.

Sanden has also completed seven marathons on seven continents and the North Pole on her handcycle and holds records as the first female to accomplish the feats with the fastest aggregate times.

Sanden suffered a severe injury during a bicycle race in 2002. She landed on her back and severed several vertebrae, making her an incomplete paraplegic.

Sanden finished second in the handcycle division at the New York City marathon back in November. Sanden has completed six of the world’s 12 major marathons.

The event was postponed earlier this month due to the run of rainstorms.

Opening Day starts at 8:30 a.m. with a ribbon-cutting ceremony for the new fields at Vista Hermosa Sports Park, followed by the player parade.

There will be food vendors, music, Fun on the Run, photo opportunities and, of course, baseball games throughout the day.