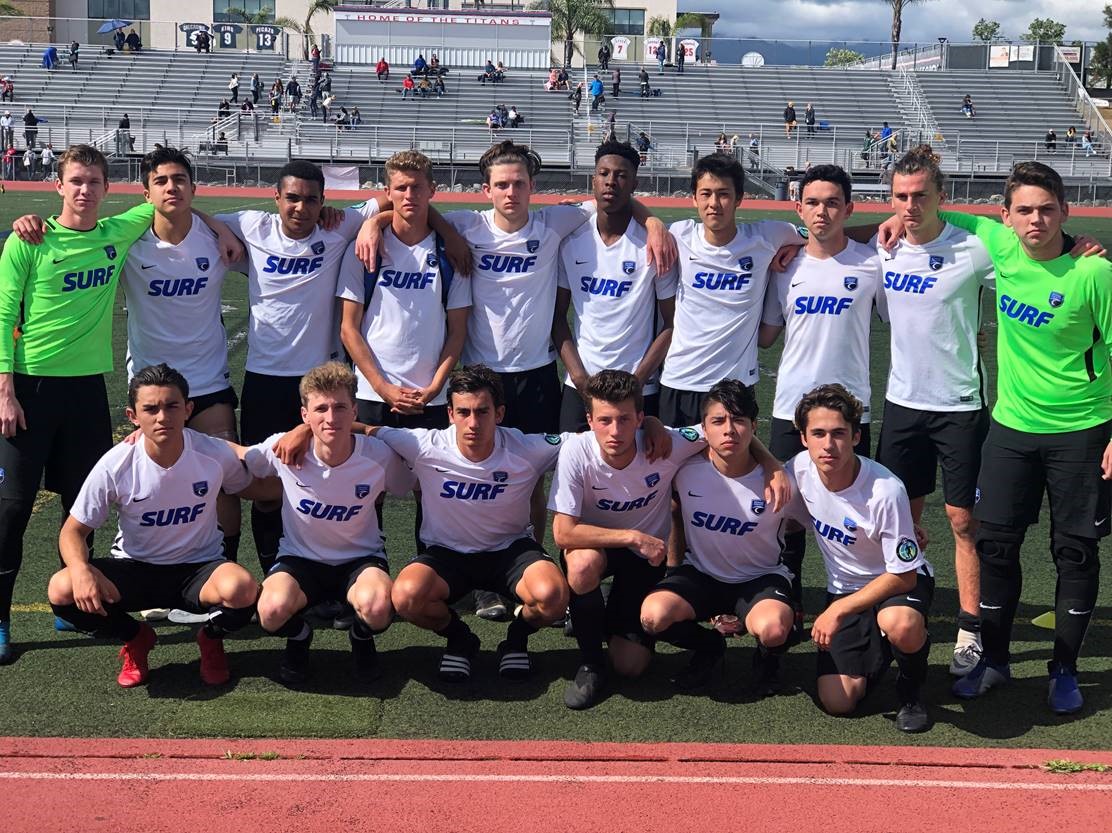 In the ECNL, OC Surf was rarely challenged.

The U19 team, ranked No. 6 nationally, finished 15-2-3 overall to win the regular season title and won its final five games of the season and nine of its last 10, with the final four by a combined shutout score of 20-0.

In the ENPL National Playoff, OC Surf will be one of 17 teams competing for the national championship. That group includes the seven ECNL conference champions and nine NPL league champions from across the country.

In previous seasons, the ENPL National Playoff was held in two locations, one on each coast. A new format debuts in 2019 with all matches taking place in one location, with a true national champion being crowned on the field.

The San Clemente Volleyball Club’s girls 16s won the Junior Volleyball Association’s West Coast Cup on May 27 at the Long Beach Convention Center. The win qualifies the team for the AAU National Championships on June 25-28 at the ESPN Wide World of Sports in Orlando, Florida.

The San Clemente team went 8-2 in the tournament and won its final five matches on its way to the gold bracket championship. The 16-year-olds won 17 sets across the 10 matches.

“I’m so proud of how the girls stuck together and battled to the finish,” SCVC coach Richie Whiting said. “This team has been working hard all season, and it’s great to watch them reap what they’ve sowed. They deserved the victory.”