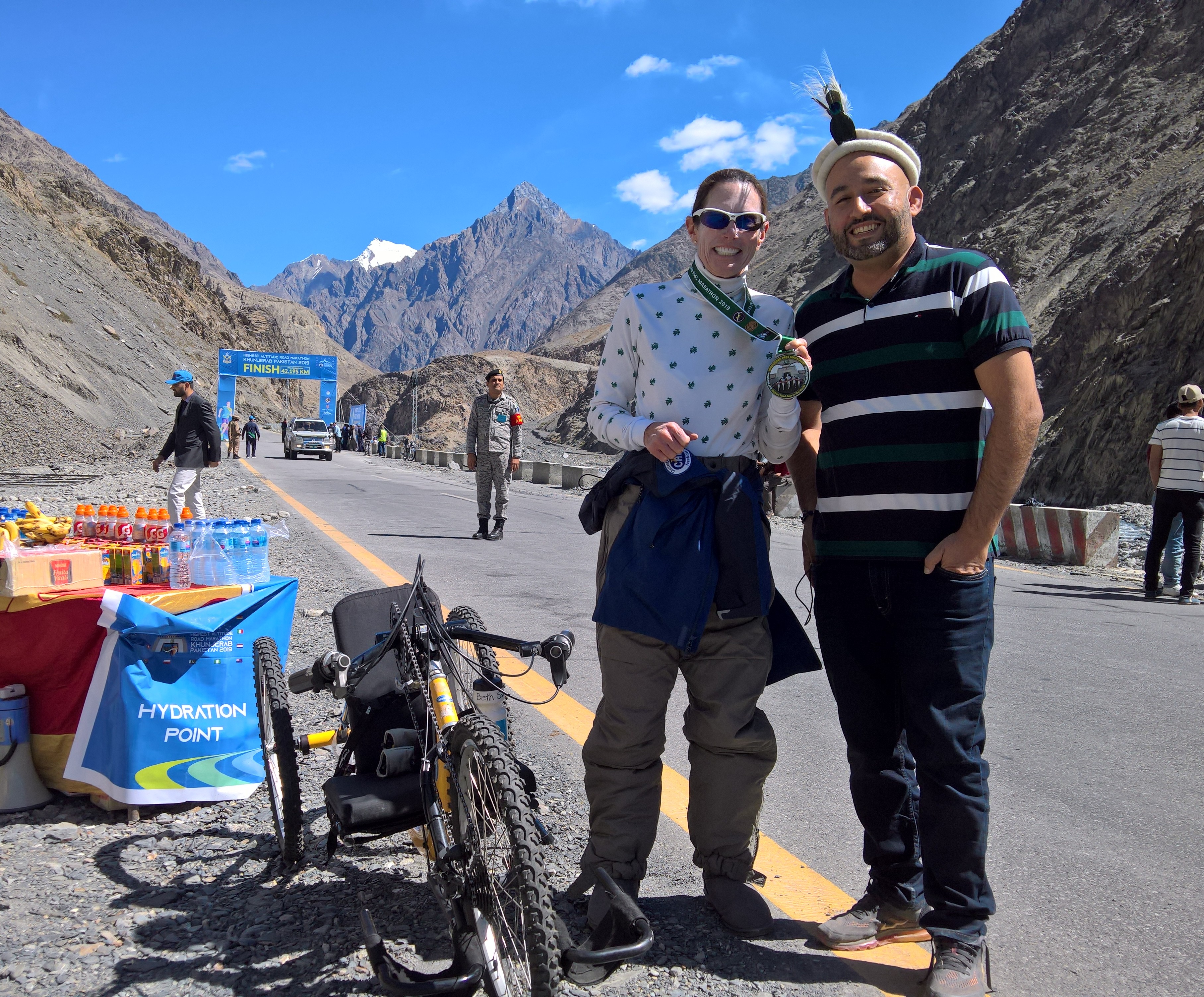 Olympica Gymnastics Academy put together another collection of medals with a successful weekend at the Masquerade Mania Meet in Rancho Cucamonga on Oct. 5-6.

San Clemente’s Teagan Blandford took on the 6-8-year-old division. Blandford earned gold in the vault with a score of 9.1 and the bars at 9.5 and took bronze on the beam at 9.5. With all of the results combined, Blandford earned the all-around title with a total score of 37.2.

Mission Viejo’s Sasha PourTeimour earned the all-around gold in the 9-year-old division. PourTeimour captured gold on the vault at 9.5, bars at 9.55 and floor exercise at 9.525 and put up a combined score of 38.075 for the all-around.

Olympica Gymnastics will next compete on Oct. 19 at Azarian Gymnastics in Aliso Viejo.

Beth Sanden of San Clemente added another record to her impressive collection in Pakistan on Sept. 21.

Sanden became the first to complete a handcycle marathon in the highest-altitude road marathon in the world in the Khunjerab Pass Marathon near the Pakistan-China border. Sanden completed the 42.2-kilometer course in 2:15.02.

The Khunjerab Pass is the highest paved international border crossing in the world at nearly 15,500 feet.

This record is the fifth for Sanden after completing seven marathons in seven days in the Caribbean in March and being awarded her then-third world record in February for completing the South African Challenge, another seven-marathon event in seven countries over eight days, in August 2017.

Sanden has also completed seven marathons on seven continents and the North Pole on her handcycle and holds records as the first female to accomplish the feats with the fastest aggregate times.