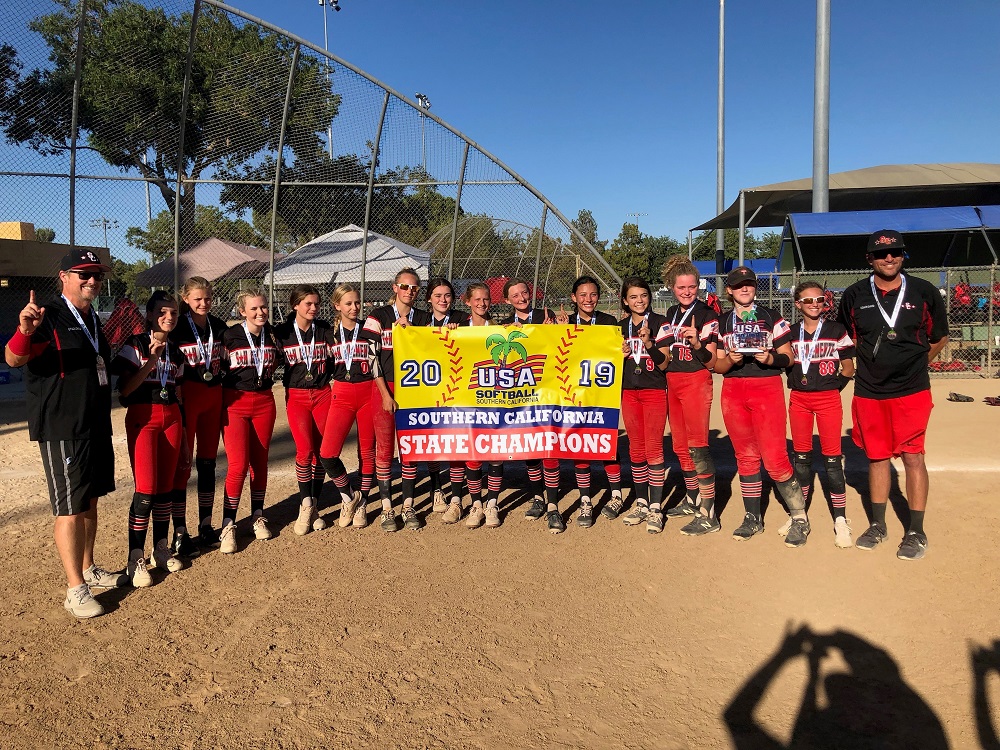 The San Clemente Girls Softball 14U team posted a 6-0 record to earn the USA Softball Southern California State Championship on June 28 in Lancaster.

San Clemente dominated through the early rounds with a 7-0 win over Santee, 17-7 win over East LA, 9-3 win over Rancho Trabuco and 10-4 win over San Diego. For the title, San Clemente edged out two one-run wins over Upland, 7-6 in the winner’s bracket final and 10-11 in the championship game.

The San Clemente 14U team now moves on to the Western Nationals in Redding on July 23.

The San Clemente 8U, 10U and 12U teams will play in the Regionals on July 12 in Lakeside.

San Clemente moves on to the Section 10 tournament on July 13 in Huntington Beach.