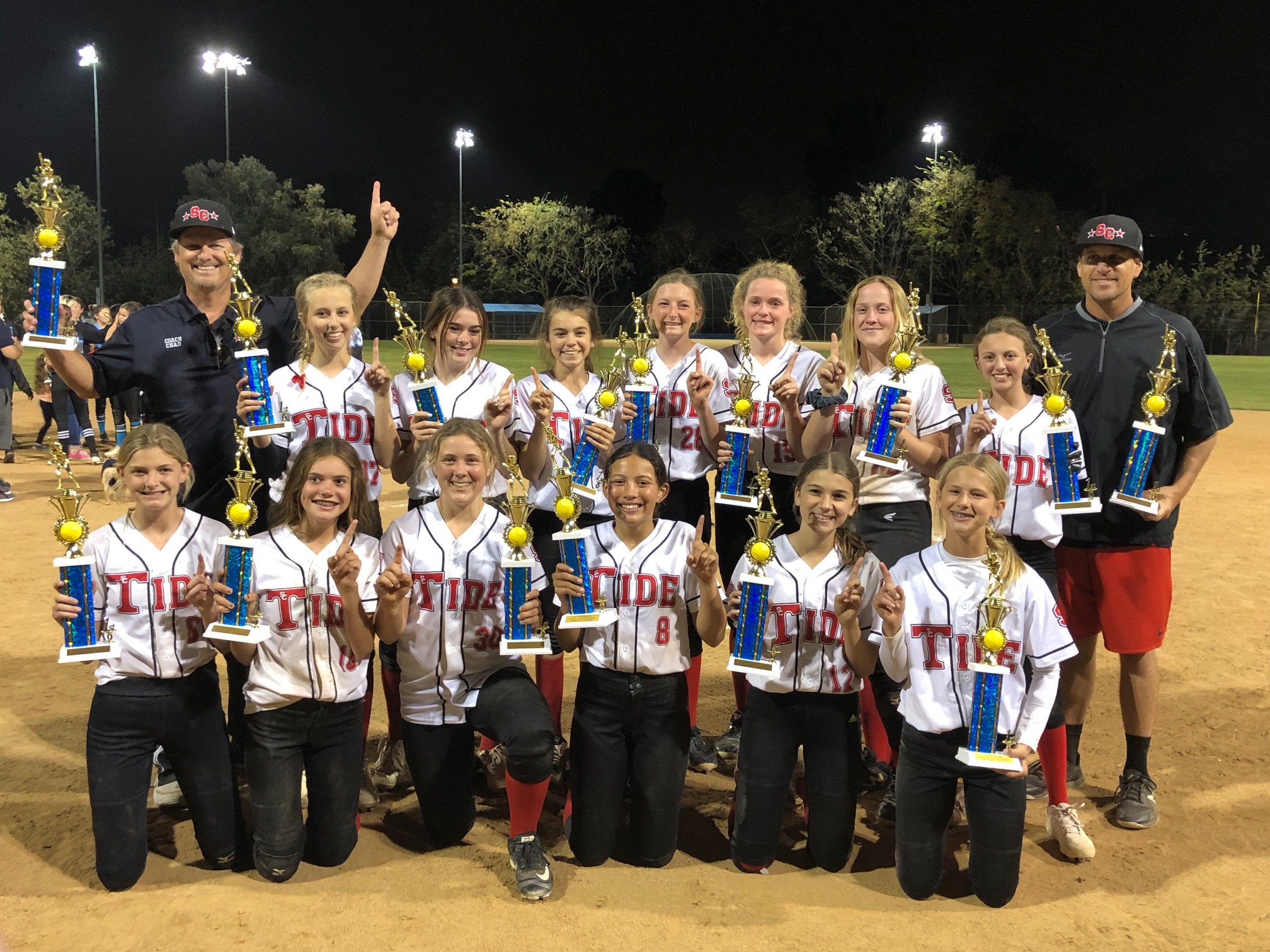 San Clemente finished second in its pool with one win and one loss, but then turned it on in bracket play. The Tide beat two teams from host Mission Viejo to reach the Final. San Clemente breezed in the first game, 14-5, and narrowly won the second game, 7-6.

In the final, San Clemente swung back and forth with Rancho Trabuco.

The Tide got on top early with four runs in the first inning, but Rancho Trabuco fought back to take a four-run lead by the bottom of the sixth, 11-7. With their backs against the wall in the seventh inning, San Clemente tied the game to force extra innings.

San Clemente scored seven runs in the extra frame and held off Rancho Trabuco for the championship, 18-12.

The Tide will continue to represent San Clemente Girls Softball in the All-Star District Season and push for Nationals.

The Fifth South County Cup golf tournament came down to the final stroke on April 28 at Shorecliffs Golf Course.

San Juan Hills Golf Club’s Todd Knight made a 15-foot putt on the 18th hole to tie his match, and Taylor Casper of San Juan Hills rolled in a 4-foot putt to earn the half-point San Juan Hills needed to edge host Shorecliffs, 18-17.5, for the South County Cup title.

San Juan Hills is the first visiting team to win the event after the host teams won the first four editions on the first run through the hosting rotation.

Sports Wall of Fame to Honor Nealy, Crummer on May 18

The San Clemente Sports Wall of Fame will induct water polo legend Bob Nealy and surfing legend Sheri Crummer as its 23rd and 24th members in a ceremony on Saturday, May 18 at the Vista Hermosa Aquatics Center.

Nealy and Crummer were chosen by the Friends of San Clemente Foundation in coordination with the San Clemente Sports Wall of Fame Committee.

Nealy has enjoyed a long career in water polo with accomplishments from the 1960s to recent success in Masters competition. Nealy was also a teacher and water polo coach at San Clemente High School. Crummer is a third-generation San Clementean with multiple national surfing titles. Crummer is also a well-regarded action sports photographer.

Check sanclementetimes.com and next week’s San Clemente Times for coverage of the inductees leading up to next Saturday’s ceremony.