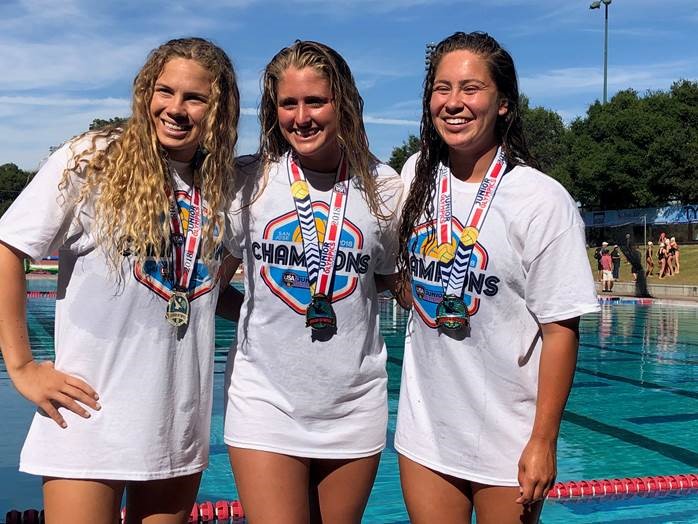 SET went undefeated through seven games to win the 16U Platinum Division title.

On Thursday, July 26, SET kicked things off with an 18-0 drubbing of Dynamo and followed that with a 13-1 win over American River.

Playoffs began on Saturday, July 28 where SET beat Huntington Beach Orange, 8-3, and vaulted over Commerce, 8-4, in the semifinals on Sunday, July 29.

SET closed its tournament on Sunday afternoon with a tight championship affair. SET edged out Santa Barbara 805, 7-6, for the title.

SET’s Pink B team finished eighth in the 16U Platinum Division. SC Tritons 14U finished 10th in the Classic Division.

The SC Tritons Water Polo Club boys 16U B team earned first place at the USA Water Polo Junior Olympics on Tuesday, July 24 in the south end of the San Francisco Bay Area.

The Tritons went 8-1 and scored 80 goals in the four-day tournament to take the Invitational Division title.

The San Clemente High School football program received a donation of $3,500 courtesy of Sam Darnold, the No. 3 overall pick in the 2018 NFL Draft, and an NFL Grant.

The program announced the gift on twitter and followed up by saying the money will be put “to good use for the 2018 season,” including being put towards new helmets.