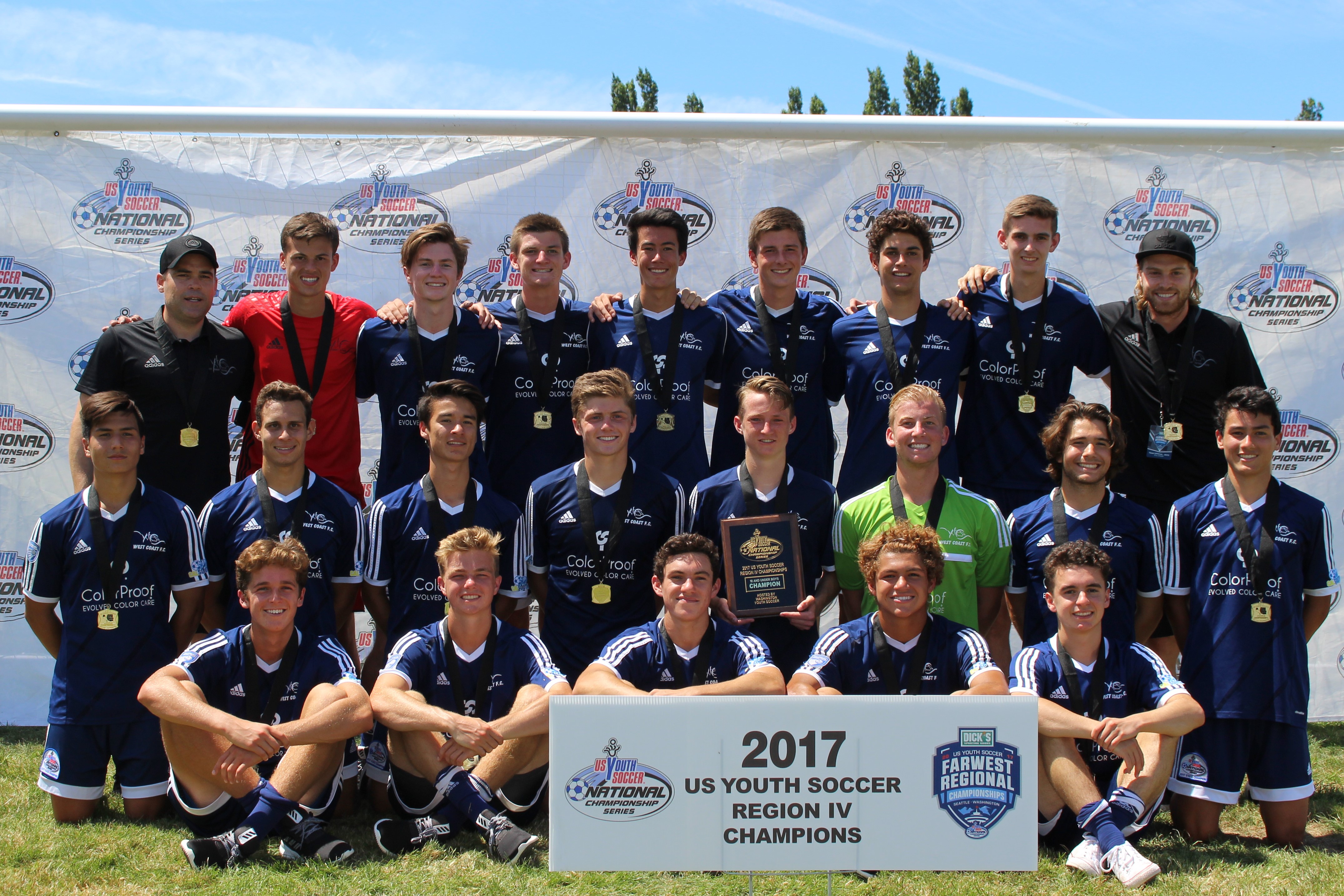 The Far West Regional tournament, which was held in Washington, draws teams from as far away as Idaho and Hawaii, and includes the entire state of California.

The local team, which draws players from San Clemente and San Juan Capistrano, went 2-1 in pool play. West Coast FC shined in the knockout rounds, winning their final three games in the quarterfinals, semifinals and championship match by a combined margin of 7-1. West Coast FC defeated WPFC 99 Black out of Washington 4-0 in the tournament final.

The team scored 25 goals in four games while giving up four.

West Coast FC U18 will head to the 2017 U.S. Youth Soccer National Championships in Frisco, Texas on July 24. West Coast FC is just one of eight teams from throughout the nation that will be competing for the coveted national title in its respective division.

San Clemente players on the West Coast FC U18 team include Trevor Denney and Braden Zines.

Van Hove won the 54-hole tournament, which included 16 of the club’s players.