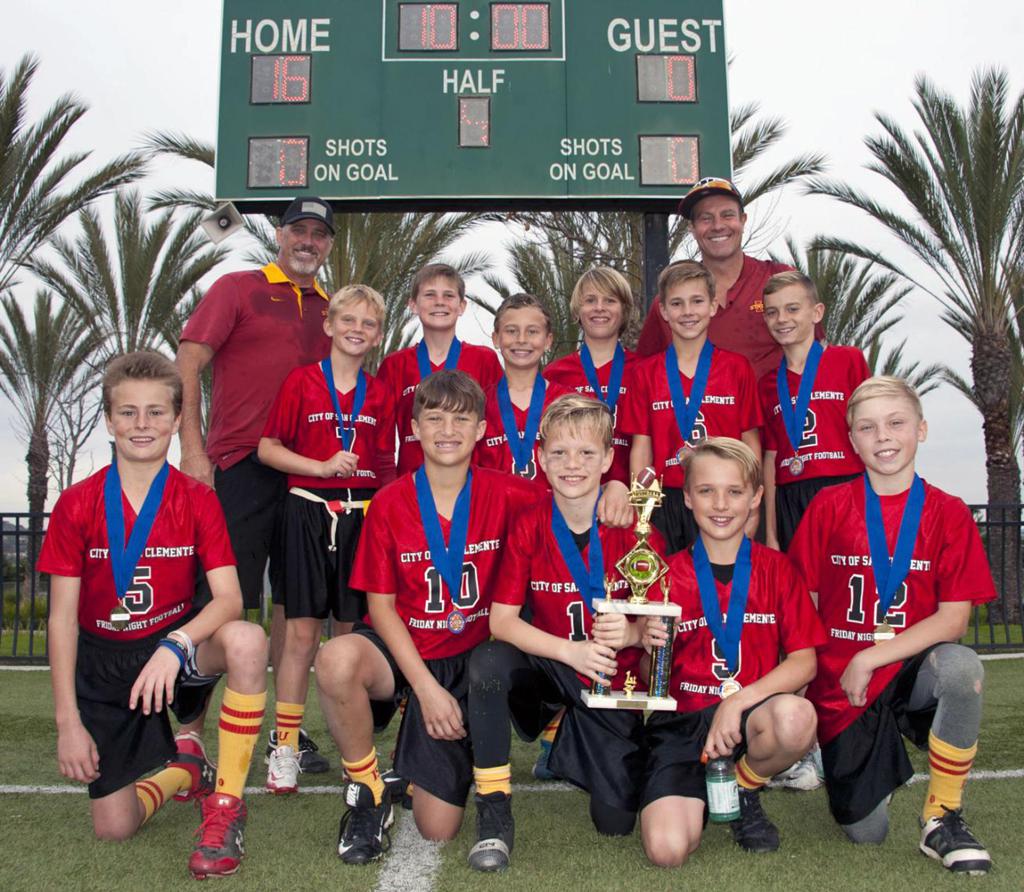 It’s been quite the run for football at all levels in the city of San Clemente, and the youth flag football teams carried that success into their own postseason tournaments.

The Tritonz were dominant through the season with a 7-0 record. Over the five years of Friday Night Lights competition, the Tritonz have lost only two games and allowed only six offensive touchdowns.

The Tritonz and the Cyclones (4-3), who the Tritonz played for the Friday Night Lights title, both advanced to the Southern California Flag Football Regionals at Vista Hermosa Sports Park on Dec. 8-9.

At Regionals, it was a different story for the Tritonz and Cyclones.

The Cyclones and Tritonz met up for the SoCal title, and this time it was the Cyclones that came away victorious with the Regional Division B championship.

San Clemente added another championship with the third- and fourth-grade team in Division C.

The Wolfpack traveled to Pasadena for the Southern California Regionals and kept their roll going.

The Wolfpack shut out Oxnard, 34-0, and edged out a win over Blythe, 18-12. In the semifinals, the Wolfpack posted a solid 20-6 win over Porterville.

In the Division C final, the Wolfpack knocked out host Pasadena, 34-20, to take the Southern California title.

San Clemente went up to Mira Costa in Manhattan Beach and recorded big wins on the varsity (46-10) and junior varsity (54-10) levels.

It was the first match for the Tritons in the new Southern California Interscholastic Rugby Federation. The SCIRF is a CIF-level league formed with the best teams in Los Angeles and San Diego Counties with San Clemente as the lone Orange County representative.

Last season, the Tritons played in a San Diego County division as the program looked for higher competition and the sport looks for CIF status.

The SCHS program is continuing to grow with a full roster of 50 players in the program and a JV SoCal championship last season.