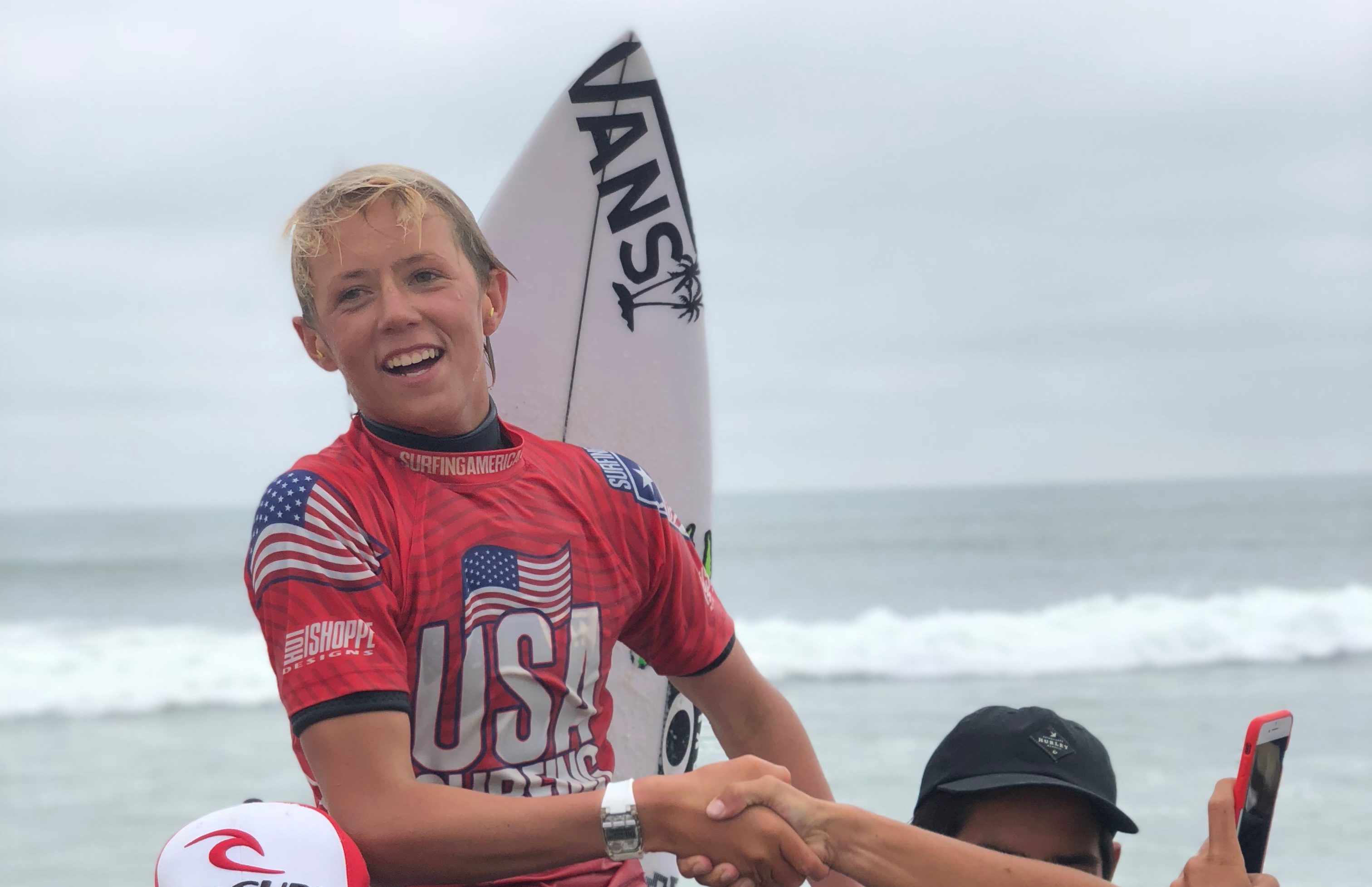 Last week, Crosby Colapinto won the Los Cabos Open Pro Junior, but apparently that wasn’t enough. Upon returning home to San Clemente, he jumped straight into the USA Surfing Championships at Lower Trestles and earned himself the title of under 18 U.S. national champion.

To say Colapinto is going places might be an understatement, considering his older brother, Griffin, is currently a strong candidate for Rookie of the Year on the WSL’s Championship Tour. But he’s hardly the only kid from town shaking things up. Out of the eight divisions in the USA Surfing Championships, San Clemente surfers won four of them. Jett Schilling, who joined Colapinto in the final of the Los Cabos Open Pro Junior, won the under 16 title, beating friend Kade Matson in the final. Schilling also finished runner-up in the under 18 division.

Samantha Sibley squeaked out a win in the under 16 division, locking in an impressive 9.57 at the end of the final to come away with the win. Posting a perfect 10 earlier in the competition, like Schilling, she also made an appearance in the under 18 final.

“Our athletes brought excellence today,” said USA Surfing head coach Joey Buran. “The performances reflect months of preparation, hard work, sacrifice and honing mental heat management. It all builds, progresses and hopefully peaks at the right time, and for some it certainly did.”