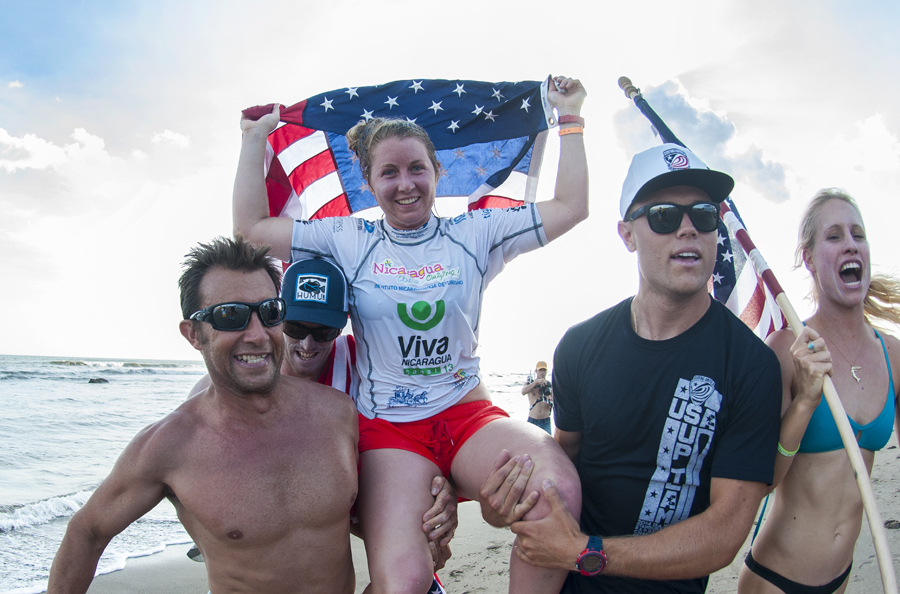 Merrill turned in a string of strong performances in early rounds including posting the highest heat score of Round 2 with a two-wave combined total 11.27 points (out of 20) to advance to the finals.

In the finals she claimed the gold medal by a convincing 4.23-point lead, defeating runner-up Caroline Angibaud of France, 13.50 to 9.27, respectively. Australian Shakira Westdorp came in third place with 9.23 points and Iballa Ruano of Spain took fourth with 5.28.

This was a second title win for Merrill who was also the 2012 ISA WSUPPC gold medalist.

The SUP Surf division kicked off the event, which ran May 3 through 11, followed by  prone paddling and SUP racing divisions.

Caroline Marks Continues to Break Barriers in Surfing, Looks to Add Olympic Gold to Her Resume