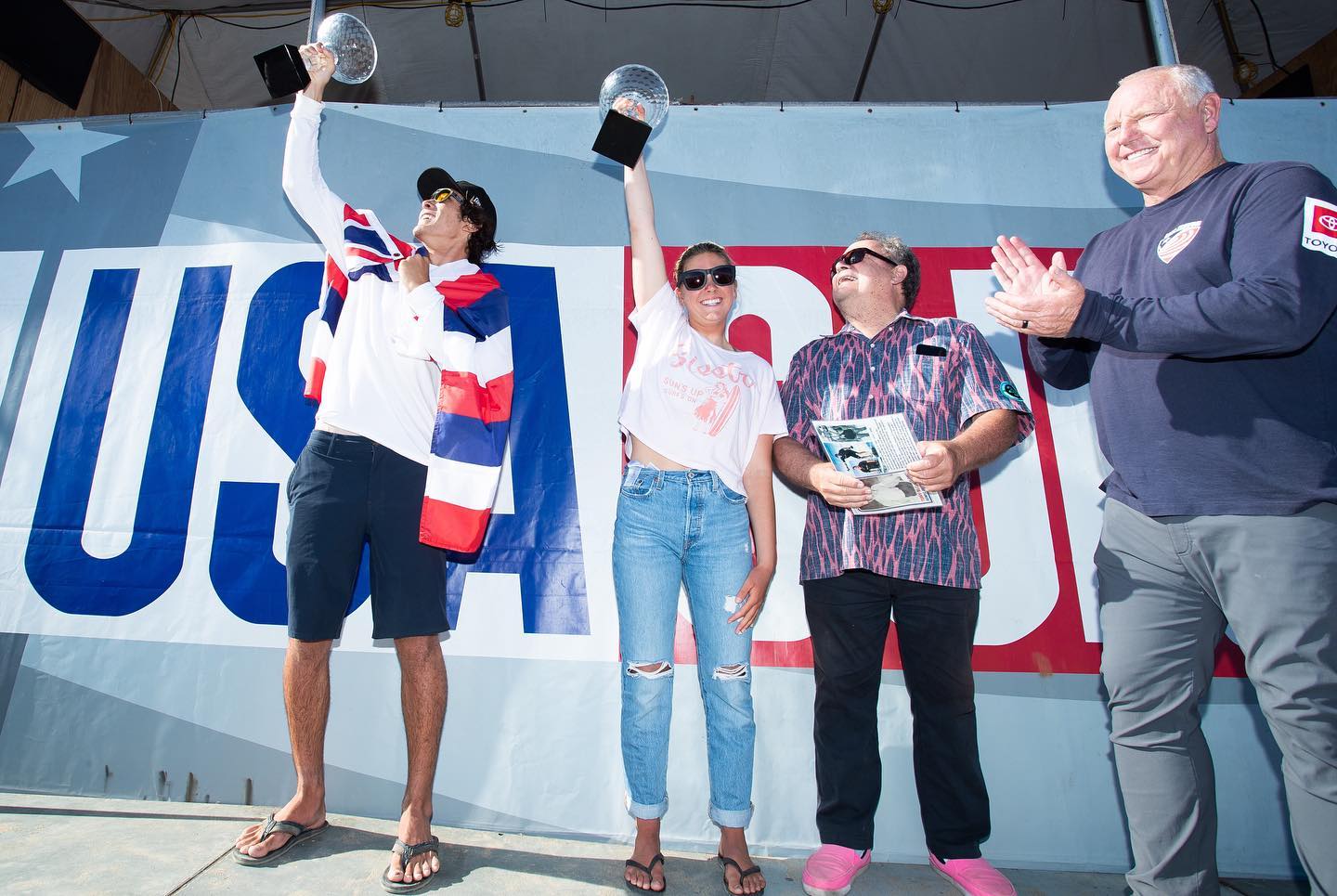 From a pumping swell to start the week to a local rising star getting chaired up the beach at event’s end, the Toyota USA Surfing Championships at Lower Trestles last week featured bit of everything.

And when the salt spray had settled, it was San Clemente’s Sawyer Lindblad and Hawaii’s Shion Crawford who had planted a flag in the sand and established themselves as the future for American surfing.

With more than 250 up-and-coming surfers under the age of 18 invited to the USA Surfing Championships, it was far and away the biggest surf contest to come to town in well over a year, and the vibes from the beach all week long couldn’t have been better.

For the first time since the pandemic began in March 2020, San Clemente once again hosted a national championship event. The appreciation for being able to get together and surf and compete was evident on every smiling parent and stoked-out grom.

“We’ve been missing this. It’s so great to see everybody down here having a good time,” said one beaming parent from the cobblestone beach.

Featuring talent from around the country, the event is critical to determining who makes the U.S. National Surf Team and then goes on to represent the Red, White and Blue in various international competitions.

Surfers were invited to compete based on their results throughout the USA Surfing Prime Series on the East and West Coasts. The objective is to provide a foundation for the young surfers and continue to develop their talents as they look to someday graduate to the WSL Championship Tour and potentially the Olympic Games.

Earlier in the week, before the pressure ratcheted up for the finals, competitors and their families and fans were treated to a special “Olympic Expression Session” that saw 11-time World Champ Kelly Slater, as well as local heroes Kolohe Andino, Griffin Colapinto, Caroline Marks and Kevin Schulz, paddle out and do their thing.

Slater barely made it down to the beach in time after the battery of his e-bike died. Unflappable, he jumped on an experimental 5-foot, 6-inch board, shaped by Akila Aipa, and went nuts. Meanwhile, for Andino, the expression session presented an opportunity to surf in front of a crowd for the first time since undergoing surgery for an ankle injury earlier this year.

“It was so great to see Kolohe back finding his form,” said USA Coach Brett Simpson. “It looks like he hasn’t skipped a beat, with some big maneuvers. And Caroline was in fine form showing why that back hand is one of the best in the biz.”

By the time the finals rolled around at week’s end, there was plenty of top-flight local talent from the South Orange County zone still in the draw.

Not only would Lindblad go on to win the highly competitive Under-18 division, she also carved her way into a second-place result in the Under-16 division. With years more to compete in this event, her future is looking extremely bright.

“Today was a dream come true,” Lindblad said on Instagram after her win.

For the young men, it came down to Hawaii’s Crawford and Oceanside’s Lucas Owston. They ended up splitting their finals, with Crawford taking the Under-18 and Owston taking the Under- 16 victory. Oceanside was also well-represented by Caity Simmers, who edged out Lindblad to take the Girls Under-16 final.

The other big winner from this area was San Juan Capistrano’s Lucas Senkbeil Cassity, who dug deep in the dying seconds of the Boys Under-14 final to edge out San Clemente’s Rex Hennings.

Other local successes included San Clemente’s Avery McDonald and Mia McLeish, who finished third and fourth in the Girls Under-14 division, respectively. Lowers regular Finn McCarty also ripped his way into second in the Boys Under-12 division.

Congrats to all the winners and every other surfer who paddled out and gave it their all. It’s been a long, strange trip to get back to this point, but after a week at the USA Surfing Championships, it feels great to have big-time, high-stakes surf contests like this back on our beaches.