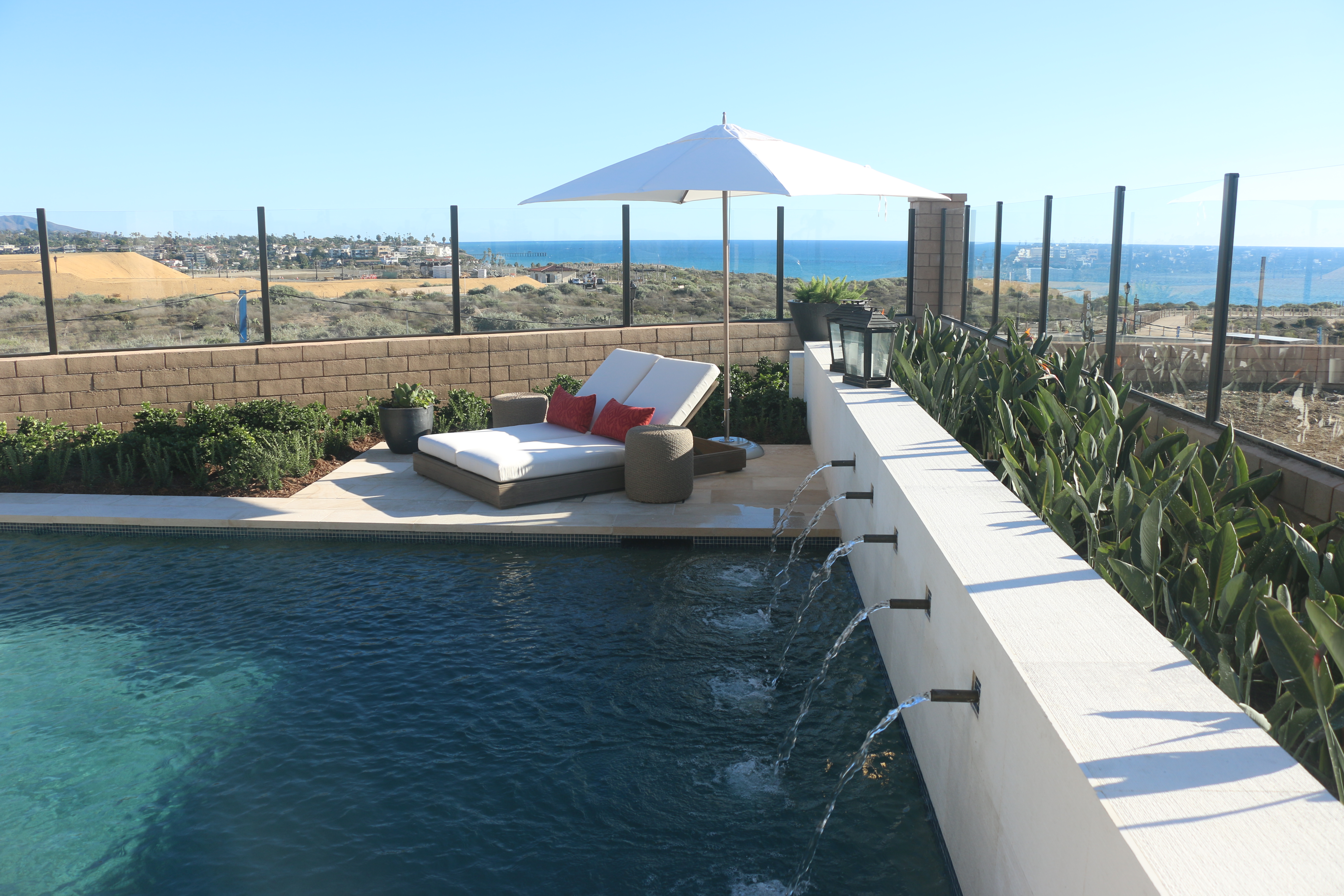 A development 40 years in the making is nearing completion.

Sea Summit at Marblehead is a 248-acre subdivision with 309 single-family homes situated on a bluff overlooking the Pacific Ocean. Its next-door neighbor is the Outlets at San Clemente across Avenida Vista Hermosa.

It is also located next to the natural habitat, which is slated to eventually be owned by the Center for Natural Land Management, with four miles of walking trails.

Shorecliffs Middle School is located adjacent to the subdivision.

During a media tour of the model homes, Phil Bodem, the president of the Southern California division of Taylor Morrison Home Corporation, and San Clemente Mayor Chris Hamm were on-site.

“We have about 15 homes sold so far,” Bodem said. “Our sales team has been working hard doing site visits and using our website. Each of the home sites offers spectacular views.”

The area is being touted as one of the last new developments in Orange County with premium coastal views.

“There’s nothing as unique as what San Clemente offers as far as the views and the trails,” Bodem said. “We just recently received our final approval from the (California) Coastal Commission for the last 24 homes. We’ll start construction soon and it will take about five or six months to complete those home.”

Because the homes are within 1,000 feet of the coastline, the California Coast Commission must approve all proposals for additional development within the subdivision.

“One of the things we discussed with the architect was keeping that unique Spanish style of homes,” Bodem said. “As we started designing the homes, the city made it very clear to us that embracing that tradition was very important.”

The area where Sea Summit sits has been long-debated. Plans for the land included more than 2,000 homes at one time as well as the Richard Nixon Presidential Library, according to Jack Skelley, president of JSPR public relations, which is working with Taylor Morrison.

Last weekend thousands of potential homebuyers were invited to view the model homes and the neighborhoods within the subdivision.

“We’ll have our first homeowners move in by December,” Bodem said. “After that, we’ll be on a steady roll into next year.”

Skelley said homes at Sea Summit will start in the higher $900,000 range and the most expensive are expected to cost about $3 million. There are four quadrants of the subdivision: Sapphire, Indigo, Azure and the courtyard homes of Aqua.

Bodem said prices depend on the home size and location.

A community facilities district cost will be imposed on the homes in order to pay for infrastructure, which will total $58 million over a 30-year period, as approved recently by San Clemente City Council. The cost would be about $8,000 to $11,000, or 1.1 percent per value, per year on top of property taxes. Each homeowner’s annual cost will depend on their property value and size. The home sizes range from 1,785 to 5,000 square feet.

One homeowner association will oversee the entire subdivision and Bodem said there aren’t any unique covenants that govern the subdivision.

“We’ve seen a lot of buyers from Southern California,” Bodem said, adding there haven’t been many international buyers. Many inquirers have come from Irvine and San Clemente locals.

The Summit House is a 6,500-square-foot recreation center located in the center of the subdivision, which will offer a 1,000-square-foot fitness center, pool and areas for social gatherings. Bodem said some of the amenities will take about a year to construct.

The project was closed on about a year and a half ago when Taylor Morrison obtained the property. Bodem said although the company he represents will finish the project, it wouldn’t have been possible without the efforts of the developers who came before.

“It’s great to finally see homes coming in here,” he said. “Our involvement hasn’t been as long, but there are a lot of other people before us who were involved in it, and all those folks definitely deserve a lot of credit.”