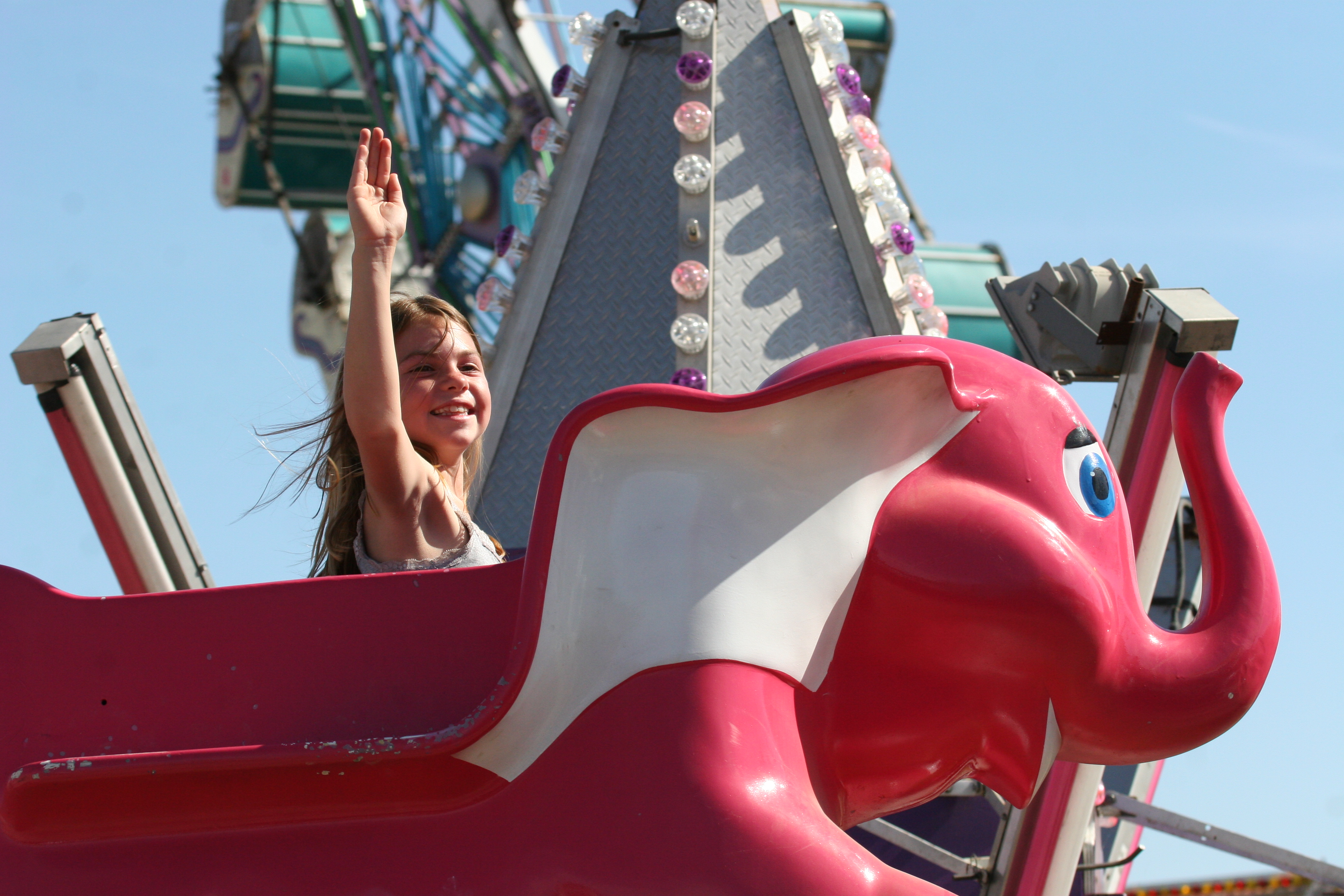 While the leaves on the trees might not turn with quite the beauty they do elsewhere, the seasonal turn is bringing in its own changes to San Clemente.

Two major events will be coming to San Clemente in the next week. This week brings the 25th annual SeaFest on Sunday, sponsored by the San Clemente Chamber of Commerce. Next weekend will bring the Carnival Colossal and Expo, which returns after a one-year break at the Vista Hermosa Sports Park.

SeaFest, which celebrates its 25th anniversary this year, is going back to its roots, somewhat. The annual surf contest, which had originally been a feature for younger groms, had grown to include a number of competitors from outside the city. Chamber President Lynn Wood said the organization has decided to return the contest to local children.

“We wanted to get back to a hometown feel for the contest,” Wood said. “Parents are really excited.”

Until this past week, however, the contest may not have come together. Though the chamber had ordered prizes and taken other steps to get it going, the organization didn’t have anyone to actually run the contest. A call went out to members and others in the community looking for help. Dean Reynolds, owner of The Warehouse and a veteran contest organizer stepped up after receiving a call from a friend about the need.

“It’s a community event,” Reynolds said. “We never want to see an event like that, and particularly a surfing event, go by the wayside. As soon as I heard I said ‘Absolutely, I’m happy to help.'” The same was true, Reynolds said of his co-organizer, Maurice Agnello, who rents space at The Warehouse for his own surf businesses. “I hung up the phone and turned to Maurice and said, ‘Do you want to do this?’ And he said ‘Of course.'”

Reynolds said that while the event had been enjoyable as a bigger contest, brining the contest back to its origins had a number of positives.

“It’s more exciting as a community and family event for the younger surfers,” Reynolds said. “There’s a lot more opportunities for kids to maybe enter their first event and maybe win something.”

In addition to the surf contest, the chamber has added a number of other events for families, in addition to some of the other events that have become a traditional part of the event, such as the chowder contest. New events include a “diaper derby,” races for toddlers and those even younger, as well as a bubble-gum chewing contest. There will also be a Coast Guard search and rescue demonstration planned, although Wood noted that in the event of a need to actually rescue, the demonstration would not take place. Chamber members would also have booths set up at the event.

The Sports Park has hosted the Carnival during its previous two incarnations, in 2009 and 2010, but with construction at the park coming to a close, the carnival was not held last year. Friends of San Clemente Beaches, Parks & Recreation President Tom Wicks said that this year, with construction completed, things should be much easier for those attending.

“The parking is all set out now, there’s great access,” Wicks said. “The field is in much better shape than it was two years ago, when it was kind of a dust bowl.” Parking would be available on-site this year, and a shuttle would also be available to take people from San Clemente High School to the sports park as well.

Group treasurer Jim Nielsen said the park was “a great venue with good size and easy access,” for the carnival. And, with more parents and other residents using the park since it opened earlier this year, more people were aware of its location, making that less of an issue than it had been in the last few years.

Nielsen said the group would be splitting half the funds raised from the expo portion of the event, which will feature a number of local organizations, with the Courtney’s SandCastle Foundation, which is raising funds for the second phase of construction of the universally-accessible playground at the sports park. The second phase will feature a sensory garden with a number of fragrant flowers and other items to help stimulate the senses of children with disabilities. The Carnival also served as the main fundraiser for the Friends, which helps to cover the organization’s limited expenses, as well as helping to fund city recreation programs and scholarship programs to open up participation.

The SeaFest events are all taking place its traditional spot on the San Clemente Pier from 10 a.m. to 3 p.m. Sunday. Parking shuttles will be available to transport attendees from San Clemente High School to the event throughout that period.

The Carnival is being held from Thursday, October 11, through Sunday, October 14. The Expo will run from Friday through Sunday. The events run from 5 p.m. to 10 p.m. on Thursday, 5 p.m. to 11 p.m. on Friday, 1 p.m. to 11 p.m. on Saturday and 1 p.m. to 10 p.m. on Sunday. Tickets booths for the event are available throughout the city. Information on locations can be found at friendsofsanclemente.org.