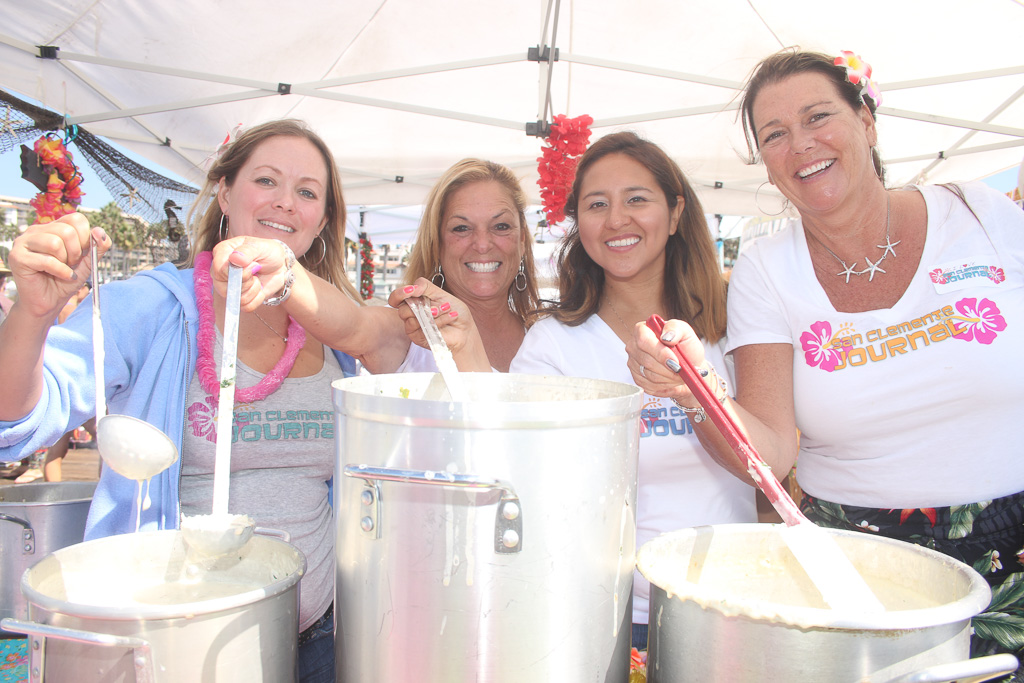 The San Clemente Chamber of Commerce will host the 31st Annual Seafest, where clam chowder enthusiasts can sample and vote in a cook-off competition at the San Clemente Pier on Sunday, Oct. 7.

Chamber officials expect about 10 teams to participate before two sets of judges, one made up of an organized panel and the other representing the people’s choice that consists of eventgoers.

The teams are split into two categories, local restaurants and individuals. The individual division is comprised of the general public, local businesses, nonprofit organizations and Camp Pendleton.

Each team is required to cook a minimum of 25 gallons of soup and can choose between preparing the two types of chowders. The New England chowder is a cream-based broth that has potatoes and bacon bits, whereas the Manhattan style chowder traditionally has vegetables and a tomato broth base.

“This is my first time entering in the Seafest,” said David Henninger, chef of Antoine’s Café, a restaurant that won an award at last year’s cook-off. “The keys to a successful chowder are fresh ingredients, a little creativity and trying not to do the same as everyone else.”

An additional judging category will include booth decorations that best describe the respective business or nonprofit, and points will be awarded for festive styles.
Lynn Wood, CEO of the Chamber of Commerce, said past displays featured “under-the-sea” decor, French and Hawaiian themes.

“This event is special to San Clemente because it showcases the nonprofits and the restaurants in the area while bringing people into the town,” Wood said. “It’s also great for families since we have an amateur surf contest and craft activities for kids.”

In addition to offering chowder, last year’s winner, the Fisherman’s Restaurant and Bar, will be barbecuing Maine lobster with rice pilaf and coleslaw for purchase on the beach.

Foodies can buy $10 chowder tasting tickets before and during the event to use at five contestant booths of their choice. The tasting begins at 9:30 a.m. and ends at 1:30 p.m.