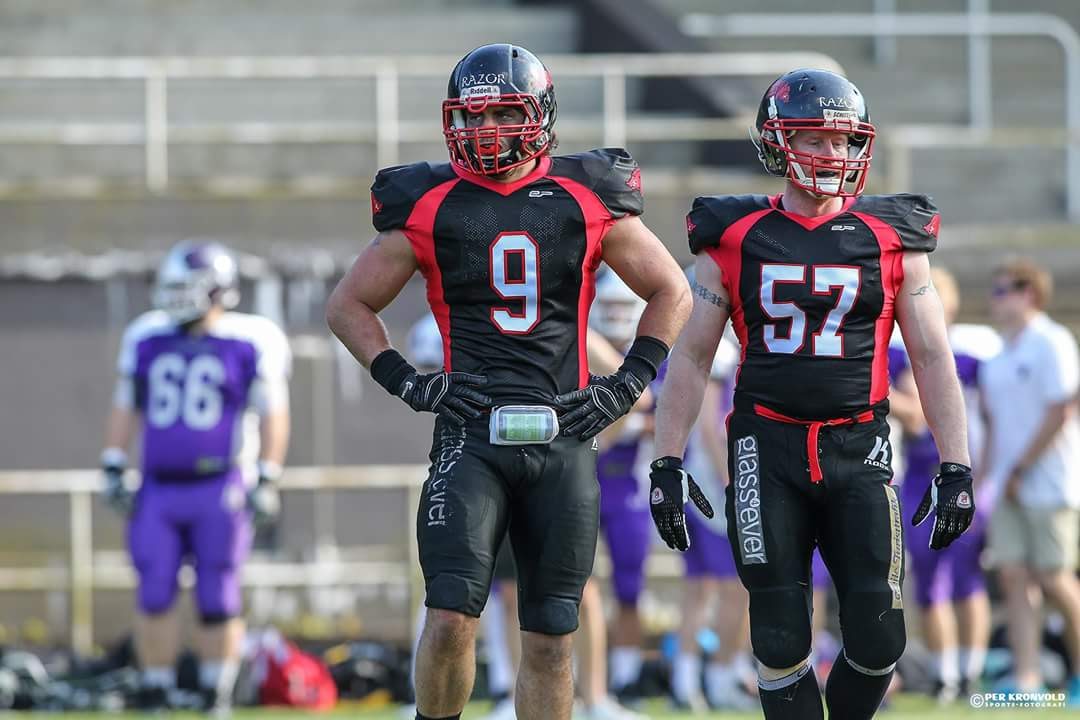 Dylan Reda kept asking himself the same question over and over again for six months.

“Am I really going to end my playing career on a loss?”

He usually found success on the football field, earning second-team all-county honors his senior year playing linebacker at San Clemente High School. He played two years at Santa Ana College, where he shined at inside linebacker and drew the attention of four-year programs. He transferred to the University of Southern Mississippi and started 11 games right away.

A career overseas playing for the Triangle Razorbacks of the Danish League followed. Reda and the Razorbacks won back-to-back league championships his first two seasons.

After the Razorbacks lost in the championship game of the International Federation of American Football Europe Champions League, Reda contemplated retirement.

Life was good. He had recently married his longtime girlfriend and was starting a budding sports training business in Coco Beach, Florida with his best friend from high school. Reda turned 26 this year, and thought it was the right time to hang up the cleats for good.

A letter from the IFAF’s USA contingent changed all that, and sparked that lingering question he had been pondering in his head all offseason.

The U.S. Federation of American Football invited him to be on its 45-man roster at the World Games in Wroclaw, Poland in July. The World Games occur every four years, like the Olympics, and feature thousands of athletes competing in a variety of disciplines.

The itch to take the field one last time, wear his country’s colors and go out a winner was too much for Reda to ignore.

“I was thinking I was done. Then this opportunity presented itself. It’s a once in a lifetime thing,” Reda said. “There’s something in me telling me I have to do this. In four years I’ll be 30. For my age, this will be it for me.”

The recent concussion worried him, so Reda went to Southern Mississippi for a medical evaluation and was given the go-ahead by his former college rehab specialist. With a clear mind and a clear bill of health, he threw himself back into training.

Reda is only guaranteed one more game. The American squad will open its World Games bid against Germany on July 22. If they win, they will advance to the finals on July 24.

After months of asking himself that question, Reda is finally ready to answer it.

“I’m confident that we’ll go over and be the dominant team that we should be,” Reda said. “I’m lucky … it’s going to be an incredible experience.”

Live online coverage of the 2017 World Games can be viewed on www.olympicchannel.com.