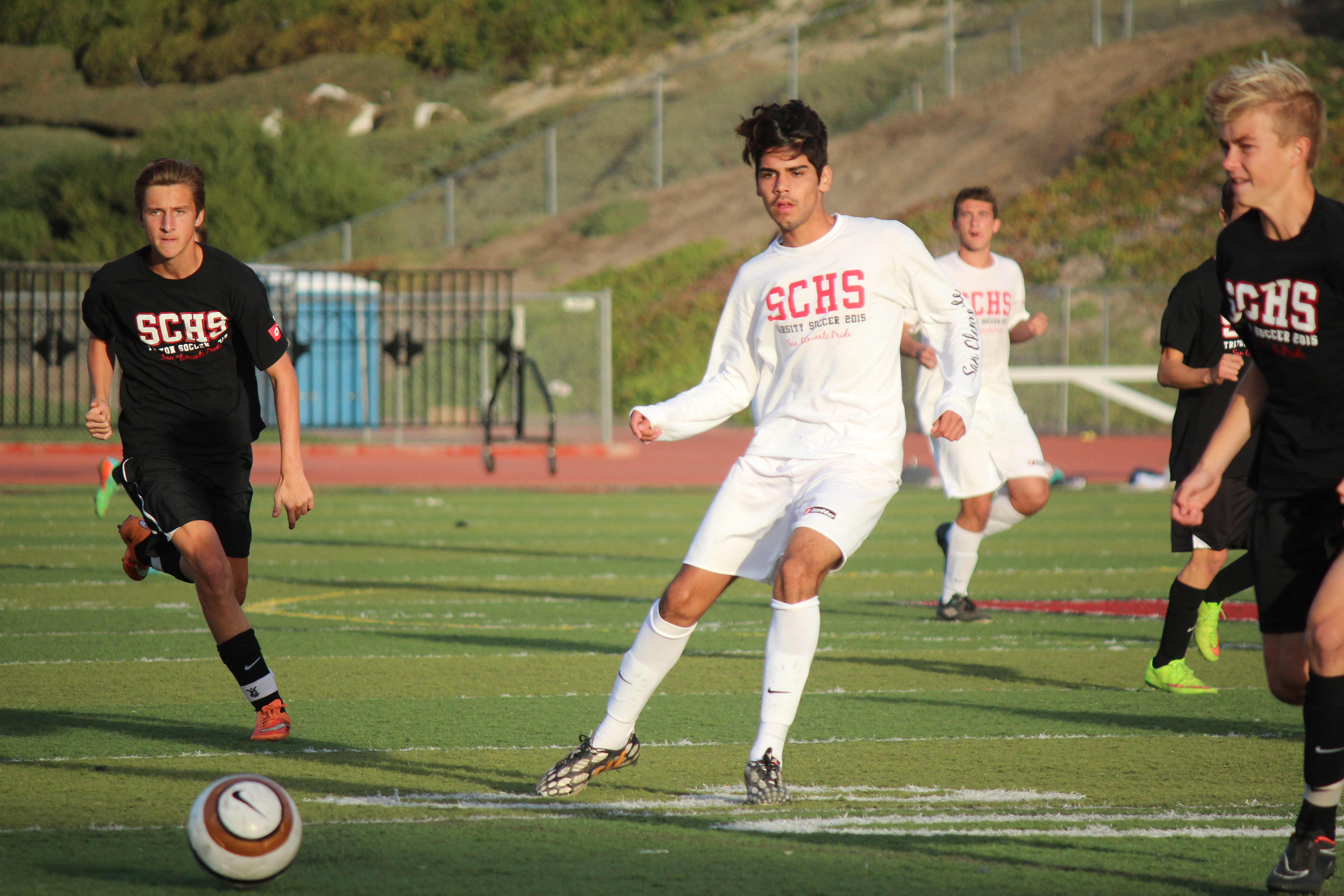 Last Season: The Tritons had a successful year that saw them win the South Coast League title and make an appearance in the CIF-SS Division 1 Championship game. They appeared in the first round of the CIF Southern California Regional tournament.

Circle ’em: San Clemente will host several top teams from California and the top team out of Arizona, Brohpy Prep, in their Lotto Showcase Tournament (12/18-20). League games against Capistrano Valley (1/9, 1/30) are always interesting.

A parallel-running academy league soccer season lured away several impact players from the San Clemente High School boys soccer team’s roster this offseason. The Tritons were slated to have nine returning players in 2014, but due to academy league restrictions, they will field only five returners that saw significant playing time.

But the five players that return have the pedigree and experience that has put San Clemente in the national spotlight in recent years.

San Clemente reached lofty heights yet again last season. They finished with a 25-4-1 overall record and were in the top-10 of several state and national rankings at season’s end.

San Clemente will have a young roster, which has put an emphasis on establishing certain routines that will prepare them for another successful run, according to head coach Mike Pronier. That means establishing identities and roles on the field.

“(Ledesma) has set a good base over the last couple of years. He’s got to want to make an impact on the scoring and assist side and I think he can,” Pronier said.

The midfield will be young, but Pronier believes it is among the team’s strongest units. Sophomore Fernando Vasquez will captain the field at the center midfield position, alongside sophomore Tyler Bagley and senior Eddie Molina.

On defense, sophomore Chase Paulson and senior Alex Drabkin will play prominent roles. Senior defender Jake Bettinelli had a standout junior season but suffered an injury in a recent practice. Once he returns, he will be among the leaders on defense, Pronier said.

The exodus of the several players to soccer academies might have been a tough blow early, but Pronier believes this team has the ability to maintain their status as a top team in the area.

“I think we’re going to be good for different reasons. They’re focused. I think they have the potential to be a very tight unit … so there are a lot of plusses,” Pronier said. “We’ve lost a lot of really good players, but at the same time, there’s a lot to be thankful for. With the right mentality, we can do well.”