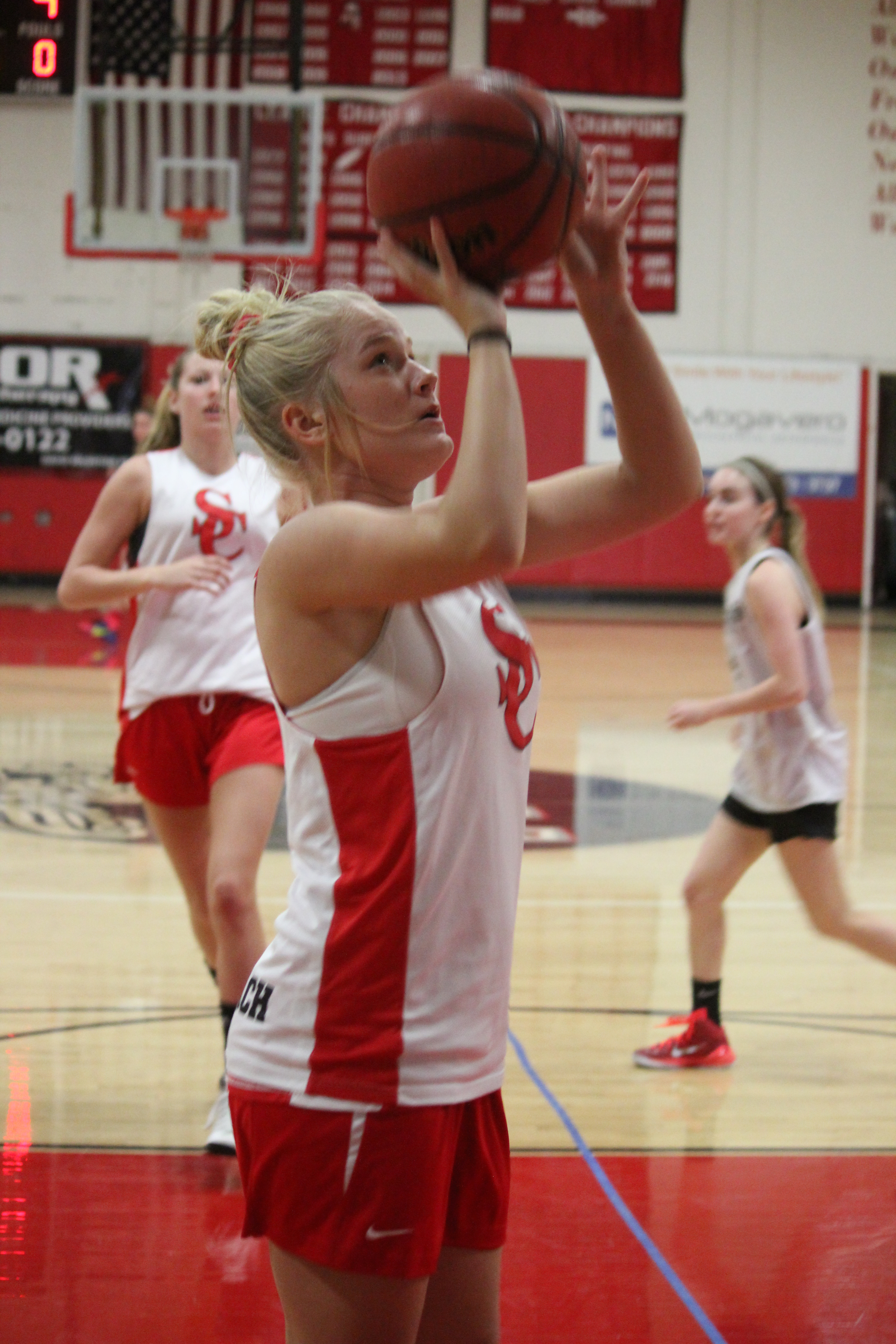 Last Season: The Tritons claimed their second straight South Coast League title and advanced to the second round of the CIF-SS Division 1AA playoffs.

Circle ’em: Preseason highlighted by a trip to Santa Barbara for the Tournament of Champions (12/19-21). League play begins with a game against Aliso Niguel (1/9).

All of the pieces appear to be in place for the San Clemente girls basketball team to make a run at a third straight league title and another deep playoff run.

The Tritons return four of their starting five from last season and all of them are seniors who have played alongside each other for years. The big loss to the rotation was the departure of Jessica Degree, who led the team in scoring and rebounds in 2013.

Degree was a productive player in the paint but the Tritons return a pair of forwards in senior Jenna Rodriguez and sophomore Charlotte Vurgun. Rodriguez had a breakthrough junior season that saw her average 12.6 points and 8.8 rebounds per game.

All three of the Tritons guards from last year return, including the team’s best shooter Emma Bankson. Senior point guard Victoria Mendez averaged nearly four assists per game and will facilitate the ball and lead the Tritons up-tempo offense.

With such a veteran team, the Tritons have been able to pick up where they left off last season without any hiccups.

“We’ve been playing together for over four years, some even before high school. So we all know each other’s strengths and weaknesses and how to make each other successful on the floor,” Bankson said.

Senior Serena Saba played in only 11 games last season and averaged just over four points, two rebounds and two assists per game. Head coach Lacey Burns anticipates her minutes and production to go up this season.