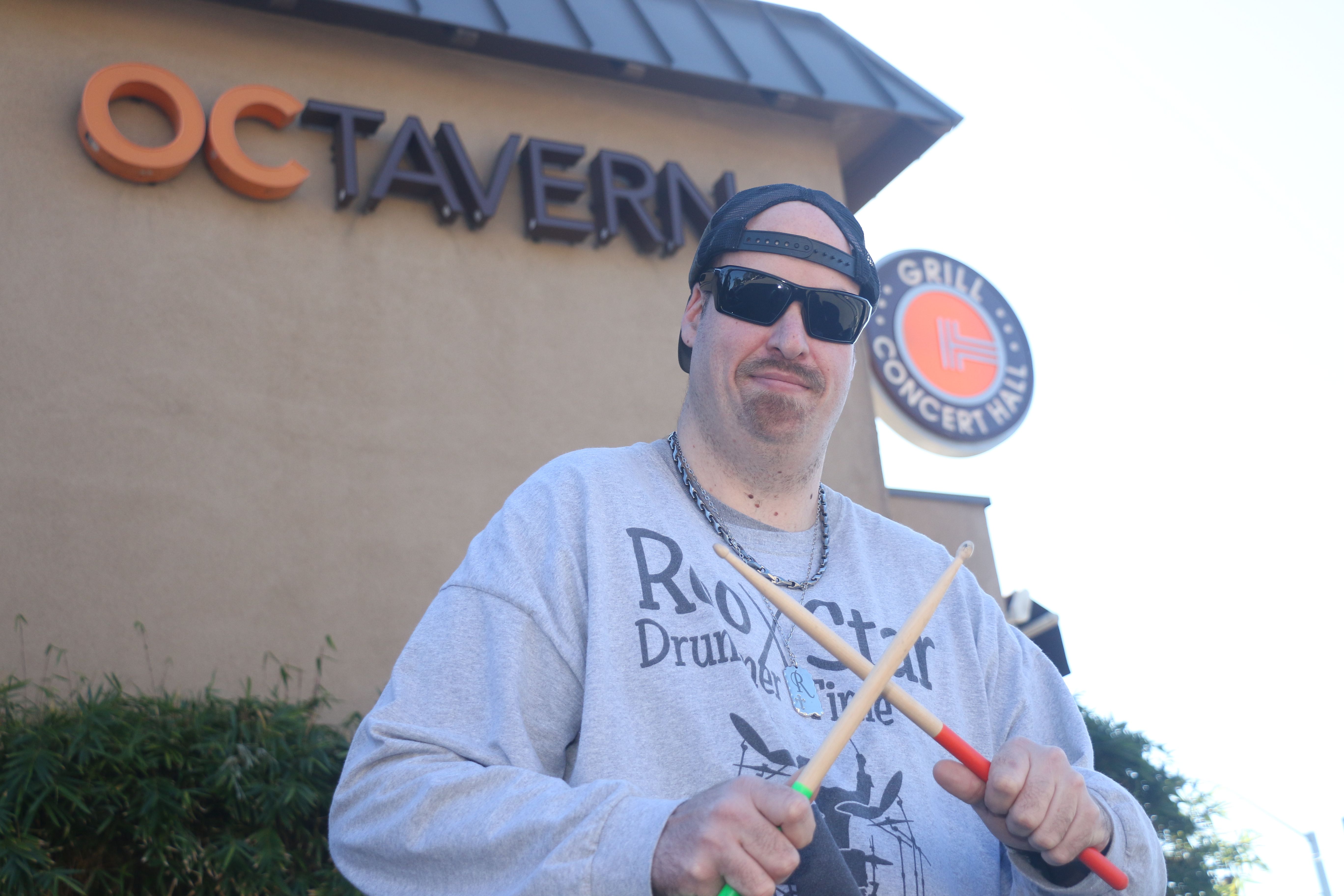 Seeing the Future: Local Drummer Rory Burns to Try Out for ‘America’s Got Talent’

Rory Burns will videotape his audition for America’s Got Talent from 9 p.m.-midnight on Friday, Feb. 3, at OC Tavern, located at 2369 S. El Camino Real in San Clemente. There is no cover charge, and the show is for ages 21 and older.

It’s difficult enough to try to master any instrument, but Rory Burns has done so without being able to see the sheet music. Burns is blind in one eye and has minimal vision in the other.

“I’ve always had really good hearing. I taught myself all by ear. I never learned how to read music because of my eyesight,” Burns said. “It was all by listening by ear, which is probably the gift.”

Burns, who goes by the stage name “RooStar,” grew up in San Clemente and graduated from San Clemente High School in 2003. He said he was placed in special education classes because his eyesight hindered his ability to learn.

“I just tried to challenge myself and did the best I could,” Burns said. “I was told that I couldn’t do things, but no one can tell me that. Only I can tell myself that. If I love something that I’m doing and I’m really good at it, I might as well chase the dream.”

On Friday, Feb. 3, Burns will take the first step in following his dreams of becoming a professional drummer by trying out for the TV show America’s Got Talent, a program that showcases talented people who make it through a nationwide open audition.

A DJ will perform with Burns, who will showcase his ability to cover classic rock, hip-hop and heavy rock songs.

“The kind of music I like is, basically, everything,” Burns said, adding he is influenced by drummers such as Travis Barker of Blink-182, as well as Linkin Park. “I also have to say my little brother (inspires me) because he loves the drums and he’s only 5 years old,” Burns said. “There might be another drummer in the family; you never know.”

Burns said he has been playing the drums for about 28 years.

“Everybody I talked to said I had a talent,” Burns said. “I was getting good at the drums, and so I decided to sign up for it.”

Burns isn’t in a band right now, but he said he does write some of his own music, mostly poetry, which he writes copiously.

Currently, Burns said he is unemployed because of his eyesight, but he would like to make some form of music his full-time profession. He said he hopes it will motivate other people who have similar disabilities.

“I hope it inspires people. That’s what my main goal is,” Burns said. “No matter how hard you have difficulties with disabilities and challenges in life, no matter how hard it is, you can always chase your dreams. The only person who can stop you or say, ‘No’ is yourself.”