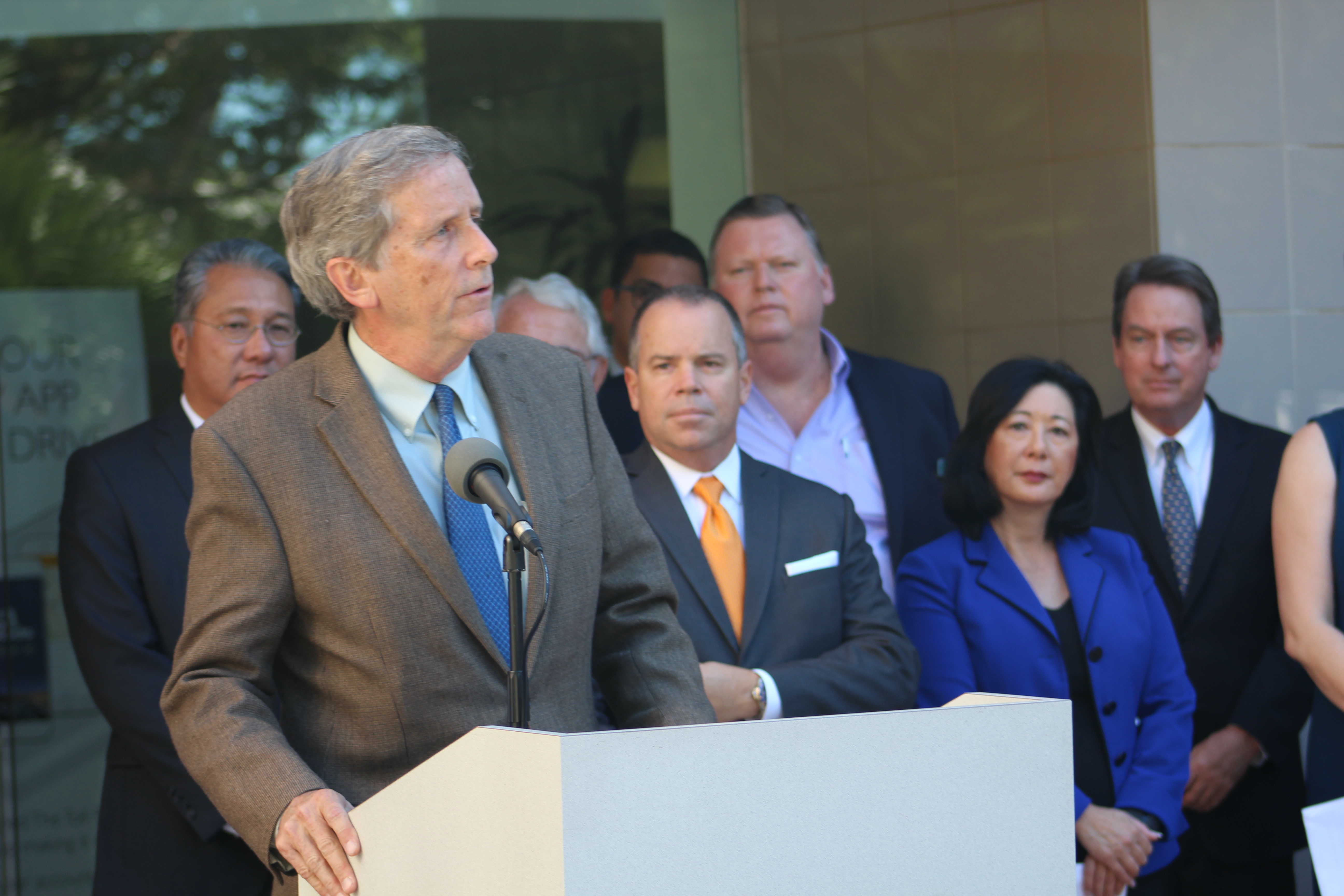 An agreement between the Transportation Corridor Agencies (TCA) and various entities to not allow toll roads to be constructed through San Onofre State Beach, the Donna O’Neill Land Conservancy and San Mateo Watershed was made Thursday in Irvine. The agreement sets standards for the TCA to meet before any construction can take place on toll roads in South Orange County.

This ends about 15 years of litigation from the entities that sued the TCA for proposing to build toll roads the entities stated would affect those places.

Traffic through South Orange County’s portion of Interstate 5 generally ranges from slow-moving flow to stagnant, particularly on weekends and major holidays from Camino De Estrella to Cristianitos Road. The toll roads options have been opposed by many environmental entities, including the Sierra Club and Save San Onofre Coalition.

The agreement also stated TCA will abandon any plans following the “green alignment,” which would have gone through San Onofre State Beach, and the Tesoro Extension project.

“Our coalition has worked diligently for more than a decade to save the park and the surrounding watershed,” Stefanie Sekich-Quinn, coastal preservation manager of the Surfrider Foundation, stated in the release. “This settlement agreement permanently protects these invaluable cultural, recreational and ecological resources that are treasured by the public.”

TCA is required to construct a Coastal Access Management Plan by the end of 2017 and consult with the newly established Environmental Oversight Committee.

Per the agreement, the TCA will be allowed to start state- and federally mandated environmental studies to develop toll road extensions that don’t encroach the environmentally and culturally sensitive areas designated in the agreement. And they’ll be able to do so without legal opposition by environmental organizations within the Save San Onofre Coalition.

“For the past two years, TCA and its team of experts have engaged in thoughtful and productive discussions about the future of improving transportation mobility and the importance of protecting environmentally sensitive areas,” TCA chief executive officer Mike Kraman stated in a press release. “This agreement is a baseline for achieving both of those objectives.”

A conservation fund of $28 million will be created to help preserve and restore the San Mateo Creek and Watershed.

Mike Sappingfield, chairman of the Sierra Sage Group, seemed tentatively optimistic about the agreement in an email he sent out following the agreement announcement on Thursday.

“While the TCA agreed not to build the toll road in the specified areas mentioned, nothing prevents them from trying to build it somewhere else,” Sappingfield stated in the email. “In a nutshell, we can devote our energies towards saving the environment in other areas and issues.”

Ferguson said she couldn’t comment on the reason she voted against it.

“I’m sympathetic to the needs of San Clemente, and what impacts San Clemente impacts San Juan Capistrano,” Ferguson said. She said she could not elaborate on her “no” vote.

Ward said during the Tuesday, Nov. 15, City Council meeting that she could not comment on her vote either.

The TCA is currently working on new proposals for planned toll roads through South Orange County. The agencies have hosted multiple public input meetings, and some of the plans for new roads could take 10 years to formulate.