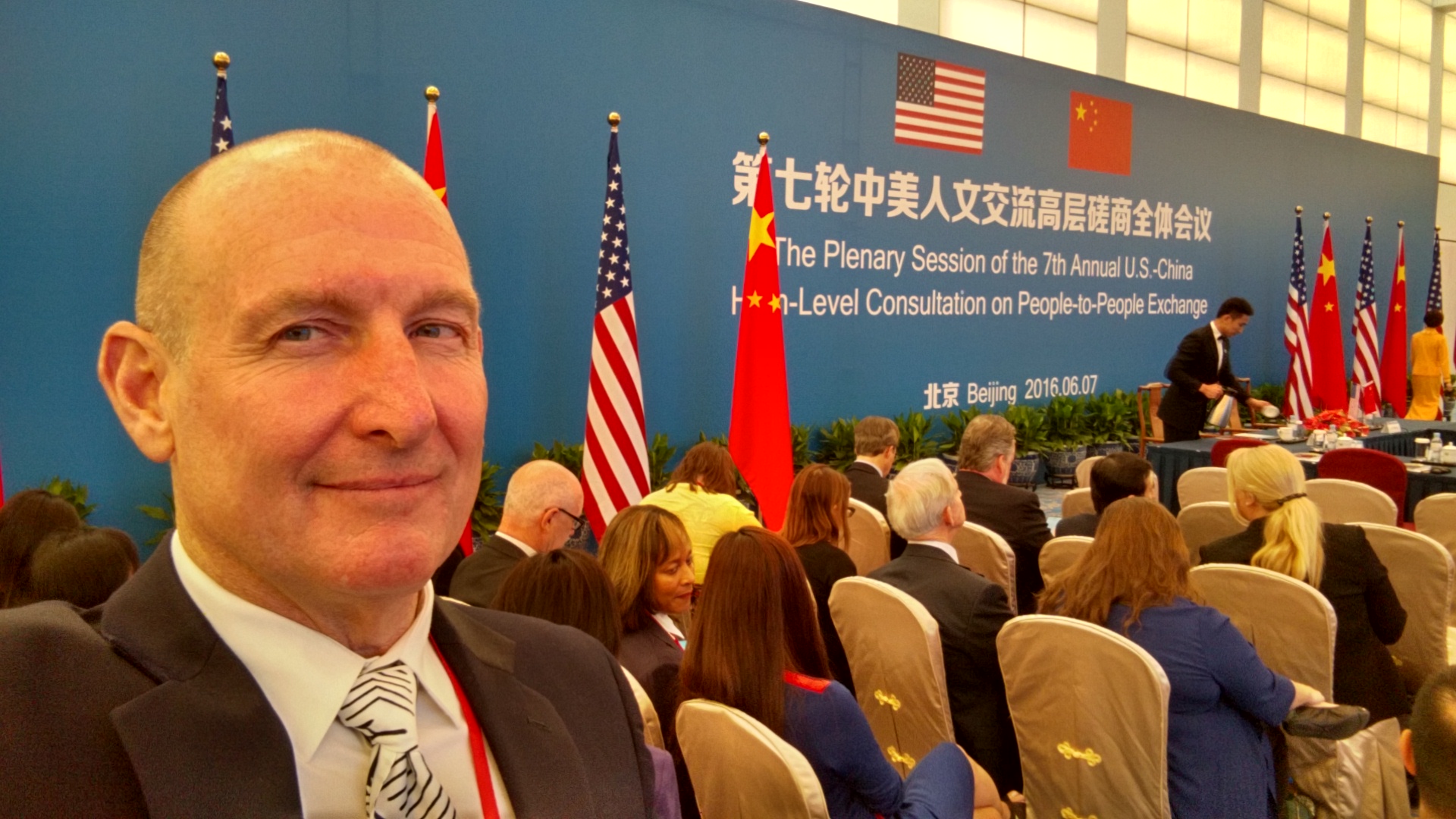 Glenn Brumage has been promoting the sport of surfing not just as a board of directors’ member at the Surfing Heritage and Culture Center (SHACC) in San Clemente, but also abroad.

And the work of Brumage and countless other individuals and group paid off, in part, on August 3, when the International Olympic Committee agreed to add surfing to the sports program in the 2020 Games in Tokyo.

Back in June, Brumage was invited by the U.S. Department of State to attend the seventh annual U.S./China Consultation on People-to-People Exchange (CPE) in Beijing, where both nations hold a high-level discussion on topics like sports, culture, education, science, technology, health and women’s issues.

At this international seminar, he spoke to members of the China General Administration of Sports and Beijing Sports University, “on the subject of promoting the sport of surfing and developing an Olympic level surf training center in advance of the 2020 Tokyo games,” according to a press release by SHACC.

The San Clemente Times had the chance to talk to Brumage about his experience attending the international seminar.

Brumage said he was selected because he has been working on the ground in China to promote surfing and skateboarding for the last eight years.

“I have an understanding of China’s system, their culture, how it’s growing, the people who are most involved in China trying to promote the sport, and that is why they called me back,” he said.

This time last year, Brumage was also in China, and determined that surfing was getting very close to becoming an Olympic sport.

“Surfing had gone through all the hoops they have to go through, and the ISA (International Surfing Association) has done everything they can do and now it’s coming up to a vote” he said.

Brumage said it was rewarding to hear the news of surfing’s Olympic acceptance.

“The real connection for me is that both with SHACC and with China, I’ve had a lot of contact and worked a lot with the ISA on building this sport,” he said, adding that the ISA has pursued Duke Kaganamoku’s dream of including surfing in the Olympics, which started when he presented the idea at the Stockholm Olympics in 1912.

Brumage believes that surfing becoming an Olympic sport won’t change the sport itself, saying “surfing in its soul will stay close to the beach and close to the ocean.”

But for other countries, surfing being legitimized as an Olympic sport presents an opportunity.

“If you are a kid in China, off in the boonies where there is surf, you see this as an opportunity,” said Brumage.

Brumage explained that China is like the U.S. in the 1950s, and it’s only been ion the last 10 to 20 years that China has had advances in social freedom, economic benefits, a middle class and spendable income.

“One of the things you will have in China and in other countries, you’re going to have an Olympic movement that is top down instead of bottom up” he said.

“They’re going to take the best athletes and say, ‘OK, you have an affinity for swimming and gymnastics; you’d be a good surfer,’ and they will go into a training facility and build training facilities” said Brumage.

Brumage said he had the opportunity to discuss what a training facility and program would look like in China, and the specifics they would need to make it happen.